Comment: tvOS 15 is a small update, but it brings two important new features to Apple TV 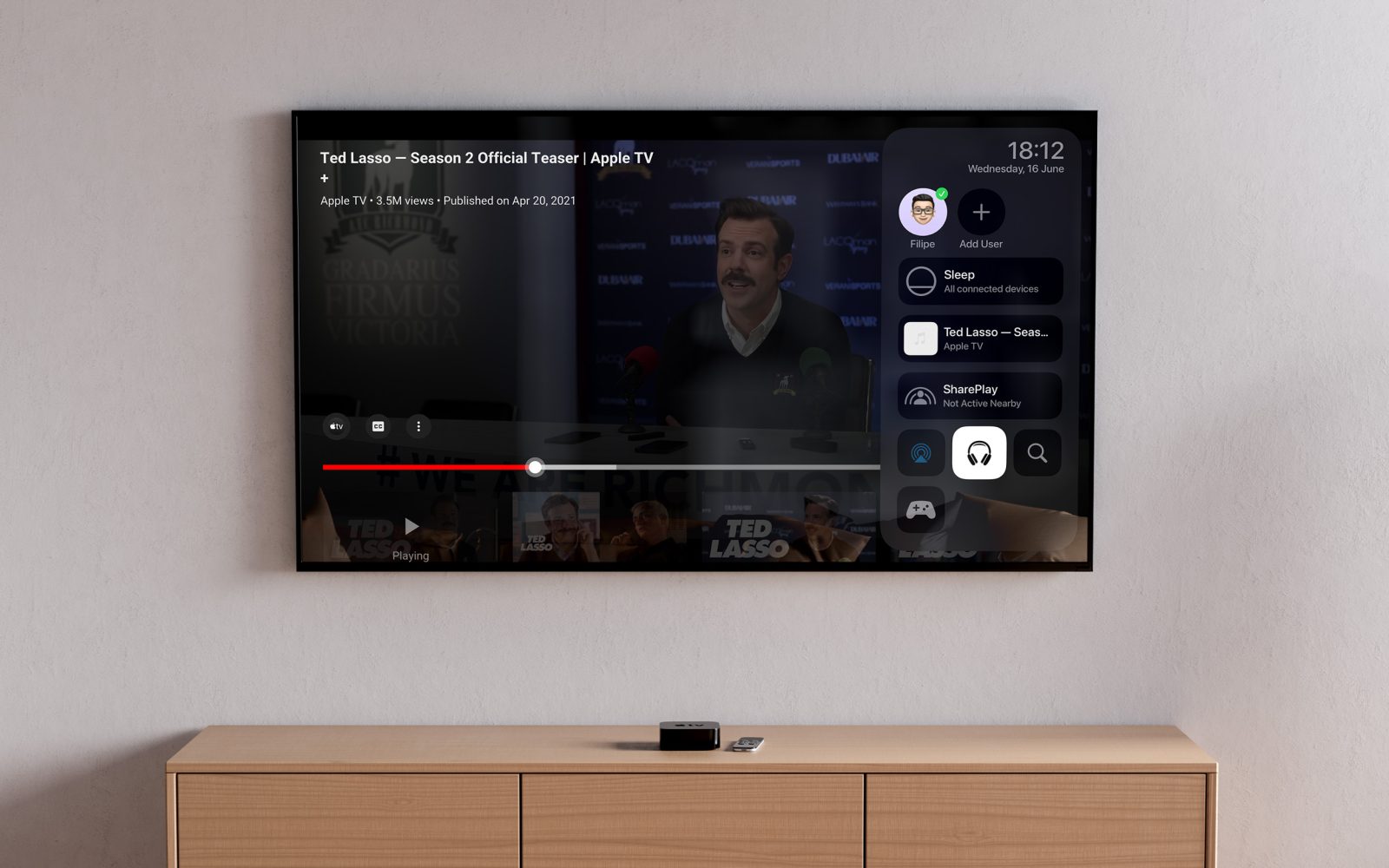 iOS 15 and macOS Monterey were definitely the stars of the show at WWDC 2021 last week, while tvOS 15 didn’t get much attention on stage (or even off stage). Actually, tvOS hasn’t changed much in recent years, but this year, Apple added two important new features for Apple TV users: Spatial Audio when using AirPods and full support for the HomePod mini.

There’s no new interface, no new apps, or even any new Aerial screensavers in tvOS 15, but I’ve been testing the new version of the operating system on my Apple TV, and I must say, I’m pretty happy with what we get with this year’s update.

Besides SharePlay, which lets you watch a movie or TV show and share it with someone else over FaceTime, and the new For You experience with suggestions for the whole family, there are two things from tvOS 15 that are worth highlighting.

Spatial Audio is a feature introduced with iOS 14 to create the feeling of immersive sound in videos with Dolby technology. It uses the AirPods’ sensors to detect your head movements and then direct the sound to the left or right, creating a sense of 360-degree audio. With tvOS 15, Spatial Audio on AirPods finally comes to Apple TV.

Apple had to change how Spatial Audio works on the Apple TV since the user will be looking at the TV and not the device. The system now detects the position of the user’s head when the AirPods are connected and locks it until the user stands up and walks around. Surprisingly, this works very well, and I haven’t noticed any issues here.

But let’s talk about how good Spatial Audio is. There are many things I don’t like about the AirPods Max, but I really love using them to watch content on my iPad because of the immersive sound experience. It really makes me feel like I’m watching a movie in the theater.

However, having to use the iPad to experience this feature just didn’t feel right. TV seems like the perfect place to watch something with 360-degree sound right in your ears. I couldn’t be more right — it’s amazing to watch a movie or TV show with Dolby sound coming from your headphones. This has become another good reason to have an Apple TV at home if you don’t already have one.

tvOS 15 also makes it easier to connect AirPods to your Apple TV. Just like on the Mac, you’ll now see a popup on your Apple TV when it detects that you’re using AirPods. After that, you can start using AirPods with your TV with just a single click on the Siri Remote.

Apple has also added a new AirPods settings toggle in the Control Center, which lets you switch between noise control levels and turn Spatial Audio on or off.

Last year, with tvOS 14, Apple added the option to set a pair of HomePods as the default Apple TV speaker. Even with the arrival of the HomePod mini in October, this option never became available for the smaller HomePod.

Luckily, tvOS 15 will let users set a stereo pair of HomePod mini as the default speaker for an Apple TV. With this option enabled, users don’t have to choose the HomePods from the AirPlay list every time they want to use it for listening to a song or watching a movie. This also enables system sounds to be played on the HomePods, which is something that doesn’t work over AirPlay.

Sure, HomePod mini doesn’t have all that fancy hardware with multiple internal speakers and spatial awareness like the big one, but a stereo pair of HomePod mini definitely sounds a lot better than the built-in speakers of many TVs. And with the regular HomePod now discontinued, this comes as a great option for Apple TV users.

I constantly say that Apple TV is too expensive for what it does. And while I still think so, it’s great that Apple continues to add more value to the product with such a level of integration with its other products.

tvOS 15 may not be the update some users were expecting, but it definitely takes the Apple TV experience to the next level.