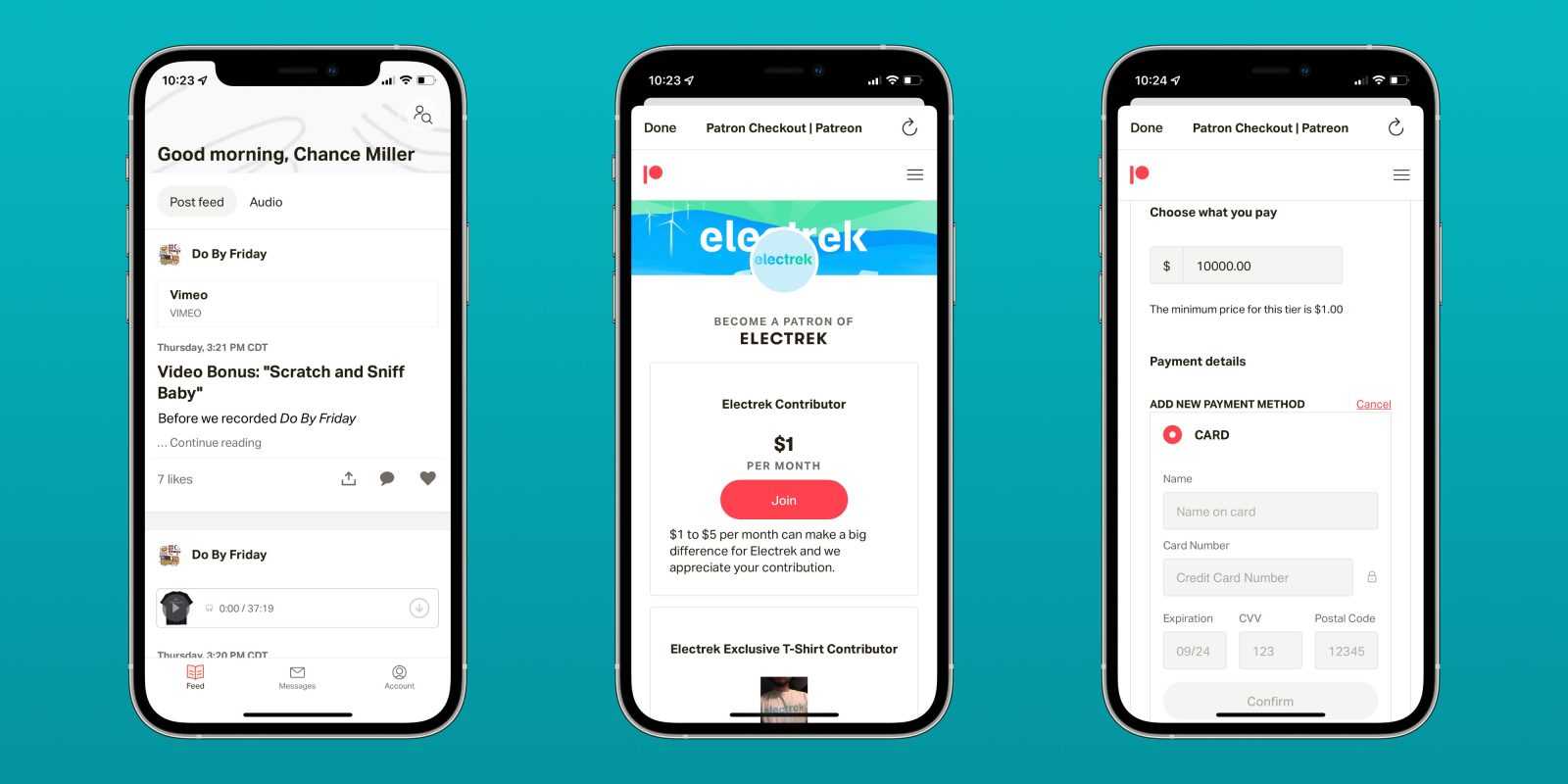 Patreon is a popular platform that allows people to directly subscribe to creators, including in the Patreon for iOS application. Theoretically, this would mean Patreon is subject to paying Apple’s App Store commission and using the company’s In-App Purchase system, but that is apparently not the case.

In a new interview on the Verge’s Decoder podcast, Patreon CEO Jack Conte confirmed that the company does not have a special deal with Apple to avoid the App Store’s 30% cut of in-app purchases…

Conte went on to imply suggest that the Patreon for iOS application can use its own payment system because users aren’t coming to Patreon itself to discover content and creators. “A lot of the actual engagement is happening on other platforms… So it’s just not the primary behavior that’s happening on Patreon,” he said.

As the Verge report notes, this comes as the creator platform Fanhouse has waged a public campaign against Apple’s App Store fees. Fanhouse, which is a direct support platform for user-generated content, was recently told by Apple that it needed to implement In-App Purchase support or else be removed from the App Store. After complaining publicly, however, Apple reportedly offered to give Fanhouse until the end of 2021 to come into compliance.

The App Store guidelines do allow for applications to enable “individual users to give a monetary gift to another individual” without using In-App Purchases as long as:

Apple also says that if that “gift is connected to or associated at any point in time with receiving digital content or services,” the app must use In-App Purchase. Digital content is a common benefit of Patreon subscriptions, and Patreon takes a cut of subscriptions itself, meaning that 100% of the funds do not go to the receiver.

The Verge says that it reached out to Apple for comment on why Patreon is an apparent exception to the App Store rules, but has not heard back.