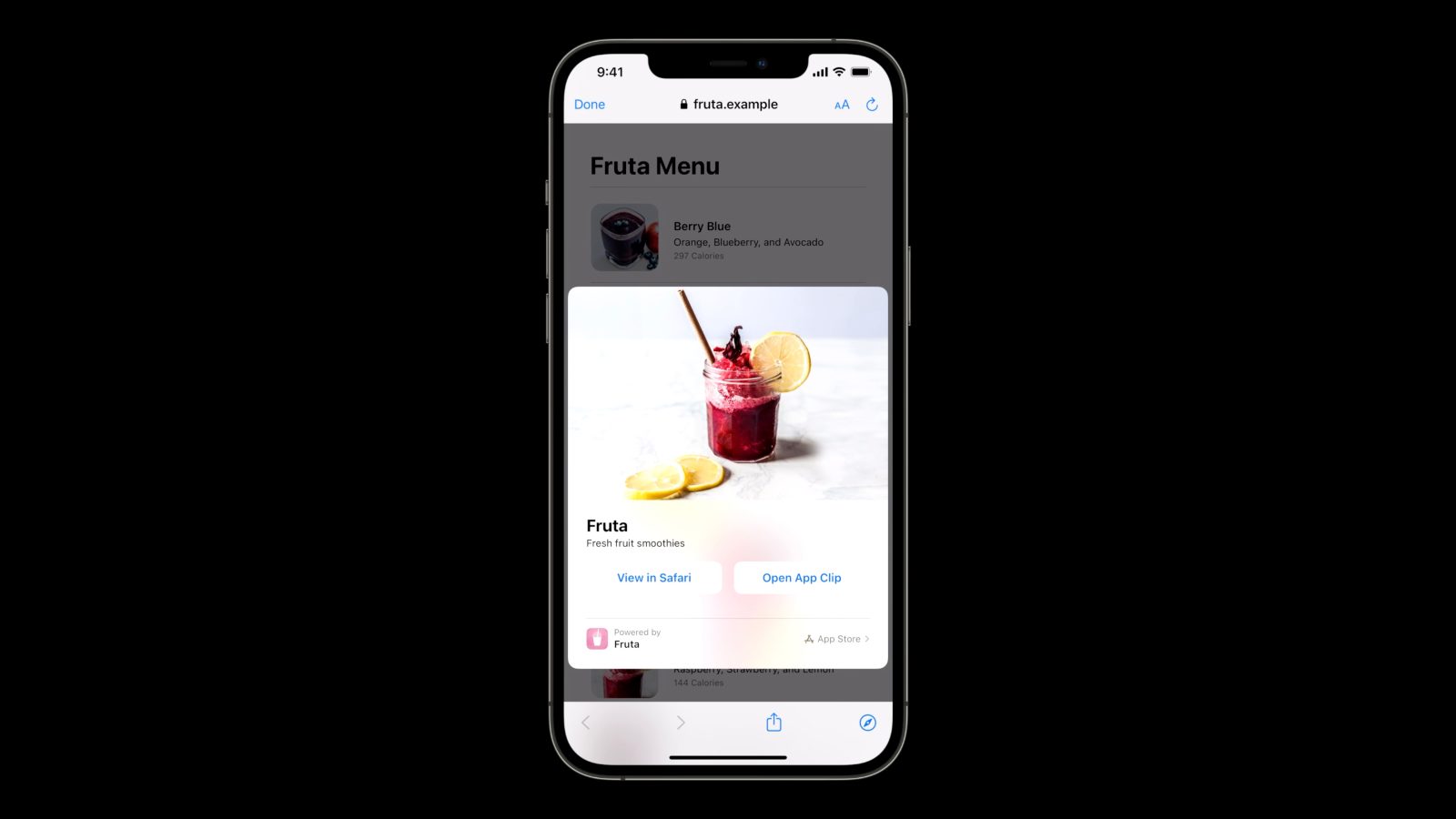 App Clips were announced in 2020 as a feature of iOS 14, but this year Apple is expanding that feature with some enhancements. With iOS 15, developers will be able to integrate App Clips into websites as a full-screen card that will appear in Safari.

For those unfamiliar, an App Clip is a small part of an app that can be accessed without having to download the full version of that app. With this API, developers can provide a demonstration of what an app offers and even let users explore some options without having to install the app from the App Store.

Apple introduced App Clips with iOS 14 and iPadOS 14 last year, and now they are getting even better with iOS 15 and iPadOS 15. As demonstrated at one of the WWDC 2021 sessions, App Clips can now be fully integrated into websites.

Previously, developers could add a banner to show the user that the website has an App Clip available, but it was small and required more touches. Now the App Clip banner can be displayed full screen when you are browsing a website that offers this feature. This, of course, will require developers to update their websites with new code.

Apple is also making it easier for developers to test their App Clips locally and introducing new ways to discover App Clips through ARKit within apps. More details about what’s new in App Clips with iOS 15 can be found on the Apple Developer website.

Both iOS 15 and iPadOS 15 will be available as a free update this fall. Users can install the beta versions by joining the Apple Beta Software Program.