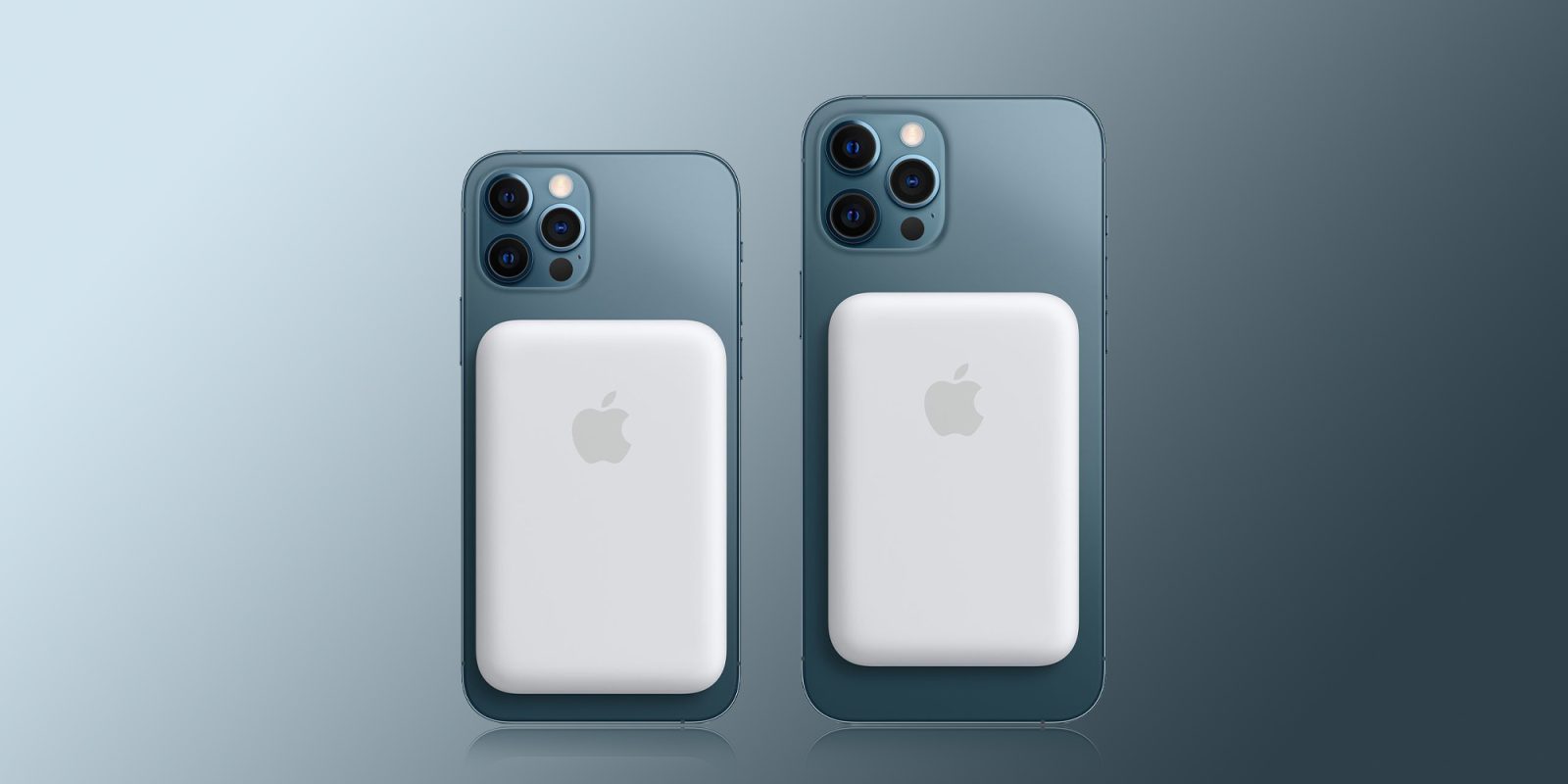 In a surprise launch, Apple debuted its MagSafe Battery Pack for the iPhone 12 lineup with a clean white design. Let’s dive into all the details on the new accessory like the capacity and how much charge it might offer, charging speed, simultaneous and reverse charging, what’s in the box, and more.

The official MagSafe Battery priced at a premium $99 comes with other benefits like Apple’s clean design (only in white), up to 15W charging speeds, simultaneous passthrough and reverse charging, and more.

No surprise here but the only thing in the box is the MagSafe Battery Pack itself. Apple recommends charging it with a 20W or higher power adapter via the Lightning port.

Like Apple’s Smart Battery Cases, the MagSafe Battery Pack automatically starts charging your iPhone 12 when you attach it to the back of your device with a charge status showing up on the lock screen.

Status icons also show up for the new battery pack in the Today View and widgets with iOS 14.7.

Interestingly, while the MagSafe Battery Pack does offer up to 15W charging speeds, that only happens when used while plugged into a 20W or higher power brick. When using the Battery Pack on the go, Apple says it will charge iPhone 12 at 5W.

Apple is often vague with details around battery specs in its product listings. For example, with something like the iPhone 11 Smart Battery Case, Apple says it “delivers up to 50% longer battery life.”

However, with the MagSafe Battery Pack, Apple doesn’t give any guidance on what to expect as far as charge capacity. That may be for a few reasons, including that it works with all four iPhone 12 models which all have different sized batteries and we’re talking about wireless charging which includes some loss of power during transfer.

But Apple did reveal the raw capacity and power specs in an image of the battery pack:

While the raw 1460mAh spec may sound low at first when comparing to other companies that offer around 5000mAh or even the internal 2815mAh of the iPhone 12/12 Pro, here are two things to keep in mind.

First, Apple’s MagSafe Battery is designed with 7.62V, almost twice the voltage of alternatives on the market. That means it’s likely there are two 1460mAh at about 3.7V for a total of 2920mAh (creating the 7.62V Apple uses on the label).

Second, the capacity to deliver power over time – watt-hours (Wh) is a better metric to understand what Apple may deliver here. The MagSafe Battery’s 11.13Wh compares to the iPhone 12/12 Pro batteries having 10.75Wh.

A new support document describes how simultaneous charging works of iPhone and the Battery Pack:

More interesting though, is what sounds like reverse wireless charging from iPhone 12 to the MagSafe Battery Pack (which would be a first):

You can also charge both if you attach your MagSafe Battery Pack to your iPhone, then plug your iPhone into a power source. You might want to charge this way if you need to connect your iPhone to another device while charging, like if you’re using wired CarPlay or transferring photos to a Mac.

We’ve reached out to Apple for clarification on the reverse charging feature.

Further tips and details from Apple in the accessories support document include: