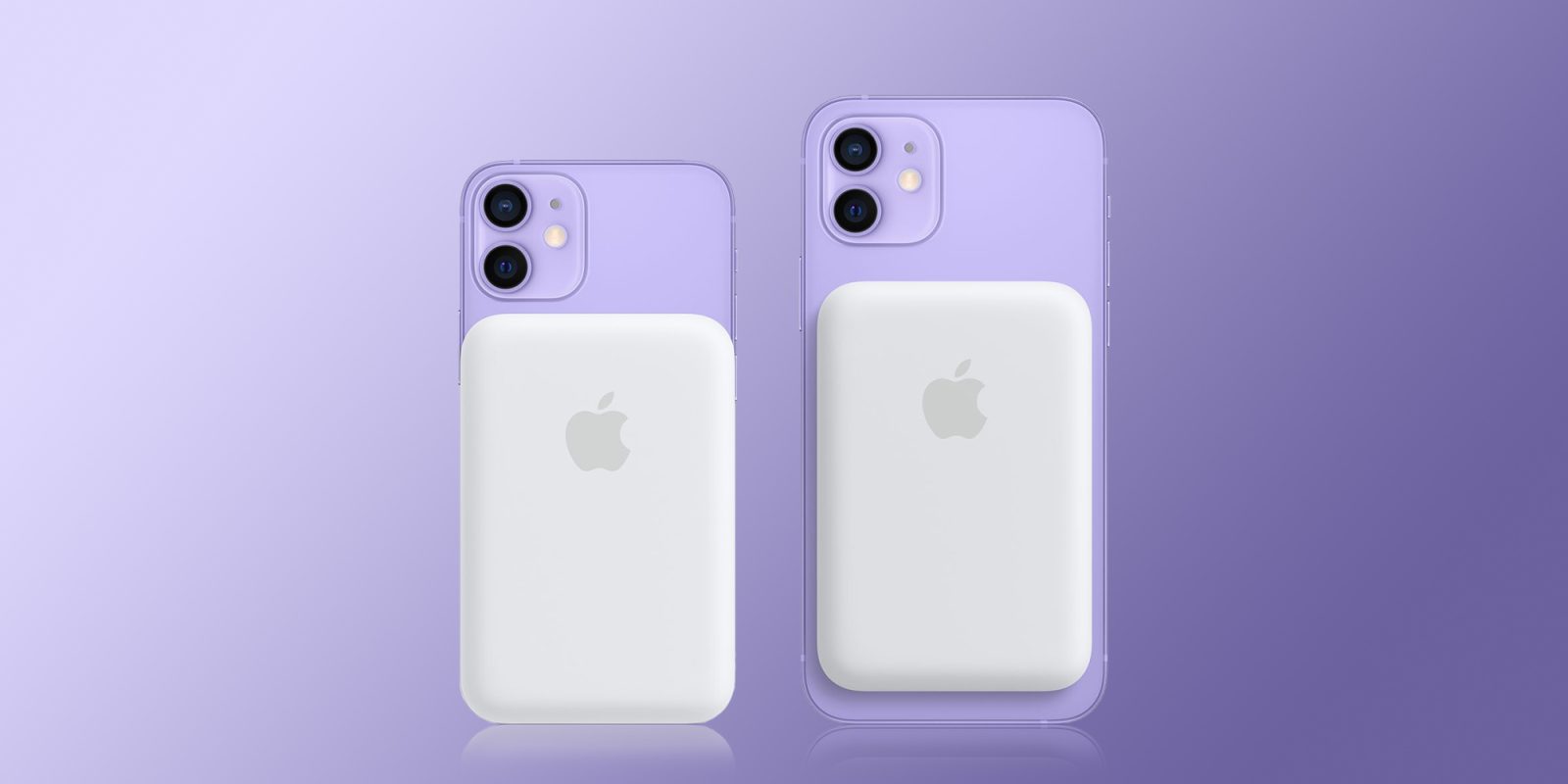 Apple today released the MagSafe Battery Pack accessory for iPhone 12 models. Many months after the iPhone 12 series was unveiled, Apple has quietly released a new first-party MagSafe accessory in the form of a wireless battery pack. (Unofficial magnetic battery packs for iPhone 12 have been around for several months from third-party makers.)

The MagSafe battery pack attaches magnetically to the back of the iPhone 12 mini, iPhone 12, iPhone 12 Pro and iPhone 12 Pro Max offering additional hours of battery life. The pack itself charges with a Lightning cable, and it can passthrough charge to the attached iPhone at the same time. Apple recommends using a 20-watt USB-C charger for the fastest charge times.

The MagSafe battery pack is available to order today with first deliveries beginning July 19. Apple says the MagSafe Battery Pack requires the iPhone to be running iOS 14.7 or later.

The MagSafe Battery Pack joins an existing accessory ecosystem of wireless battery packs that have surfaced since the iPhone 12 came out. However, all of these third-party options are unofficially ‘MagSafe compatible’ rather than MagSafe approved. For now, Apple’s first-party accessory is the only official MagSafe Battery Pack accessory.

As you might expect, battery percentage for Apple’s battery case will appear in the Battery widget and on the Lock Screen.

Apple does say the MagSafe Battery Pack will charge the connected iPhone at about 5 W speed.

Are you interested in the MagSafe Battery Pack? Let us know in the comments.