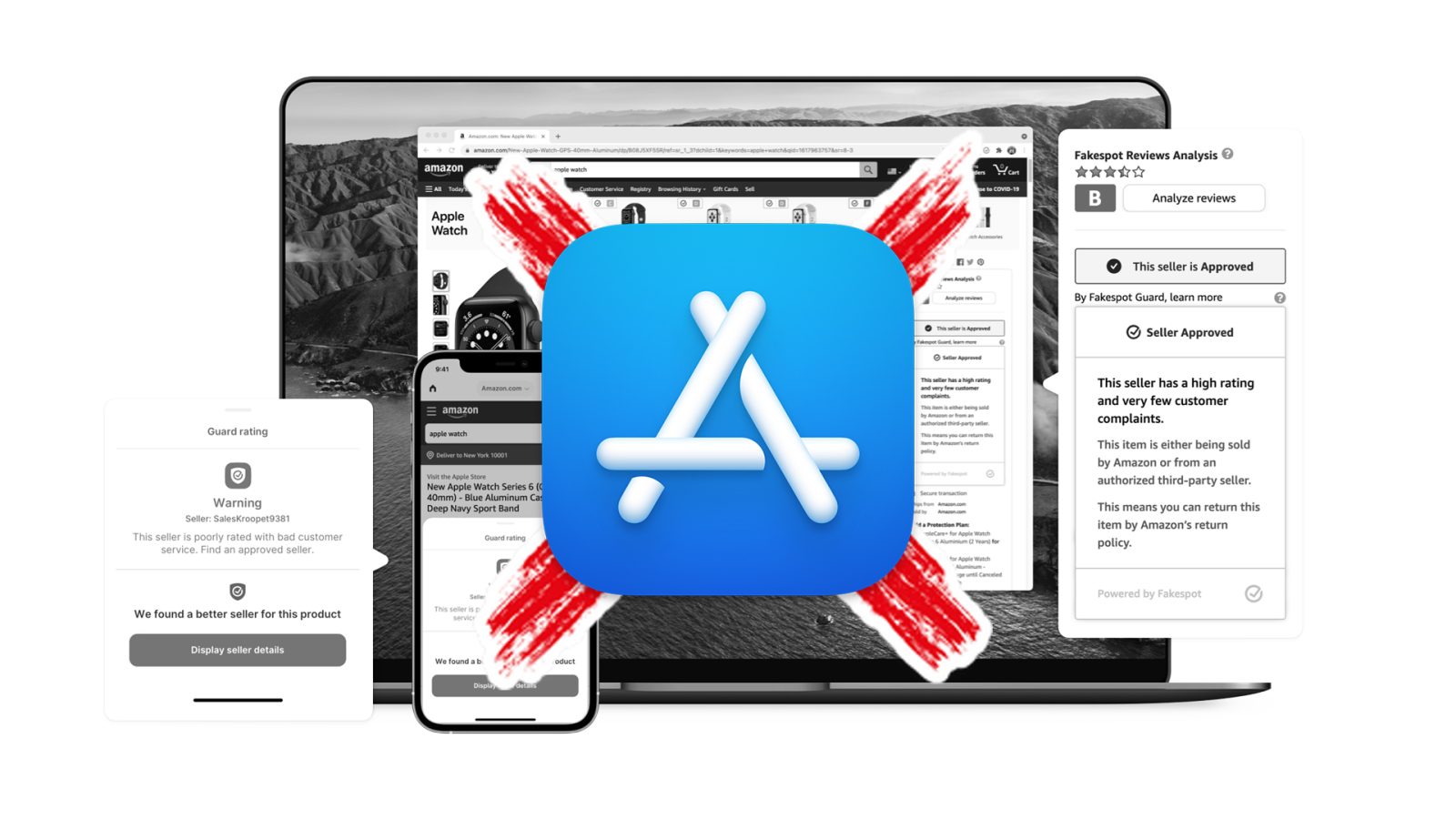 Apple on Friday removed the Fakespot app from the iOS App Store. Fakespot, which is a service for filtering and hiding fake product reviews on Amazon, launched its iOS app last month, but now, the app has been taken down following a request from Amazon itself.

Fakespot founder Saoud Khalifah told The Verge that Apple removed the app without even explaining its reasons. However, the developers confirm that Amazon sent them a takedown notice in June, which is probably why the iOS app is no longer available for iPhone and iPad users.

The app, just like its web browser extension, integrates with Amazon’s website using unofficial methods to identify fake reviews within product pages. Amazon, on the other hand, claims that the app injects code that can compromise users’ data, as well as providing consumers “with misleading information” about sellers.

Amazon also tells us that Fakespot injects code into its website, opening up an attack vector and putting customer data (including email, addresses, credit card info, and your browser history) at risk, though it says it doesn’t actually know if Fakespot is using this information.

But while Fakespot admits the app injects code to display its own scores, he categorically denies there’s any vulnerability, and points out that apps which include a web browser view are common — including coupon apps that Amazon seems to “have no problem with wrapping around a webview browser.”

Amazon confirms that it has asked Apple to remove the app under guideline 5.2.2, which prohibits developers from using third-party content in an app without permission. 9to5Mac reported in August 2020 that Apple had been using the same guideline to ban third-party apps that integrate with Tesla vehicles.

5.2.2 Third-Party Sites/Services: If your app uses, accesses, monetizes access to, or displays content from a third-party service, ensure that you are specifically permitted to do so under the service’s terms of use. Authorization must be provided upon request.

Fakespot developers pointed out that Amazon bought search results for the “Fakespot” keyword in the App Store to prevent users from finding the app. Searching for “Fakespot” in the App Store now shows the official Amazon app first in the list with an “Ad” badge. The app registered 150,000 installations on iOS devices during the period it was available on the App Store.

“Amazon is willing to bully little companies like ours that showcase the cracks in their company,” Khalifah says, suggesting Amazon must have realized people were choosing their app over the Amazon app. He says Fakespot racked up 150,000 installs from the iOS App Store, without spending any money on marketing.

According to Amazon, the company already has the necessary tools to identify and stop fake reviews, suggesting that third-party services that claim to do this “are mostly wrong.” Apple didn’t respond to a request for comment.

Apple has reached out to 9to5Mac to clarify the situation. According to the Cupertino-based company, Fakespot developers were notified about a dispute due to intellectual property rights initiated by Amazon, which resulted in the app being removed from the App Store.

This was a dispute over intellectual property rights initiated by Amazon on June 8 and within hours we ensured both parties were in contact with one another, explaining the issue and steps for the developer to take to keep their app on the store and giving them ample time to resolve the issue. On June 29, we again reached out to Fakespot weeks before removing their app from the App Store.