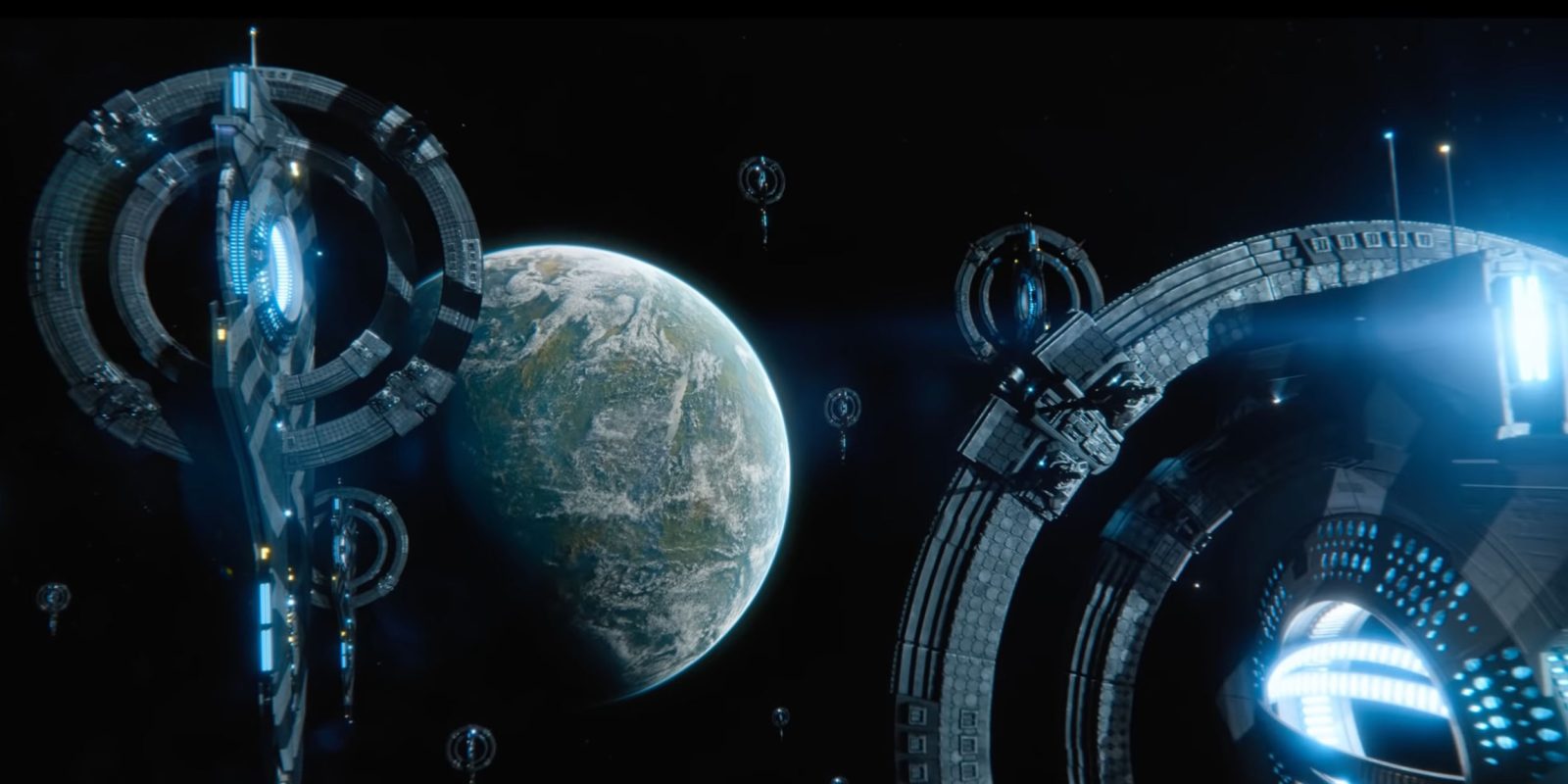 The story was told by filmmaker and show creator David S. Goyer …

Goyer spoke with The Hollywood Reporter, starting out by explaining the difficulties of adapting the epic work.

There are three tricky aspects to Foundation that I think have tripped up all the other adaptations.

The first is that the story is supposed to span 1,000 years with all these massive time jumps -that’s hard to tell. It’s certainly hard to capsulize in a two-or three-hour film.

The second aspect is the books are kind of anthological. You’ll have a couple of short stories in the first book with main character Salvor Hardin, then you’ll jump forward a hundred years and there’ll be a different character.

The third thing is that they’re not particularly emotional; they’re books about ideas. about concepts. So a lot of the action happens off-screen. In the books, the Empire, which is on 10,000 worlds, literally falls off-screen -like, it happens in between chapters. Obviously, that wasn’t going to work for a television show.

So without giving too much away, I figured out a way to have some of the characters extend their lifespans. About six characters will continue from season to season, from century to century. That way it becomes a half anthological, half continuing story.

He then said as if that weren’t difficult enough, Apple asked him to pitch it in one sentence.

When Apple asked me if I could pitch it in one sentence – they sort of asked it laughingly – I said: “It’s a 1,000-year chess game between Hari Seldon and the Empire, and all the characters in between are the pawns, but some of the pawns over the course of this saga end up a becoming kings and queens.”

It’s a generational saga. But the anthological time element didn’t take me too long to figure out. What was [harder] to figure out was: How do I make the show emotional? Because the books aren’t particularly emotional and, in general with television, people watch for emotion. They want to fall in love with these characters. So I had to figure out ways of using Asimov’s themes and ideas, but internalizing them into the characters.

Goyer said the advantage of a TV series over a film is the extra time that allows.

If I were to do it as features, even if it were a trilogy of large features, that would be about nine hours. I pitched this as eight seasons, so if it works out, I get 80 hours.

It was an ample budget. I will say this: On an average per hour, if you were to take two the episodes and put them together, the budget is bigger than some of the movies I’ve done.

Apple commissioned the series more than three years ago, and it premieres on Apple TV+ on September 24.