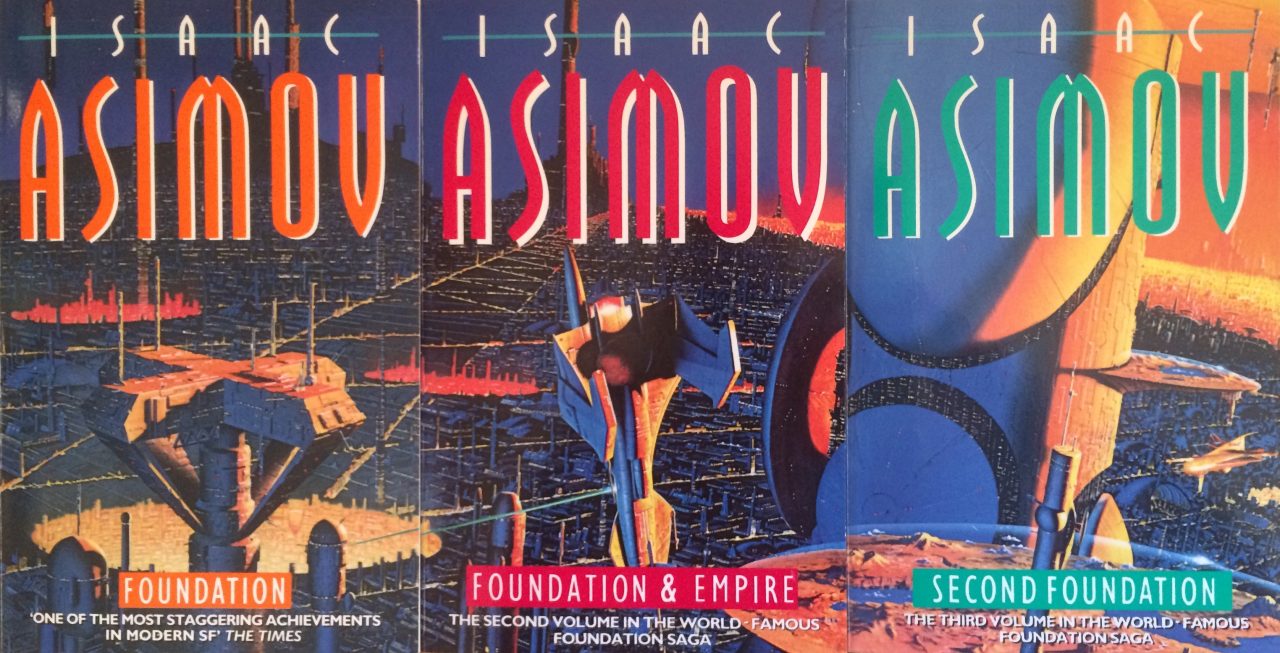 UPDATE 8/23: Deadline reports that Apple has officially given this project a 10-episode straight-to-series order.

Apple is reportedly working on yet another TV sci-fi for its growing catalogue of shows as part of an unannounced streaming video service. The show will be based on the Foundation book trilogy written by Isaac Asimov and produced by Skydance Television which is behind the Netflix series “Altered Carbon”.

As reported by Variety, the series will be written and produced by David S. Goyer and Josh Friedman, who will also be the show-runners. David Ellison, Dana Goldberg and Marcy Ross will serve as executive producers.

The book trilogy–comprised of the novels “Foundation,” “Foundation and Empire,” and “Second Foundation”–takes place in a time when the Milky Way is under the control of the Galactic Empire. A mathematician named Hari Seldon develops a method to predict the fall of the empire, leading him to form a group known as The Foundation to preserve and build on human knowledge and speed the rise of a new empire.

This will be one of many attempts to adapt the book trilogy into a film or TV show. Many films have been in the works over the years to make this into a reality, while HBO tried to recreate the series alongside Westworld, according to Variety.

The company also reportedly ordered a series called See from Steven Knight. Apple is also working on another straight-to-series show, but in the drama genre from director Damien Chazelle. Most recently, it was reported that the company was working on an animated show with the producers of Bob’s Burgers.

Apple’s services chief Eddy Cue spoke briefly about the upcoming video service last month at SXSW, where he promised the service will focus on ‘great storytelling’ without giving away any surprises.