Apple @ Work: iPadOS 15 gives the iPad a brighter future in the workplace 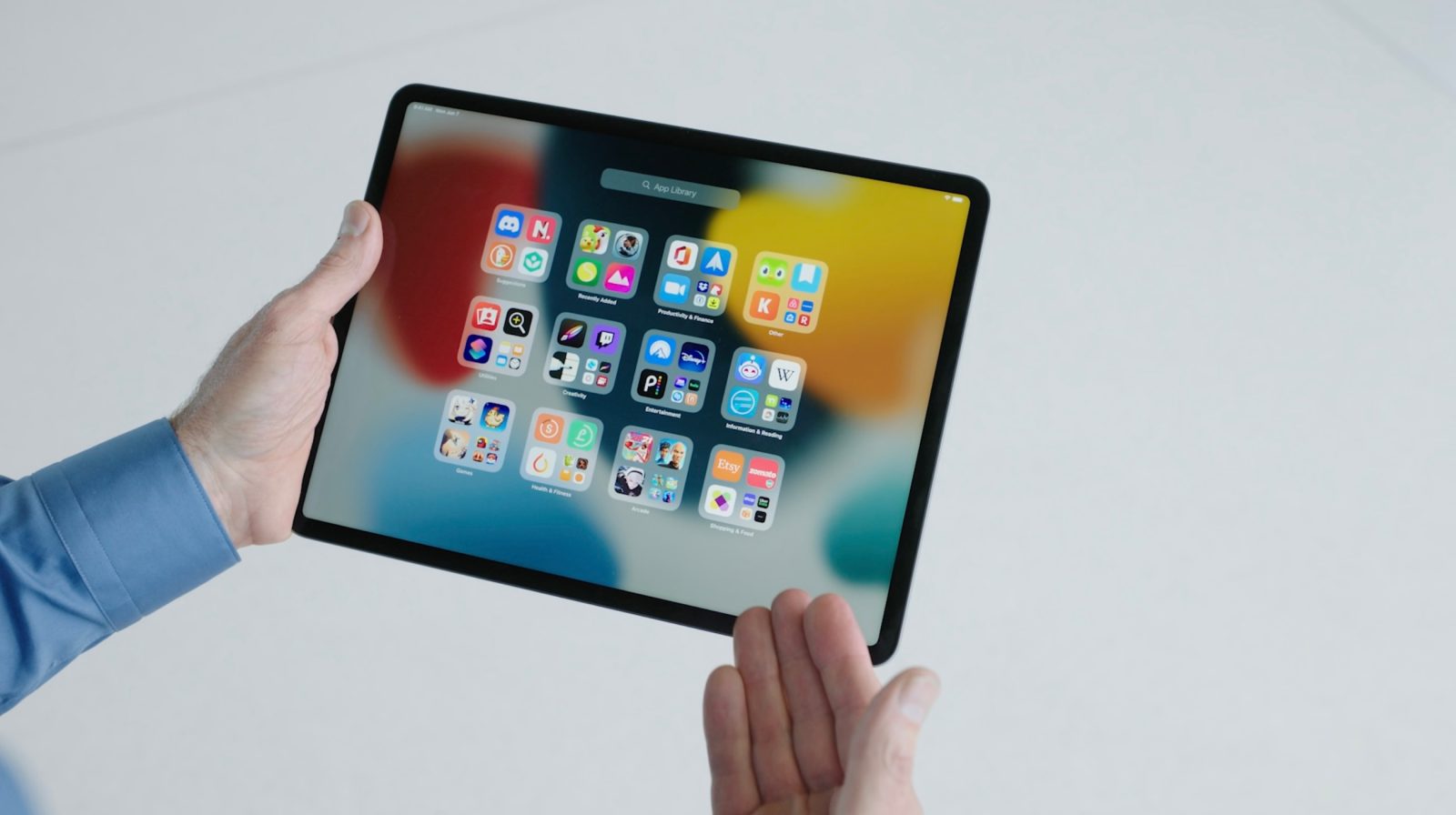 I’ve been using iPads in the workplace since the release of the very first one. I managed iPads when the iPhone Configuration Utility was the only way to set them up for schools and businesses. I’ve used every major version of Apple Configurator to deploy iPads. I am very aware of where the iPad falls apart as a daily driver and where it falls apart. After spending a long weekend with just an iPad running iPadOS 15, my hopes are renewed for the device and multitasking.

Before PadOS 15, iPad multitasking was very much just okay. It was fine, but not something I wanted to use unless necessary. It was hard to use, and requiring the dock to be involved side-by-side made it cumbersome to use.

One of the critical advancements in the iPad in recent years is the Magic Keyboard. Personally, that took the iPad from a tablet to a portable computer. However, before its release, I had been saying for years that without proper mouse support, the ergonomics of the iPad don’t work for using it 8+ hours a day.

When you combine the Magic Keyboard with the new multitasking options in iPadOS 15, we inch ever closer to the iPad becoming a peer to the Mac. Yes, I know plenty of people use the iPad as their only computer, but it’s not quite there yet for everyone.

In iPadOS 15, multitasking is easily triggered.

iPadOS 15 also brings the App Library over that first appeared on iOS 14. The App Library icon will appear in the iPad Dock with iPadOS 15. This means you can see all your apps without having to go back to the home screen. For example, to use Split View or Slide Over, drag an icon from the App Library, and you’re up and running.

Using my iPad Air with the Magic Keyboard for four days as my daily driver, I found it to be a much faster experience for doing my work than on iPadOS 14. The minor tweaks that Apple has made have made the OS much faster to navigate as you bounce between apps.

Apple has exposed many new Keyboard shortcuts for the new multitasking commands, so it’s easy to ‘fly around’ the OS without taking your hands off the keyboard.

Would I want to ditch my MacBook Air in favor of an iPad today? No, but I could easily get to a place where I stopped traveling with a Mac, though.

What’s next for iPadOS and multitasking?

In the future, I am still looking for a way to open more than two apps and freely resize apps. While these features might not mean much on an 11-inch device, if the rumors of an iPad larger than 12.9 inches are true, then iPadOS can begin to expand into more “windowing.” The new Quick Note feature gives me hope that Apple is increasing multitasking options in the future.

Even without any future expansion, I’ve found iPadOS easier to use for long periods of time. For business customers who look to the iPad as their primary device, the future is getting brighter.