These are the 11 reasons businesses should choose Macs, according to Apple 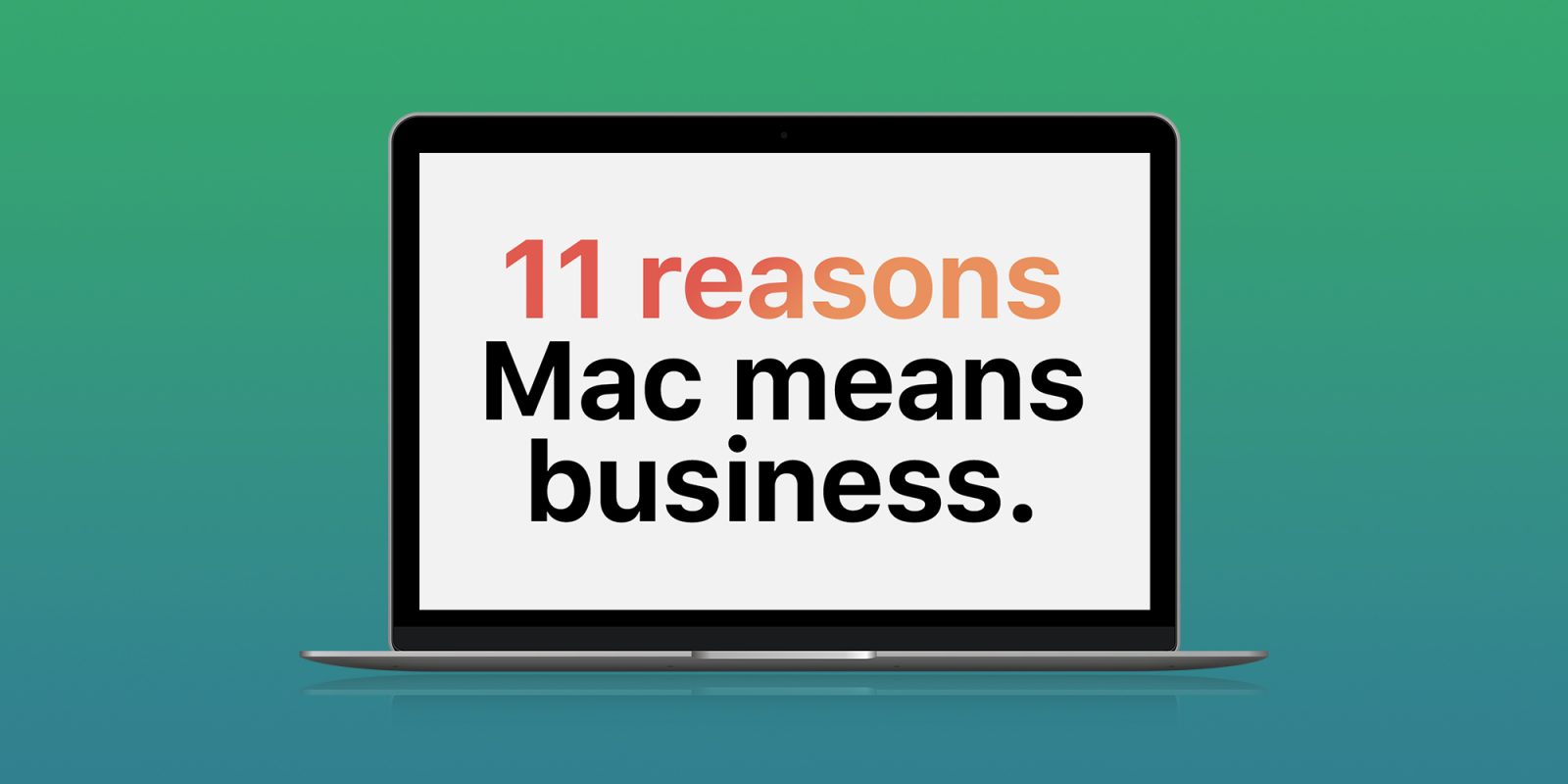 Following a new landing page on its website earlier this spring called “Why Mac,” Apple has launched a similar webpage making the case for why Macs are the best choice for businesses. From lower costs in the long run, the new M1 chip, long battery life, security, IT flexibility, and a reported 336% ROI, here’s Apple’s pitch for businesses of all sizes.

Highlighting its confidence in the M1 chips, reasons one and two are both the new Apple Silicon that powers the MacBook Air, Pro, Mac mini, and iMac.

Next Apple brings up 18-hour battery life with the MacBook Air, and the fact that macOS plays nicely with IT or without.

With fewer support tickets, less software needed, and higher residual value, the savings add up. Compared with a PC, a single Mac could save you $843 over three years.

Notably, Apple linked a study it commissioned from Forrester that includes findings like over a three-year period, M1 Macs have a 336% return on investment. That comes from savings on reduced IT support and operational costs, reduced risk of data breach, and improvement with employee productivity and engagement.

Another finding from the study was “84 percent of the world’s top innovators, such as Salesforce, SAP, and Target deploy Mac at scale.”

Rounding out the rest of the 11 reasons is support for Microsoft Office/Excel, security, integration with iPhone, and Macs are “a pleasure to work with.”

Check out the full new webpage on Apple’s site here.