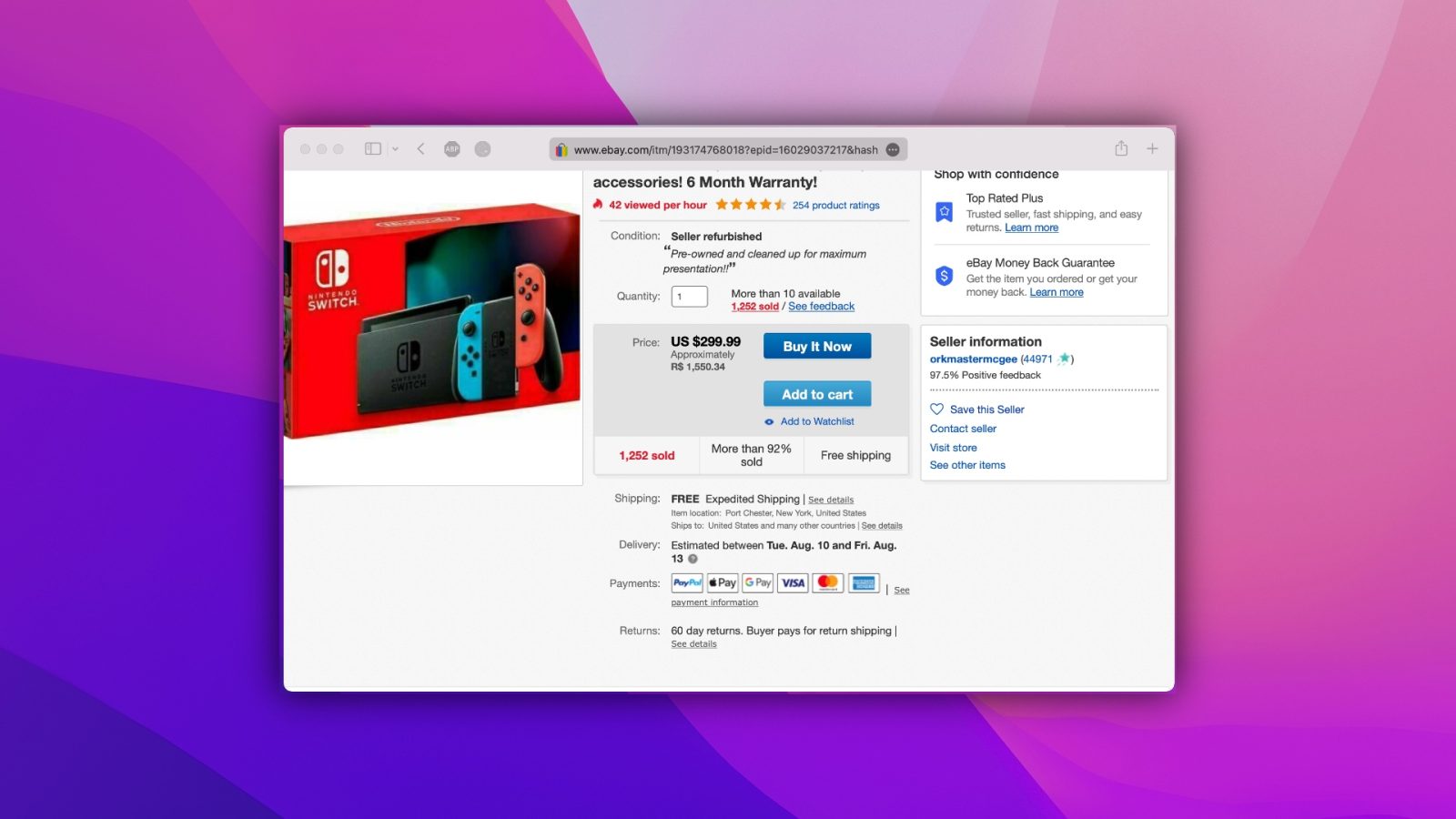 Little by little, more companies and stores are starting to integrate Apple Pay payments into their ecosystem. This week, eBay has finally added Apple Pay integration to its desktop shopping experience.

This was first spotted by Appleosophy writer David Becker, who says he was shopping when he realized that Apple Pay was also a valid payment method on eBay’s desktop website.

eBay has already supported Apple Pay for quite some time on its iOS and iPadOS apps, but it had never supported Apple’s own payment system on its website.

For those users who have an Apple Card, they can receive 2% in Daily Cash on each purchase they make on eBay.

Apple Pay launched several years ago, and it’s widely available in the US and many other countries. Using this payment method in selected stores can give users benefits as well.

It’s possible to use Apple Pay in stores, pay within apps, on the web, use a rewards card, and ride transit in selected cities.

Apart from that, the Wallet app is set to receive even more utilities with iOS 15. Starting this fall, users will be able to add their hotel cards as well as their work credentials within the Wallet app, whether the hotel and companies support it.

To learn more about iOS 15, check out our full roundup here, as well as more news related to Apple Pay here.