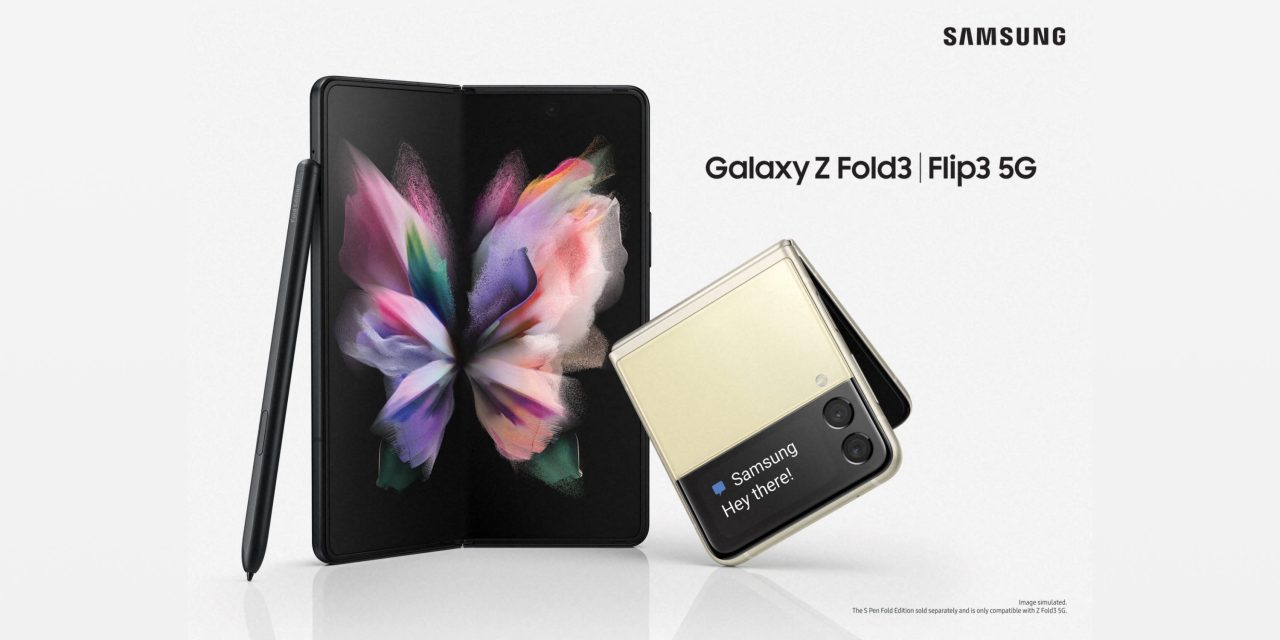 Samsung unveiled its new generation of foldable smartphones today along with the latest Apple Watch competitor, the Galaxy Watch 4. While Apple isn’t expected to launch its first foldable iPhone until 2023, here’s what Samsung is bringing to the table now with the new Galaxy Z Flip 3, Galaxy Z Fold 3, and more.

Notably, the Z Flip 3 includes the most upgrades with 120Hz on the inner display now, a shift from no water resistance to an IPX8 rating, larger outer display from 1.1-inch to 1.9-inches, and a meaningful price drop from $1,200+ with previous generations to $999.

The larger Galaxy Z Fold 3 is said to sport improved screen durability, 120Hz coming to the outer display (previously just the inner screen), a more rounded chassis, a new S Pen with a Z Fold mode (sold separately) that uses a retractable tip to help prevent screen damage, and a bit lower launch price than its predecessor of $1,799.

Here’s a closer look at the new Z Fold 3:

To no surprise, Apple is watching the competition with these early years of foldables and working on its own ideas for a foldable iPhone.

Back in May, reliable Apple analyst Ming-Chi Kuo predicted that Apple may launch its first folding iPhone in 2023. That may come with a main screen between 7.5-8-inches. While Samsung has a clear head start, Kuo noted Apple could have an advantage with its strong “cross-product ecosystem.”

Back to Samsung, another launch coming with Google’s Wear OS 3, the new Galaxy Watch 4 is set to offer up to 40 hours of battery life with a starting price below Apple Watch Series 6 and SE. Notably battery life has remained at 18 hours with Apple Watch since it launched back in 2015.

Check out more in-depth coverage on everything Samsung has launched over at 9to5Google.