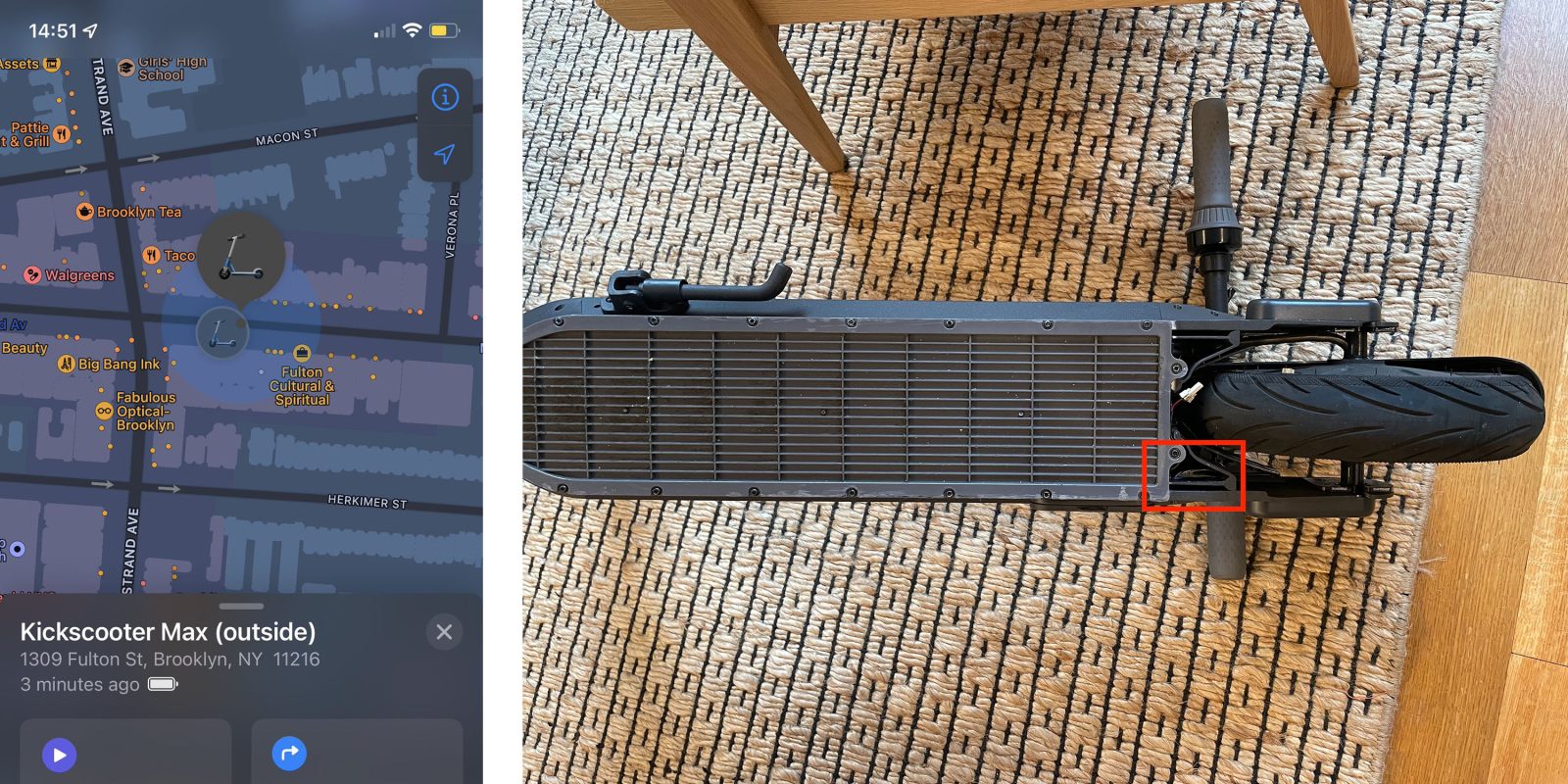 Two hidden AirTags allowed the CEO of a cybersecurity company to successfully locate and recover his electric scooter, after it was stolen from outside a New York restaurant.

He said that the police officers he approached for help with the recovery had never heard of AirTags, and initially refused any assistance …

Trail of Bits CEO Dan Guido told the story in a series of tweets.

My scooter was stolen last week. Unknown to the thief, I hid two Airtags inside it. I was able to use the Apple Find My network and UWB direction finding to recover the scooter today. Here’s how it all went down:

The theft occurred on Monday night. I went out to dinner and locked it to a grate with motorcycle handcuffs. I find them easier to use than a cable lock, but apparently I forgot to lock one cuff. It was gone after ~2 hours.

No fear! The most important part of IR is preparation, and I hid two Airtags inside the scooter: one “decoy” in the wheel well and a second, more subtle, one inside the stem. Covered in black duct tape, they’re hard to see.

I resolved to find it the next day but I’d be short on time: I had to catch a flight to Blackhat. I biked to where the scooter was located with an extra lock in-hand, hoping I could see it on the street and lock it to the nearest object for later retrieval.

I also had NYPD meet me at the nearest street corner but they were resistant to helping. They weren’t familiar with Airtags, thought I might be enlisting them to steal something, and refused to walk with me if I knocked on a door or into a store.

He said he then had to leave for a business trip, and feared Apple’s anti-stalking feature would alert the thieves before his return. However, the AirTag was still showing the scooter’s location a week later.

Police were still reluctant to help, but he finally persuaded them that this was a crime they could solve in less than an hour. On arrival, they realized that there was an e-bike store at the location.

In we walked to survey the merchandise. I received a UWB ping as I walked in the door. It’s 13ft away! I gestured to keep walking, it’s here.

The store was unkempt with piles of scooters. There was not a single new scooter in the store, every item on sale was second-hand. Seconds later, I walked right into it. My scooter!

The store employees refused to believe it was his, even after he pinged the AirTag to play a sound, but finally accepted the truth when he showed it was paired to his app.

The story goes on, complete with an apparent death-threat from one of the employees, so is worth reading in full. Guido offers four pieces of advice to anyone who finds themselves in a similar situation:

Although Apple doesn’t market AirTags as a theft-recovery tool, it did seem to me that they would be effective in this role provided that you’re able to track them quickly, and it seems that even this disclaimer doesn’t always apply.