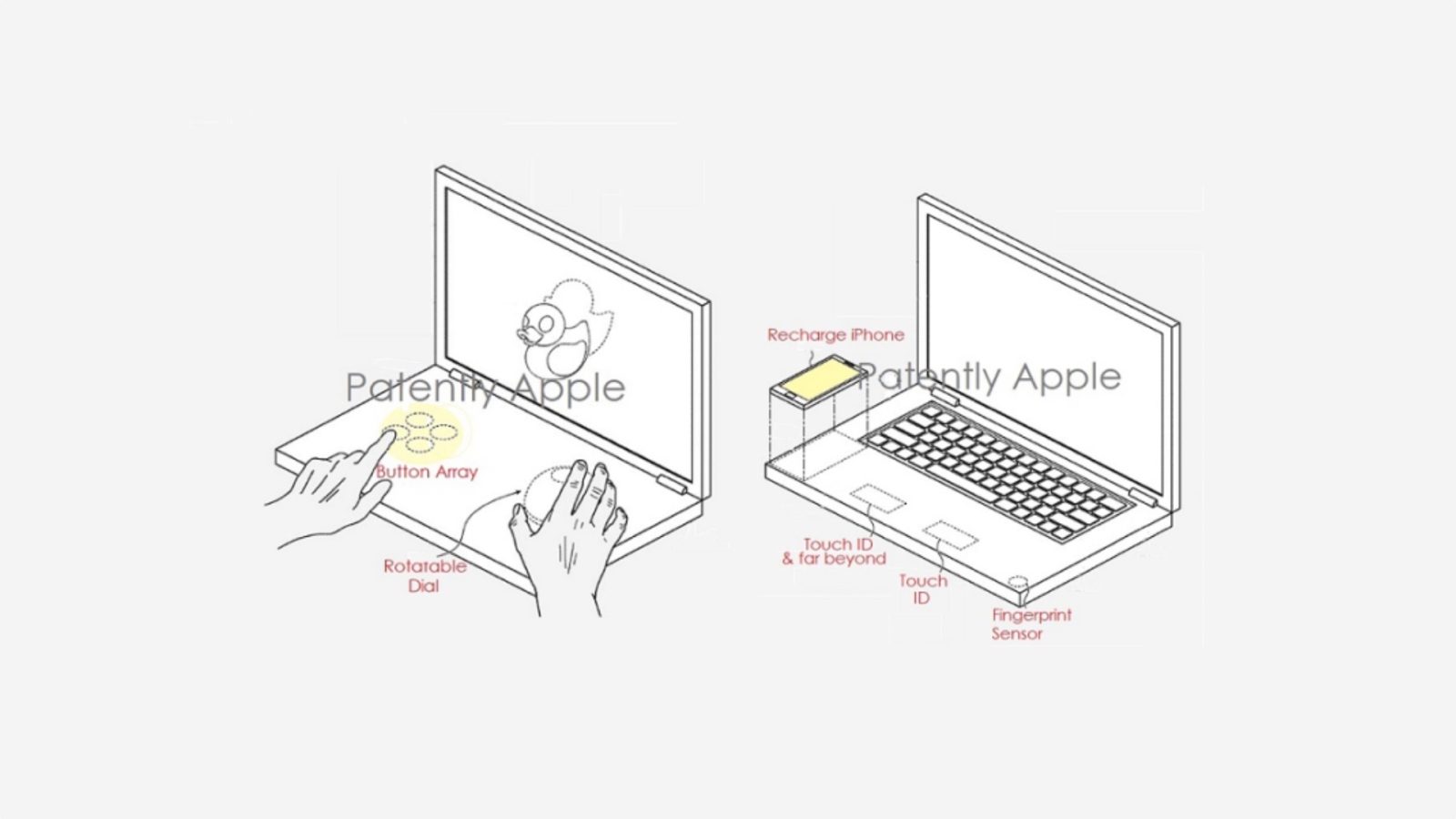 The US Patent and Trademark Office has granted a patent to Apple for a dual-display MacBook with a virtual keyboard replacing the traditional keyboard and with the ability to wirelessly charge an iPhone.

As reported by Patently Apple, this patent was submitted three years ago, and only now has Apple won it.

With this patent, the company could take a radical path and get rid of a physical keyboard. The interesting thing about this application is that while rumors suggest that Apple will remove the only touchable interface on the MacBook Pro, the Touch Bar, this patent imagines a MacBook with no physical keyboard at all.

In the patent, Apple says this MacBook includes biometric sensors, which we could interpret as Face ID, fingerprint sensors (aka Touch ID), and a wireless charger, which would be in the left down corner of the notebook.

Although very futuristic, there are a few notebooks that already feature a dual-display, even though they’re not for typing.

It’s unclear if or whether Apple could introduce all of these features to an upcoming MacBook. As for now, users are expecting a redesigned MacBook Pro with no Touch Bar, more ports, and a miniLED display, as you can learn more about it here.

If you’re curious about this latest patent, you can check more about it here.