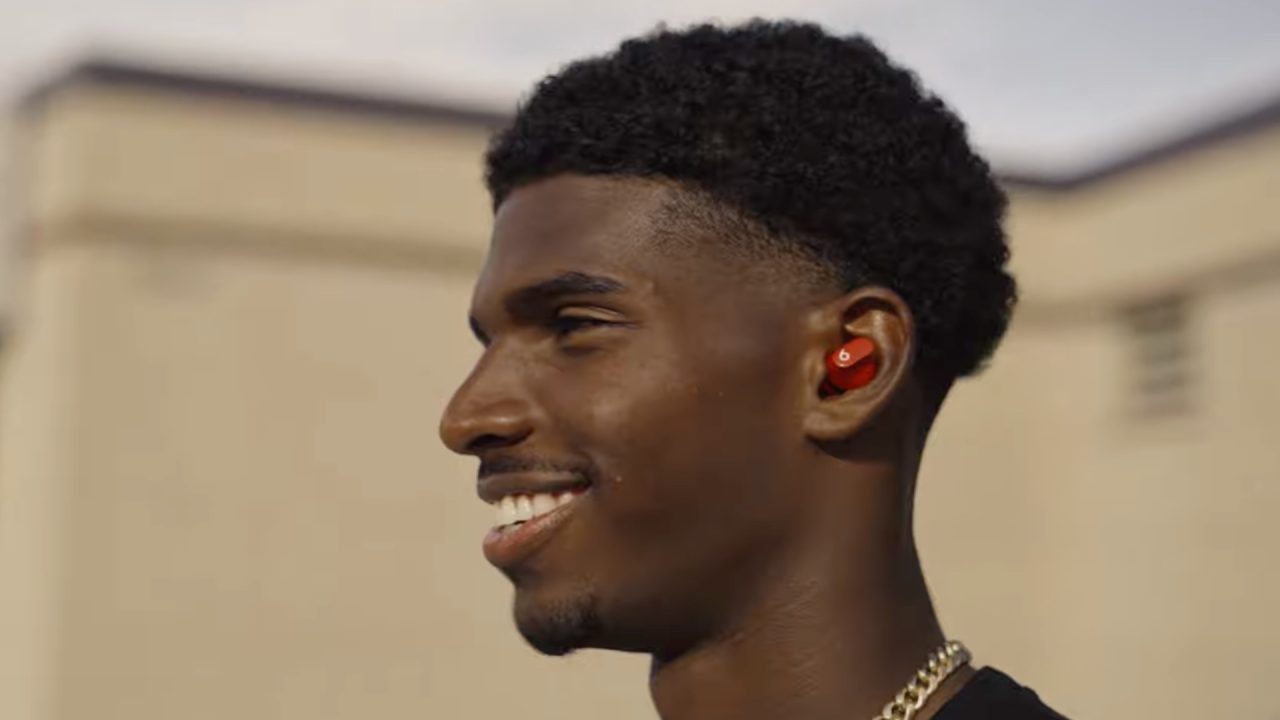 The son of NFL great Deion Sanders, Shedeur Sanders, is the first college athlete to be signed by Beats as a brand ambassador. He also appears in a new video ad by the company.

As reported by People magazine, this partnership comes after the NCAA decided that student athletes can now earn money from their name, image, and likeness.

“People don’t understand how much work and how much time you put into the game,” says Shedeur. “Stay late at the school just going over film, going over plays, as much time and hard work it is that’s put into this and that we’re able to be rewarded now, it feels amazing.”

Shedeur calls his partnership with Beats “real” and “organic” as he grew up using Beats’ headphone products.

“Welcome to the Beats family, Shedeur Sanders. This is the beginning of something legendary.”

In the video, the quarterback says he’s his “own brand.” He shows some of the Beats headphones he uses, such as the newly released Beats Studio Buds, with ANC, red color, and a more affordable competitor of the AirPods Pro.

Recently, the company owned by Apple also promoted the Beats Studio Buds with the star-studded “It’s the Music” campaign.