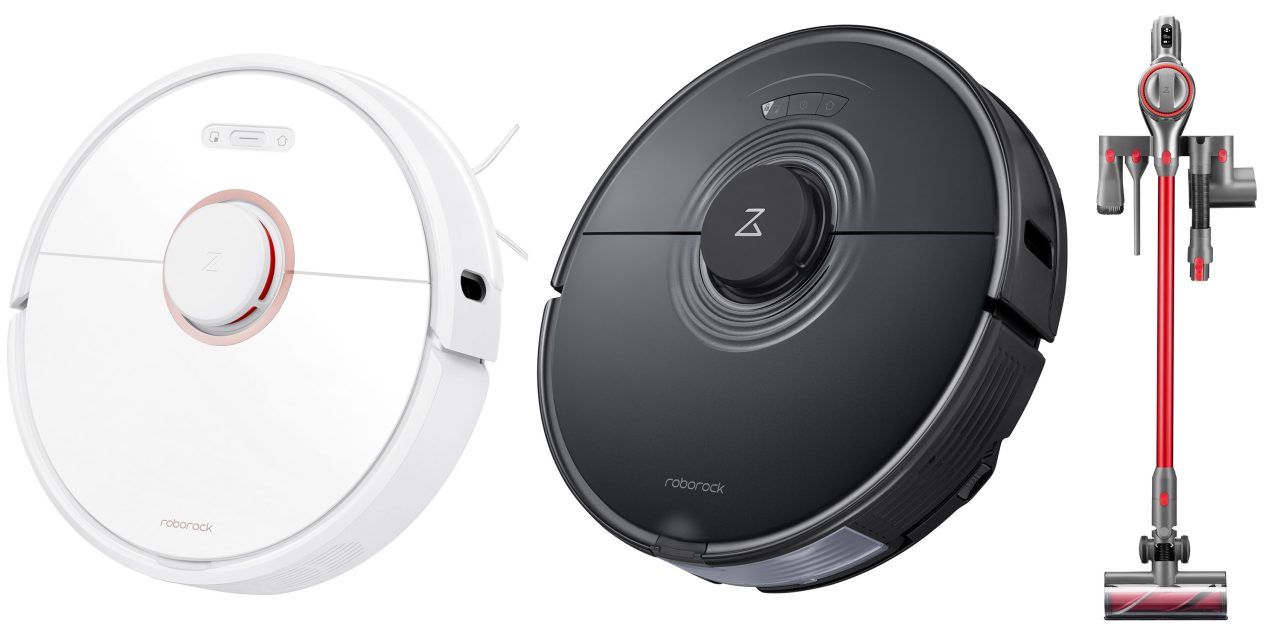 If there’s one smart home gadget guaranteed to win over the most technophobic member of your household, it’s a robot vacuum cleaner and mop. Wake each morning, or return from work, to a freshly cleaned home! If there’s a spill, let the robo-cleaner do the work.

Roborock is offering great Labor Day deals on both the S6 vacuum and mop, and a bundle of the more advanced S7 model with H6 handheld vacuum to reach the places a robot can’t – like cobwebs in a ceiling corner, or inside your car. The deals offer savings of up to 42% …

Unlike dumb cleaners, which use random patterns, the Roborock S6 has a high-precision laser navigation system that allows it to create real-time maps of your home, then work out the most efficient pattern to clean each room. You can name your rooms within the app, letting you instruct it to clean either your entire home or specific rooms. There’s also a spot-cleaning mode for dealing with spills.

The S6 will automatically avoid obstacles like stairs, and copes easily with changes of surface like wooden flooring to carpets – and you can also create no-go areas and virtual barriers if you want it to stay clear of anything fragile. If it runs low on power, it will automatically return to its dock to recharge, then carry on right from where it left off.

When it comes to cleaning power, the S6 has the largest battery in its class, and enough suction power to lift steel ball-bearings. That allows it to cope with even the toughest of dirt, even when its on-board bin is almost full.

Switching between vacuuming and mopping is simple: You can snap out the dustbin and snap on the water tank in moments.

Get the Roborock S6 special Labor Day Sale deal now. The deal is available from August 30 to September 6.

The Roborock S7 offers all the features of the S6, above, but with even greater power and intelligence – including voice control via Siri, Alexa, and Google Home.

With the S7, you can instruct it to vacuum and mop in a single session, rather than having it do first one and then the other. That’s possible thanks to intelligent carpet detection, which lifts the mop out of the way. The mop also stays up when the S7 is finished and returning to its dock, ensuring that the floor it just cleaned can continue to dry.

In vacuum mode, the S7 offers greater agitation and suction power for carpets, and the sonic mop is one of the fastest available, with scrub settings ranging from 1,650 times per minute to 3,000 times per minute. That allows it to remove even dried-on dirt.

Of course, there are still some places a robot cleaner cannot reach, like shelves, ceiling corners, and car interiors. This is there the H6 handheld vacuum comes into its own.

The H6 offers powerful 150AW suction coupled to a five-layer HEPA filter to capture 99.97% of particles, so it cleans the air as it vacuums. It offers effective removal of allergens including mites, pollen, dander, and airborne pollutants.

It weighs just 1.4Kg, and runs for up to 90 minutes in Eco mode. When you need maximum power, the Max mode will lift dirt from soft furnishings, condensing all its power into a 10-minute burst.

Get the Roborock S7 and H6 Labor Day Sale deal now. The deal is available from September 1 to September 6.