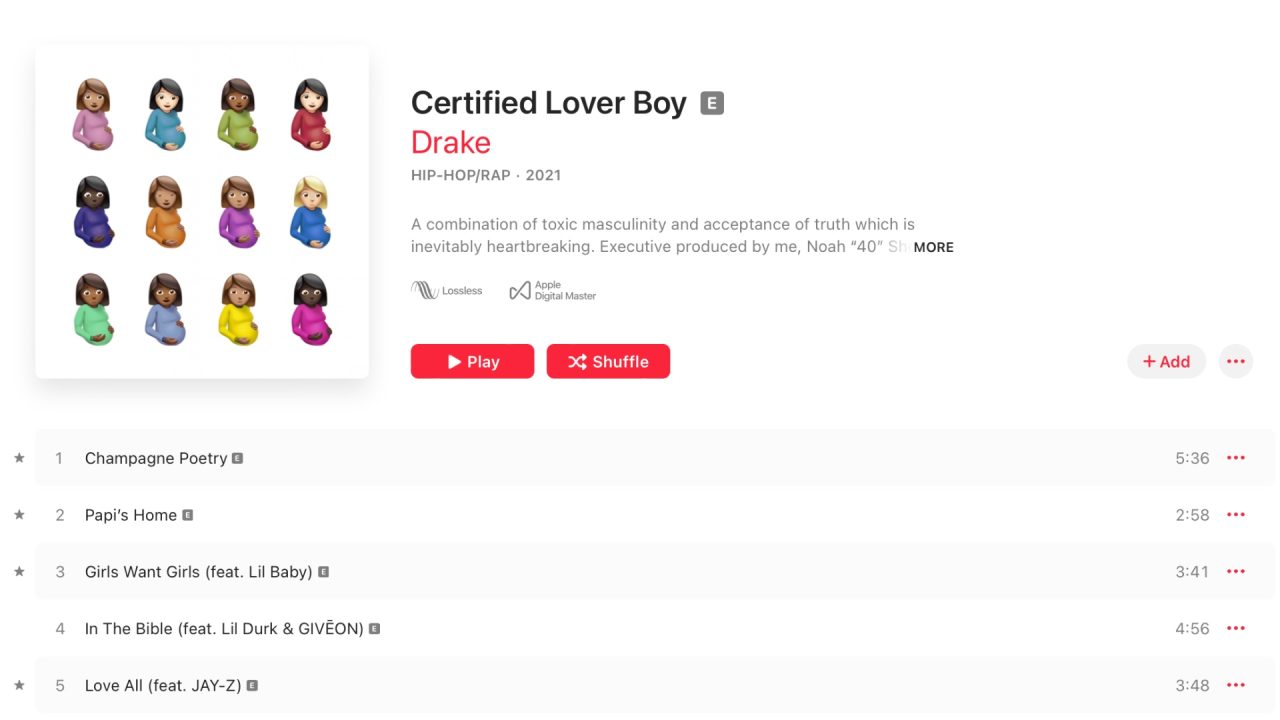 Apple Music told Billboard that in under 12 hours on the platform, Drake’s Certified Lover Boy was already the most-streamed album in 24 hours in the service’s history.

The album was released Friday at midnight EST and is the sixth studio album from the artist. It includes a list of star-studded rappers as Jay-Z, Lil Wayne, Future, Rick Ross, and Lil Baby.

According to Billboard, Drake’s 2018 album ‘Scorpion’ also held the record previously on Apple Music with 17 million streams in its first 24 hours.

In the description for the project on Apple Music, Drake describes the album as “a combination of toxic masculinity and acceptance of truth which is inevitably heartbreaking.”

While Kanye promoted his album in partnership with Apple Music in a very Kanye West way, Drake used the same emojis Apple uses for pregnant women as its album cover.

If you haven’t already, you can listen to Drake’s 21-track album here on Apple Music.