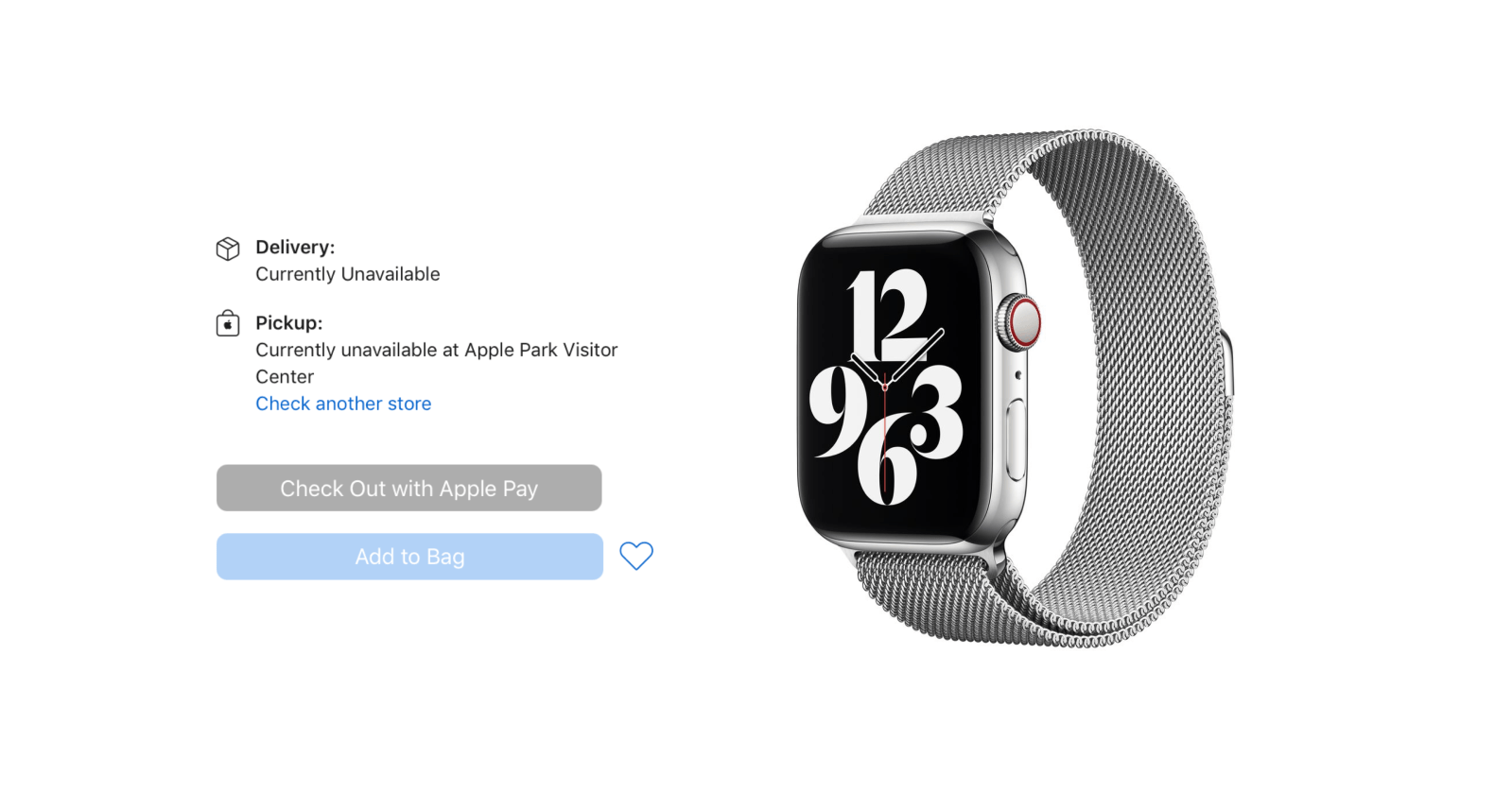 We fully expect Apple to introduce the Apple Watch Series 7 at its event next week, and right on schedule, several Apple Watch bands are now unavailable online or in Apple stores. Seasonal watch band colors are beginning to sell out, but classic bands like the Milanese Loop, which haven’t actually changed, are also now unavailable.

The focus of Apple Watch Series 7 is expected to be on an entirely new flat-edged case design. This has caused much speculation as to whether or not existing Apple Watch bands would fit the Series 7. The new watches will come in new 41mm and 45mm sizes, both a millimeter taller than their predecessors.

There have been conflicting reports as to whether or not bands will fit the new watches. Apple kept compatibility with 38mm and 42mm bands on the 40mm and 44mm models. The flat-edged design calls into question whether or not they will actually fit and, if they do, how good they will look.

Several Apple Watch bands are now listed as unavailable on Apple’s online store, and we’re seeing a shortage of them in Apple retail stores. This usually happens around the time of a band collection refresh, but this time feels a bit different.

The Sport band, Solo Loop, Sport Loop, and Braided Solo Loop are out of stock in many retail stores but are available for delivery online. Most of Apple’s International Sport Loops are sold out, but that is expected since the Olympics have now ended.

It’s unclear if the reason bands like Milanese Loop are unavailable is due to Apple simply not wanting to ship any more bands that say 40mm or 44mm on them or because the Milanese Loop will require a redesign to match the flat-edged case.

Renderings of the Series 7 suggest that existing bands should indeed fit the new models. But it’s certainly possible that some bands won’t look quite right on the new design.

Are you excited for Apple Watch Series 7? Let us know in the comments below!