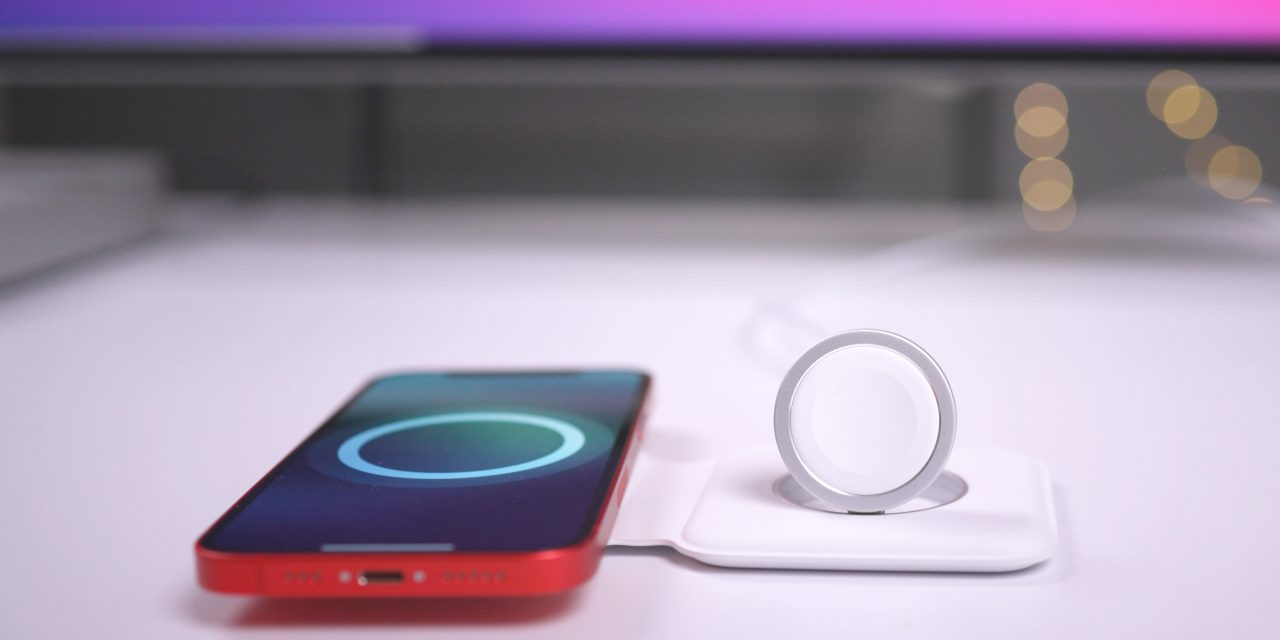 We’re heading into the weekend with all of the best deals, headlined by a sale on a pair of Apple’s official MagSafe chargers from $30. That’s alongside an Apple Watch SE sale at up to $60 off. Hit the jump for all that and more in the latest 9to5Toys Lunch Break.

Apple MagSafe Charger on sale ahead of next week’s event

While Apple is expected to unveil new iPhones next week, we’re now tracking a pair of discounts on its in-house magnetic wireless chargers ahead of time. Right now at Amazon, you can score the official MagSafe Charger for $30. Usually fetching $39, you’re looking at a match of not only our previous mention, but also the Amazon all-time low at 23% off. Whether you’re rocking an iPhone 12 or plan to pick up the iPhone 13 slated to debut next week, grabbing Apple’s official MagSafe Charger at today’s sale price is about as good as it gets. Delivering the unique magnetic wireless charging features, it’ll snap right onto the back of your handset in order to provide 15W of power.

Over at Best Buy, we’re tracking an open-box discount on the MagSafe Duo Charger at $117. Just make sure to scroll down to the Buying Options section at the bottom to lock in the offer. While not as steep of a discount as the lead deal, this one is down from $129 to mark the best price in months and a rare price cut at that.

Apple’s 2-in-1 Duo charging pad leverages MagSafe to top off your iPhone 12 series device with up to 15W speeds. That pairs with a folding design, as well as an integrated Apple Watch puck to streamline your nightstand charging setup. It has a unique design that can fold up for throwing in your bag and sports the usual Apple quality. Get a closer look in our hands-on review.

Amazon is now closing out the work week by launching a new Apple Watch SE sale, discounting a selection of models in the process. Shipping is free across the board, and some of the discounts apply at checkout. With deep discounts on the more affordable version of Apple’s latest wearable, you’re looking at new all-time lows that are $11 below our previous mention on everything from entry-level styles to GPS + Cellular offerings and more. B&H also matches many offers on top of discounting Nike+ editions, too, at up $60 off.

If you won’t be going with the new models that Apple unveils next week, taking advantage of these Apple Watch SE discounts is hard to beat. The more affordable package still delivers plenty of flagship features like a Retina OLED display, swim-proof design, and heart rate monitoring. Not to mention everything watchOS 7 will be bringing to the table this month.

Spigen’s official Amazon storefront currently offers its MagFit MagSafe Car Mount for $12. Shipping is free for Prime members or in orders over $25. Usually fetching $17, it just recently dropped to $15 with the coupon taking another $3 off, amounting to a total savings of nearly 30%. Designed to hold one of Apple’s official MagSafe chargers, Spigen’s MagFit accessory brings the magnetic wireless charging to the car with an air vent design. That’s alongside a ball mount for getting the right angle in your setup, so you can enjoy 15W charging speeds while keeping an eye on navigation directions.

Amazon is currently discounting a selection of Eve HomeKit accessories headlined by its Color LED Light Strip for $70. While you’d normally pay $80, today’s offer takes $10 off in order to mark one of the first notable discounts this year, a 2021 low, and match of our previous mention. Eve’s Light Strip works with Siri as well as the rest of your HomeKit setup out of the box and features a standalone design, meaning an additional hub isn’t required. It’s a great option for adding bias lighting throughout your smart home, whether it’s behind a TV or monitor, on a shelf, and more. In our hands-on review we said that “you won’t find an overall better option if you’re in the market for a Wi-Fi-based light strip.”

Amazon now offers the Samsung M7 43-inch Smart Monitor for $530. Usually fetching $600, you’re looking at the best price to date and still one of the first notable discounts yet at $70 off. Delivering 43-inches of screen real estate to your workstation, Samsung’s M7 monitor ditches the need for any external devices in order to take advantage of smart functionality. Alongside built-in AirPlay 2, there’s also access to popular streaming services and other apps. But for when you do want to plug in, there’s a 65W USB-C port on top of its pair of HDMI inputs.