Here’s a look at the new emoji that could come to iPhone this year [Update: Emoji 14.0 finalized] 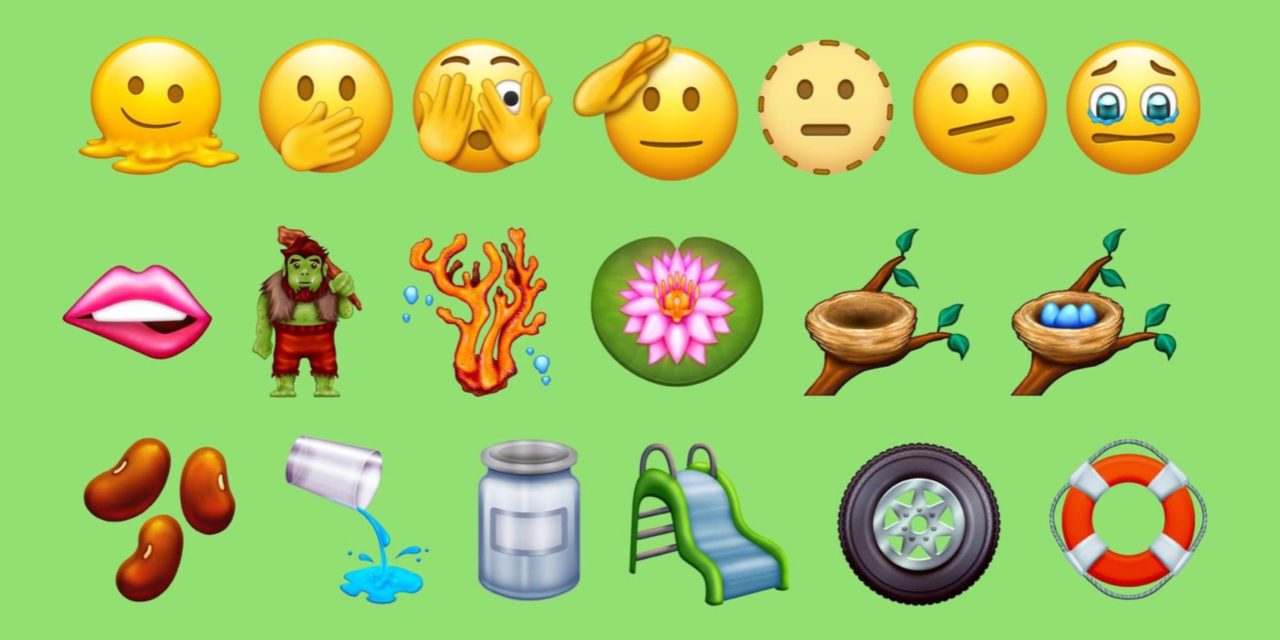 The draft candidates for the Unicode Consortium’s Emoji 14.0 release are up for approval and Emojipedia has shared a great look at many of the new emoji that could come to iPhone over the next year. Seven new faces are in the mix like melting face and face with peeking eye, with other candidates including heart hands, person with crown, troll, low battery, x-ray, biting lip, and many more.

Update 9/15: Unicode 14.0/Emoji 14.0 has been finalized with the list remaining the same from the draft we first saw back in July.

Reported by Emojipedia, Unicode 14.0/Emoji 14.0 has been officially voted on and is finalized as of September 14. The latest comes with 37 totally new emoji and when counting all the variations, features 838 new characters. Check out a look at what’s new below with all the fine details at Unicode’s website.

It’s not clear yet if Apple will adopt the new emoji sometime this fall for iOS and macOS but it is usually on top of launching them quickly. However, there is a chance they could also arrive sometime in 2022.

With Unicode 14.0 still being in draft status and not officially voted on yet, we don’t know exactly how they all might look or if they will all be approved. However, emoji expert and Emojipedia founder Jeremy Burge showed detailed renderings (via MacStories) of what we might see when they land on iPhone and other devices starting later this year.

Here’s the full sample draft designed by Emojipedia. You can also vote on which ones you like the most in the World Emoji Awards here which will be announced on World Emoji Day, July 17.

Since Emoji 14.0 is still in draft status, Jeremy notes that “each emoji is subject to change prior to final approval in September 2021.” But also highlights that in past years, “the majority of draft emoji candidates end up included on the final list.”

The Unicode Consortium is slated to vote on the 14.0 list in September. Apple is usually quick to bring newly approved emoji to iOS. This fall we could see these new additions come to iPhone with an iOS 15.1 update or similar.