Comment: Why the iPad 9 is still a great deal despite its classic design 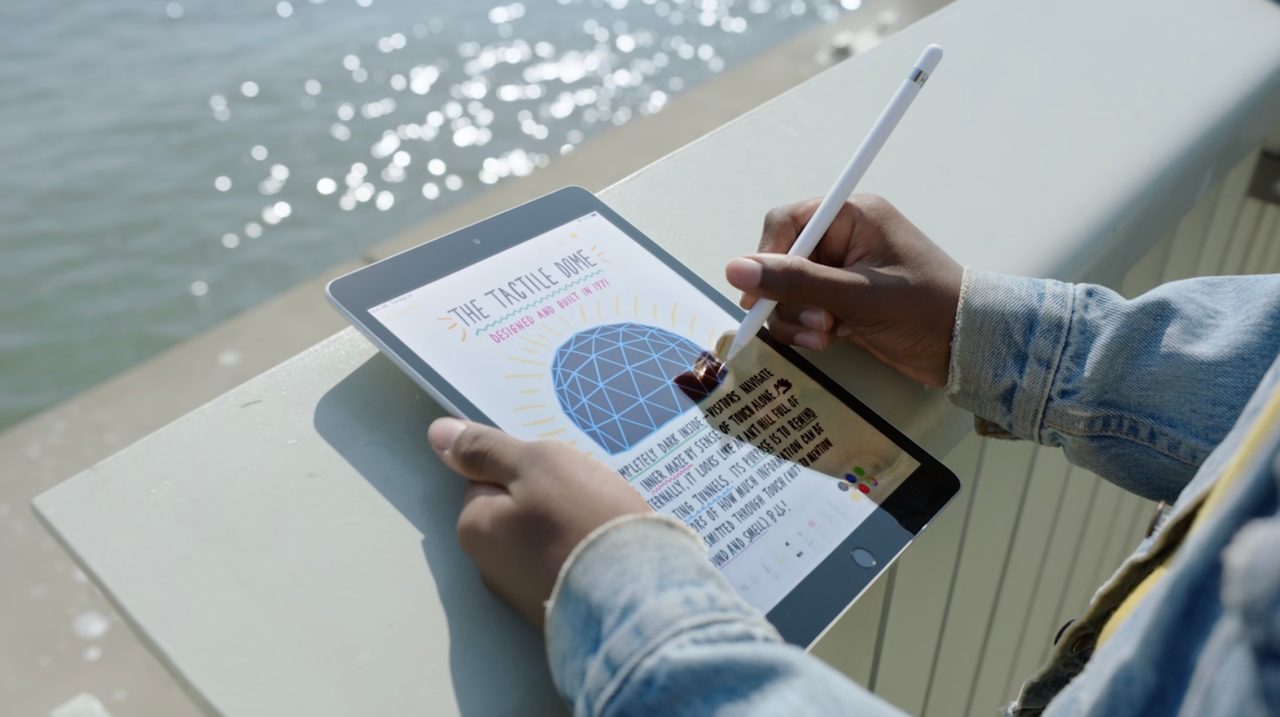 Apple introduced multiple new products on Tuesday, including the entire iPhone 13 lineup and a redesigned iPad mini. The company also unveiled the iPad 9, a new version of its entry-level tablet. While it may not look as exciting as the new iPad mini because it lacks a new design, the 9th-generation iPad is still a great deal for some people.

Apple’s tablet lineup has grown significantly since the first iPad was introduced in 2010. While in the past Apple only offered a single iPad version for $499, the company now provides different options for different target audiences. Now we have the iPad Pro, iPad Air, iPad mini, and the iPad.

As the company has added fancy, high-end features to its more expensive iPads, Apple has turned the regular iPad into an entry-level model that doesn’t have all the latest and greatest technologies but still offers a great experience for those who want an iPad at a more affordable price.

Now in its ninth generation, the regular iPad still doesn’t look like its more expensive siblings, but it has enough features for it to be the best option for some users.

The iPad 9 doesn’t have that amazing design with an edge-to-edge screen or Face ID, but that doesn’t make it any less of an iPad. The truth is, no matter which iPad you choose, they’re capable of doing pretty much the same things in terms of software.

From the iPad 9 to the M1 iPad Pro, they all run the same iPadOS 15 and share all the core features like multitasking, Quick Note, Live Text, Universal Control, Sidecar, and Augmented Reality. And, of course, users can download and install all the great apps available for iPadOS on any iPad model currently offered by Apple.

In other words, you can run apps like Photoshop, Illustrator, GarageBand, iMovie, LumaFusion, ProCreate, and more on the 9th-generation iPad. If you really want to try using it as a computer, iPad 9 also supports a keyboard and mouse, just like any other iPad.

On top of all this, it still has a decent 10.2-inch Retina display, Touch ID (which is built into the classic Home button), and support for Apple Pay in apps and websites.

It’s a powerful device — and faster than the competition

The new iPad 9 features the A13 Bionic chip, which is the same one found in iPhone 11 and the 2nd-generation iPhone SE. Although this is a two-year old chip, it’s still quite powerful by today’s standards. In fact, this iPad with the A13 chip probably delivers better performance than any other tablet or computer in the same price range.

Having the A13 Bionic chip means that the iPad 9 can not only run most of the apps and games available on the App Store without any problems but also that it has years of software updates guaranteed.

In addition to the processor, Apple has added a 12-megapixel ultra-wide front lens to this year’s entry-level iPad. This not only enables better photo and video quality, but also brings Center Stage — a feature that was previously exclusive to the iPad Pro that automatically keeps the user centered in the frame during a video call.

In order to get the full iPad experience, you may need some extra accessories. These accessories will certainly make you spend more money.

Since the iPad 9 design is based on older iPad models, it still works with the first-generation Apple Pencil (which is $30 cheaper than the new version) and the original Smart Keyboard, which costs $159 — while Apple’s Magic Keyboard costs $299.

And of course, you can easily find third-party accessories that work great with the 9th-generation iPad.

The biggest appeal of the entry-level iPad model, as you can imagine, is its price. At only $329 (or $299 if you’re a student), there’s nothing like the iPad 9 on the market. You might be able to find other tablets or laptops for similar prices, but they’re unlikely to offer the same experience you would get with the iPad 9.

I’m not saying that no one should buy the more expensive iPads; on the contrary, they exist for a reason, and there are certainly many people who want and need the features available only on the iPad Air and iPad Pro.

The thing is, some people only want an iPad for basic things like watching videos, surfing the web, and using FaceTime. If this is your case, you should probably save some money and go with the iPad 9 without any fears. Even though it’s not a premium device, the iPad 9 still offers most of the things that make the iPad what it is.

I once had one of these entry-level iPad models, and honestly, there wasn’t much that I missed compared to the more expensive models.

You can now order the iPad 9 on Apple’s website, with the first shipments expected on September 24.