Unlock with Apple Watch not working for some iPhone 13 owners 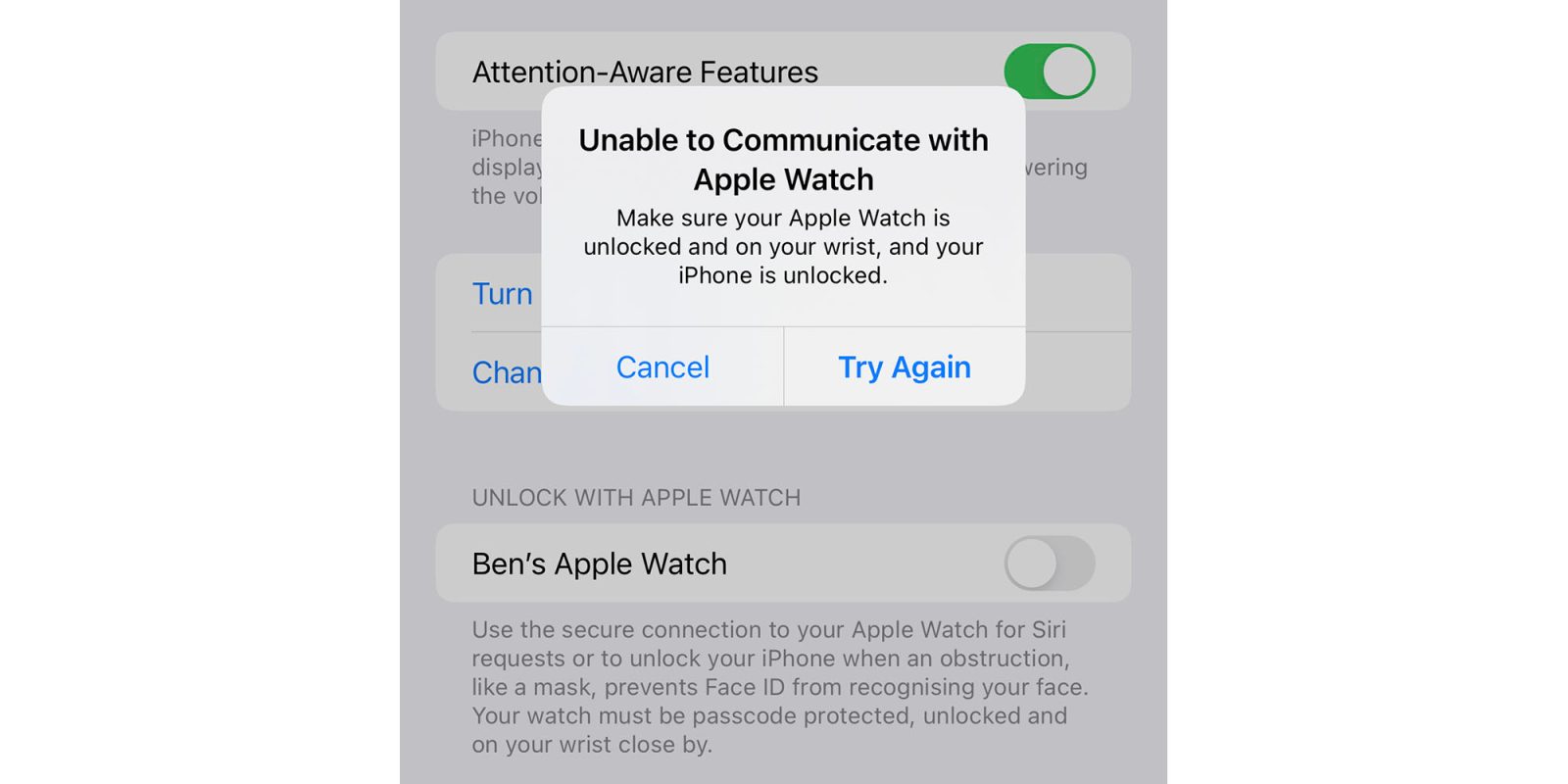 The Unlock with Apple Watch feature is not working for some new iPhone 13 owners, displaying an error message when attempting to toggle it on …

The feature was introduced back in April as a convenient workaround for unlocking your iPhone while wearing a face mask.

However, many of those trying it today – including two of us here at 9to5Mac – are finding that the feature cannot be enabled. Attempting to toggle it on results in an error message:

Unable to Communicate with Apple Watch. Make sure your Apple Watch is
unlocked and on your wrist, and your iPhone is unlocked.

Nothing anyone tries seems to cure it.

“I tried turning wrist detect on and off, turning on and off the unlock watch with phone, restarted watch, restarted phone, cycled Bluetooth off and on, did the same with airplane mode.”

“I’ve tried resetting passwords, resetting all network settings, resetting the Apple Watch (restoring from backup and starting as new), changing both passwords to the same thing, toggling other settings etc. Nothing works. Absolutely nothing.”

Given that this appears to be a widespread issue, it’s looking like this might be a bug Apple needs to fix with an iOS update.