You can now unlock your iPhone with your Apple Watch when wearing a face mask, here’s how 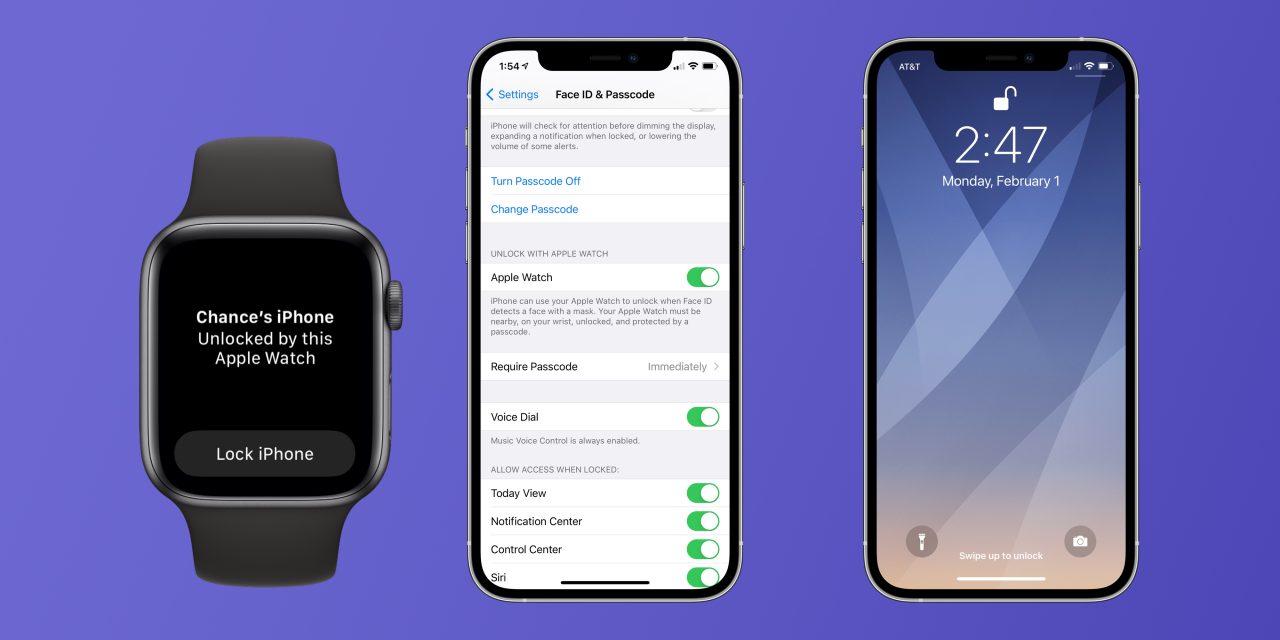 Apple has officially released iOS 14.5 and watchOS 7.4 to the public, bringing a major change to the integration between iPhone and Apple Watch. For the first time, you can now use your Apple Watch to unlock your iPhone when you’re wearing a face mask. Here’s how it works.

Unlock your iPhone with Apple Watch

Another thing to keep in mind here is that if you disable the Apple Watch wrist detection feature, then you will not be able to unlock your iPhone with your Apple Watch.

The feature is similar to how the Apple Watch unlock feature works on the Mac, but it appears to be both faster and more reliable in my early testing. On the Mac, the Apple Watch can be used for a variety of different authentication tasks, including accessing controls in System Preferences, making Apple Pay purchases, and more.

On the iPhone, Apple Watch unlock is limited solely to unlocking your iPhone while wearing your mask. It does not work if your iPhone can’t detect if you’re wearing a mask, and it does not work for things like Apple Pay, credit card auto-fill in Safari, or accessing Apple Card features in the Wallet app. In those instances, you’ll still have to enter your passcode if you’re wearing a mask.

The “Lock iPhone” button is an important security step as it allows you to re-lock your iPhone if it were to be unlocked by someone else wearing a face mask. It does not appear that this feature is scanning for your face at all. Instead, it is simply looking for a face mask, and when it registers a face mask — whether it’s on you or someone else — it will use proximity to unlock with your Apple Watch.

Ultimately, what’s important to keep in mind here is that the Unlock with Apple Watch feature is not as secure as unlocking with Face or passcode, but it is far more convenient.

Despite its limitations, support for unlocking your iPhone with your Apple Watch while wearing a mask is a huge change amid the COVID-19 pandemic.  (U.S. readers, please keep in mind that vaccination distribution isn’t as far along in other countries around the world.)

What do you think of the feature? Let us know down in the comments!