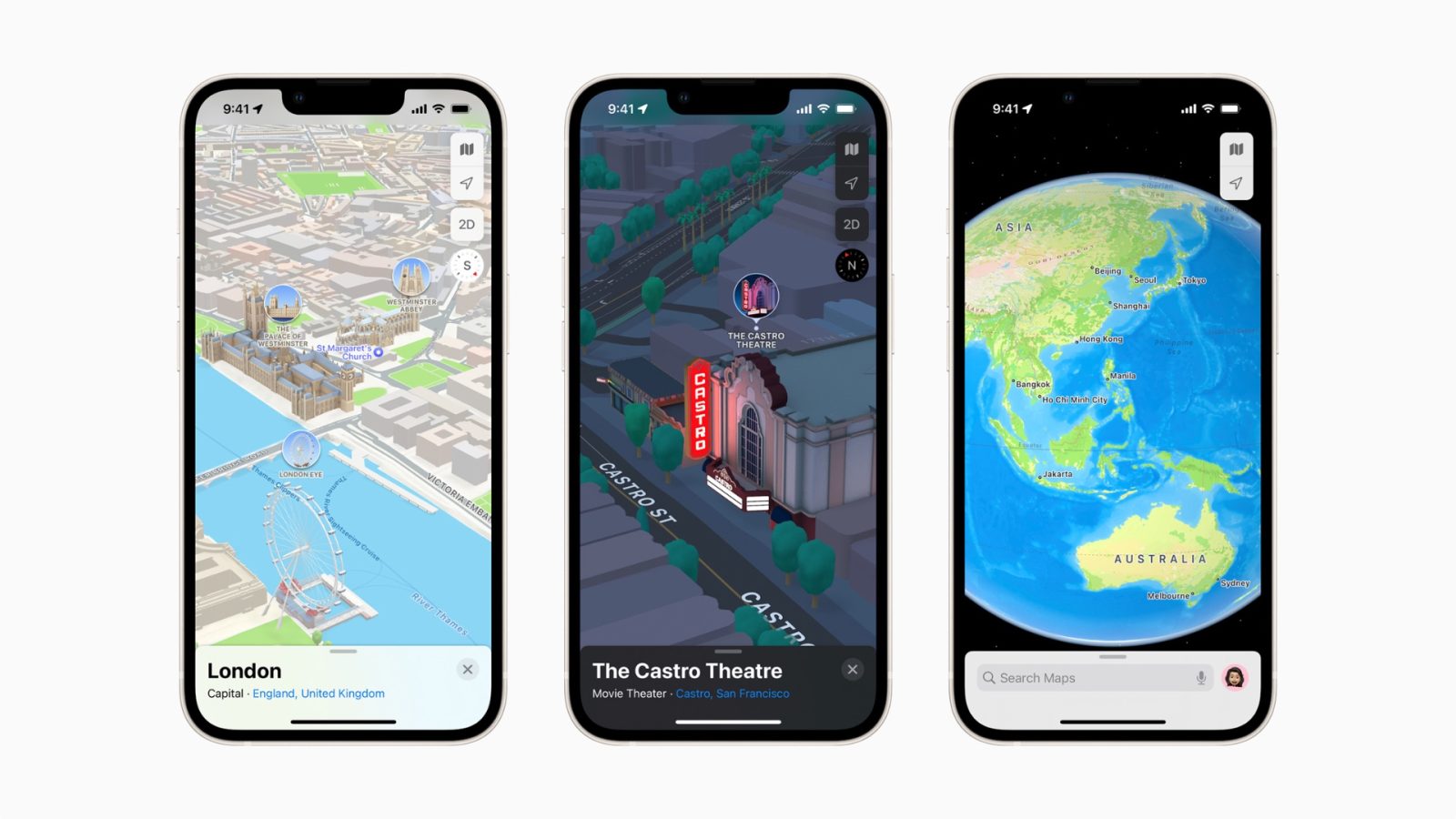 Apple Maps will expand the number of cities with 3D view in the coming months. As of now, iOS 15 users can experience London, Los Angeles, New York City, and other major cities in a full, richer way.

With the release of iOS 15, Apple Maps gets its biggest update ever with a city experience that offers rich details, driving routes with better navigation, immersive walking directions shown in augmented reality, and much more. The update, which expands on the new map that Apple spent years building from the ground up, is now available in London, Los Angeles, New York City, and the San Francisco Bay Area, with more cities to come.

According to a blog post, this new city map experience will be available “in Philadelphia, San Diego, and Washington, D.C. Support for additional cities, including Montreal, Toronto, and Vancouver, will be available next year.”

“We are thrilled to offer the new Apple Maps experience. Maps is the best way to navigate the world: It is easy to use, beautifully designed, and built with privacy at its core. With this update, we are pushing Maps even further, providing more ways for users to discover the natural beauty of the world and explore cities through a new 3D view,” said Eddy Cue, Apple’s senior vice president of Services. “Our goal has always been to build the best and most accurate map in the world. The upgrades in Apple Maps are a continuation of that effort, with features and an attention to detail that only Apple can deliver.”

Turn lanes, medians, bus and taxi lanes, and crosswalks are clearly displayed for navigating busy intersections, and highways with overlapping complex interchanges are rendered in a road-level 3D view, making it easier to see upcoming traffic conditions or the best lane for an approaching exit. Route planning provides the estimated time of arrival for future departures based on expected traffic. The new navigation will be available through CarPlay later this year.

The new operating system also introduces step-by-step walking guidance in augmented reality. Users can simply raise their iPhone to scan buildings in the area, and Maps generates a highly accurate position to deliver detailed directions that can be viewed in the context of the real world.

You can learn more about everything new with iOS 15 here.