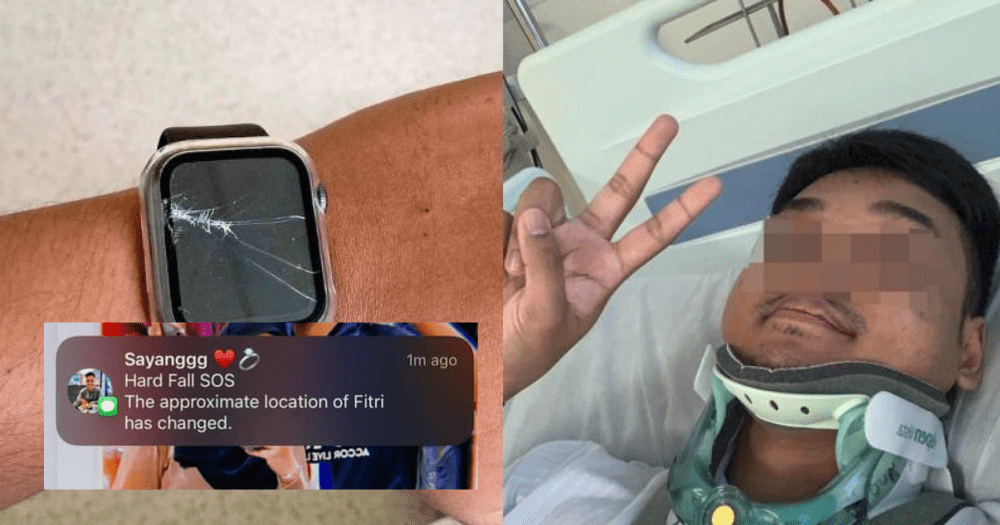 It’s no secret that as fun as motorcycles are, they’re far more dangerous in a collision than in a car. Even the most experienced rider faces the risk of someone driving distracted. That’s one of the main reasons I always ride with my Apple Watch and its SOS feature. For a 24-year-old motorcycle rider in Singapore, that potential benefit turned into a reality.

Apple Watch Series 4 and higher include a fall detection feature that can notify an emergency contact and local emergency services if you become unresponsive after a fall is detected. The watch gives you a short period of time to respond to the fall alert. If you’re knocked out or not in a condition to dismiss the alert, the watch calls for rescue.

That’s exactly what happened to Muhammad Fitri who was knocked unconscious after colliding with a van while riding his motorcycle. The accident, which was determined to be a hit-and-run, occurred on September 25.

Fitri’s Apple Watch with fall detection sent a Hard Fall SOS notification to his girlfriend notifying her of the incident while also providing his location. The Apple Watch also automatically contacted emergency services, which sent an ambulance to the scene of the collision.