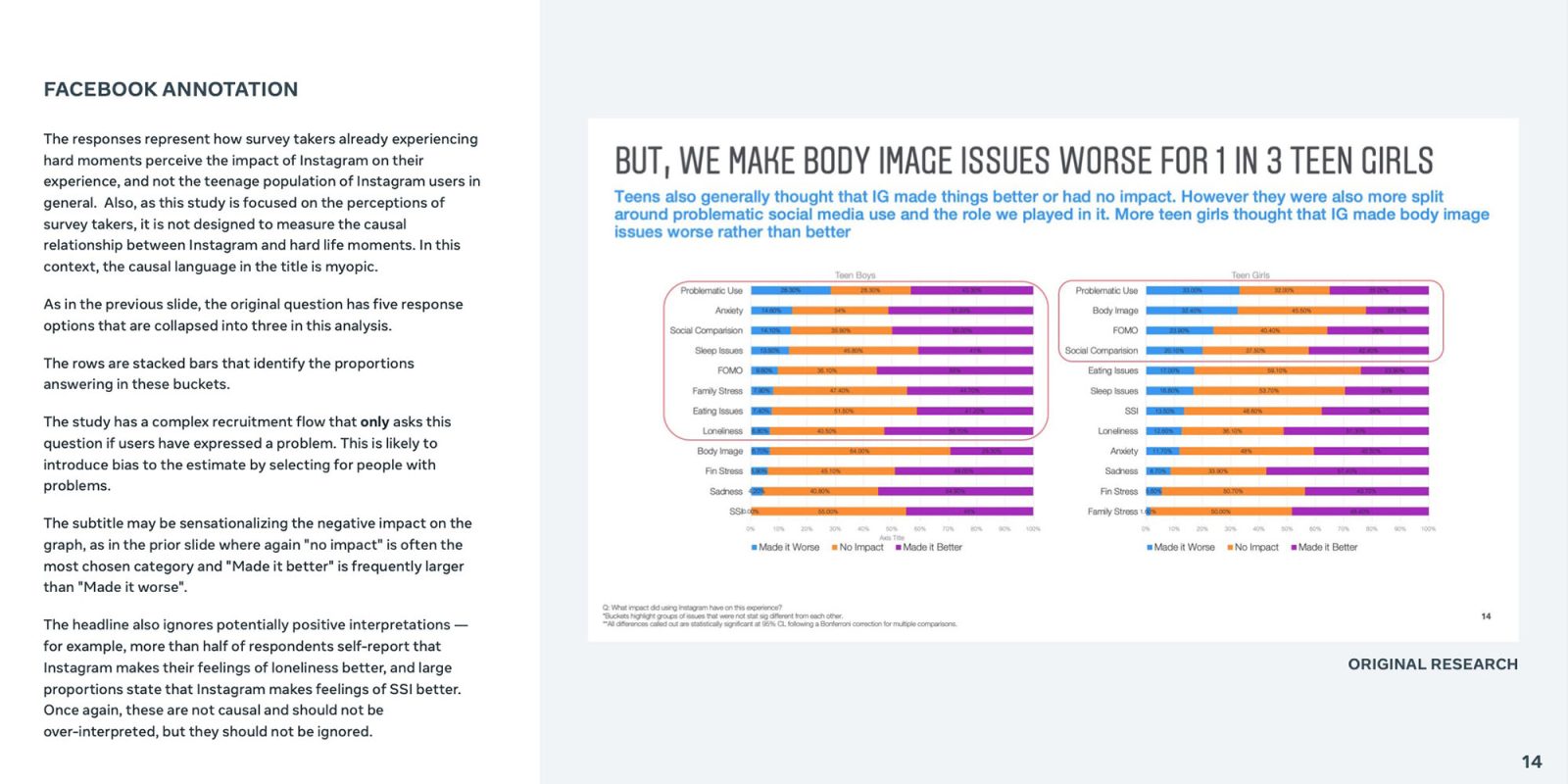 Facebook has attempted to defuse the controversy over its Instagram teen research by releasing two of the reports to the public, annotating them with what it says is important context.

The social network also accuses the WSJ, which obtained copies of the reports, of “mischaracterizing” their conclusions. The paper has not yet directly responded to that accusation, but has instead shared four more reports that Facebook did not make public …

The WSJ obtained access to an internal presentation on three years’ worth of research into the impact of Instagram use by teenagers, particularly teenage girls. The paper concluded that the findings showed that Instagram was “toxic” for teen girls, and that Facebook was aware of this.

Facebook claimed that the findings had been taken out of context, and that its research actually showed that Instagram use did more good than harm. However, it subsequently announced that it was suspending work on an Instagram for Kids project.

The company also promised to make public two of the reports.

The social network first provided copies of two reports to Congress, then made them public. The versions released have annotations that the company says are important to place the findings into context.

Earlier today, we provided Congress with the two full research decks that were the primary focus of the Wall Street Journal’s mischaracterization of internal Instagram research into teenagers and well-being. We added annotations to each slide that give more context because this type of research is designed to inform internal conversations and the documents were created for and used by people who understood the limitations of the research. Now, we’re publicly releasing these two research decks with annotations.

Most of the annotations argue either that Facebook was specifically digging for particular problems, or that the findings are not necessarily statistically significant. The latter seems an odd claim, since the company clearly considered the findings sufficiently robust to inform policy decisions.

The WSJ responded by releasing all six original reports.

The Instagram article was part of a series called the Facebook Files, which was based on research reports, online employee discussions and drafts of presentations to senior management, among other company communications. It revealed how clearly Facebook knows its platforms are flawed.

The paper said that it redacted most employee names from the reports, but did leave in the most senior ones.