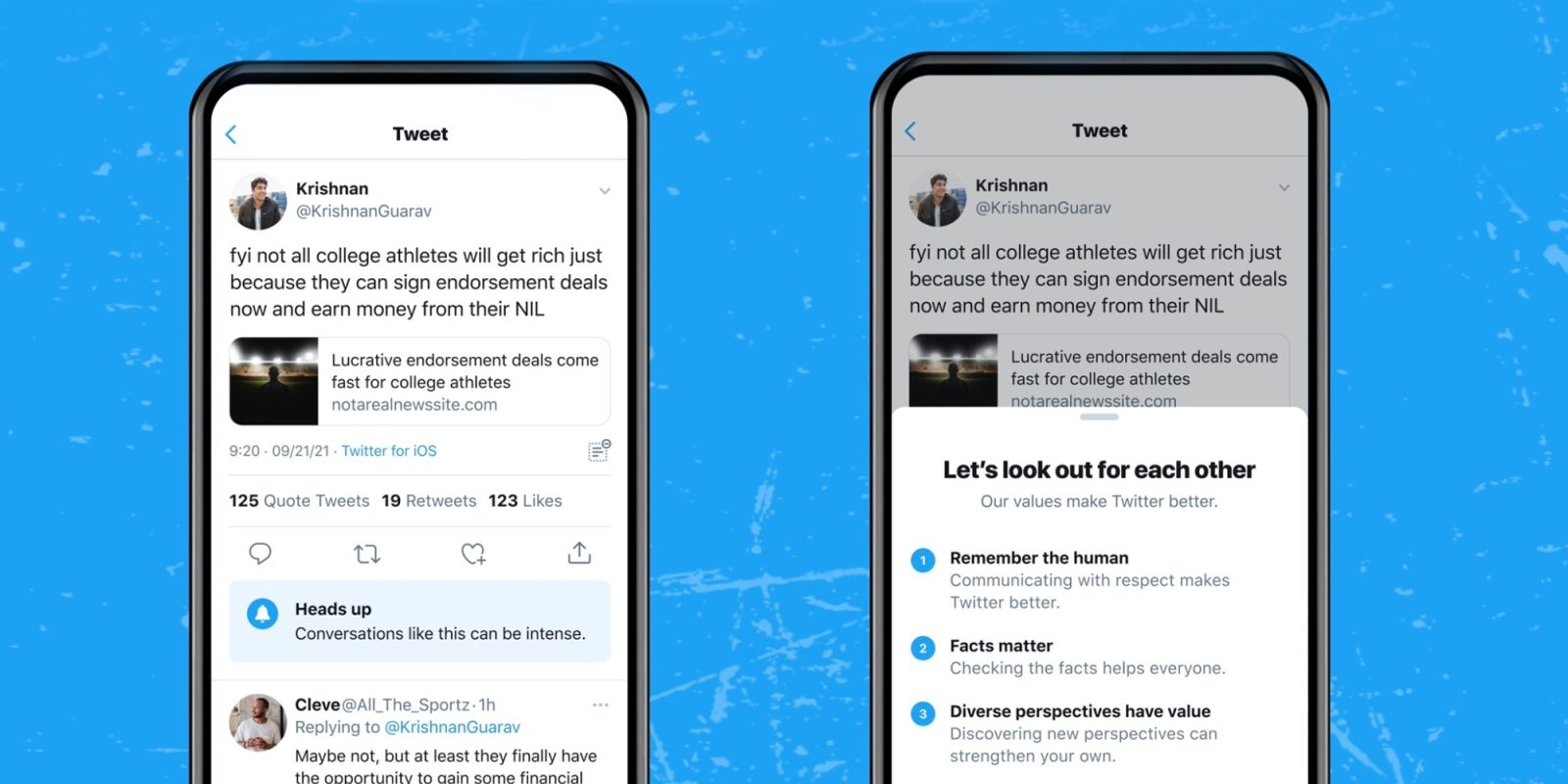 In its battle to add more “social privacy” upgrades to its platform and make Twitter a better place, the blue bird company announced a new feature they’re testing that will let people know whether they’re about to engage with a conversation that can lift everyone’s spirit, or if it could get ‘intense.’

In a tweet, Twitter Support questions: “Ever want to know the vibe of a conversation before you join in?” For which, the account continues: “We’re testing prompts on Android and iOS that give you a heads up if the convo you’re about to enter could get heated or intense.”

This feature is a “work in progress” as the company will try to learn how to better support healthy conversation. A few months ago, for example, researcher Jane Manchun Wong discovered that Twitter was planning some different labels according to people’s tweets.

Now, this “Heats up” prompt, although it doesn’t have the same proposition, will let users know in what kind of conversation they’re getting into. Here’s what the prompt will say:

Let’s look out for each other

It’s unclear how many people are currently in this test and when people will start seeing this “Heat Up” prompt.