Twitter testing the ability to remove followers without blocking them 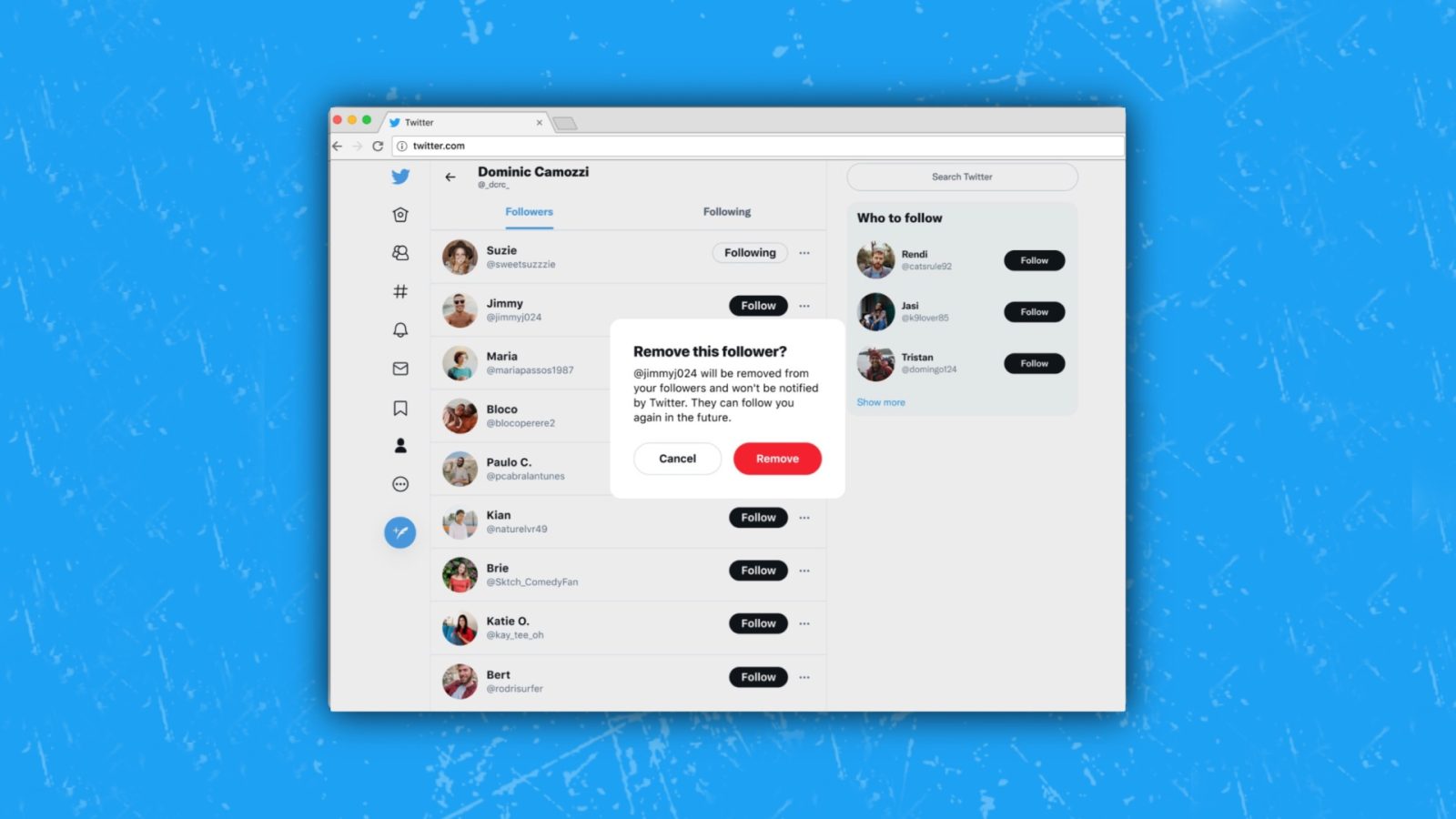 Last week, a report indicated that Twitter was working on more “social privacy” upgrades. Now, the social network is indeed rolling out a test of one of these features with the ability to remove followers without blocking them.

The Twitter Support page announced that the company is making it easier to remove a follower or, as it explains, “be the curator of your own follower list.” Starting today, a group of people will be able to remove followers without blocking them on the web.

If the test turns out to be appreciated by the community, more people will be able to remove followers without the need to block them.

According to a Bloomberg report last week, Twitter is also working on a few more ideas, which the company calls “social privacy” upgrades. For example:

Also today, Twitter started to roll out a new edge-to-edge design for the timeline to select users on iOS.

The new timeline design in Twitter for iOS takes images, videos, and GIFs and stretches them full-width. This change essentially gives Twitter for iOS an edge-to-edge design that removes the margins on the sides. Twitter says:

Now testing on iOS: Edge to edge Tweets that span the width of the timeline so your photos, GIFs, and videos can have more room to shine.

It’s unclear at this point when or if Twitter plans to roll out this new design to all users, but for now, it is only in the “testing” phase.