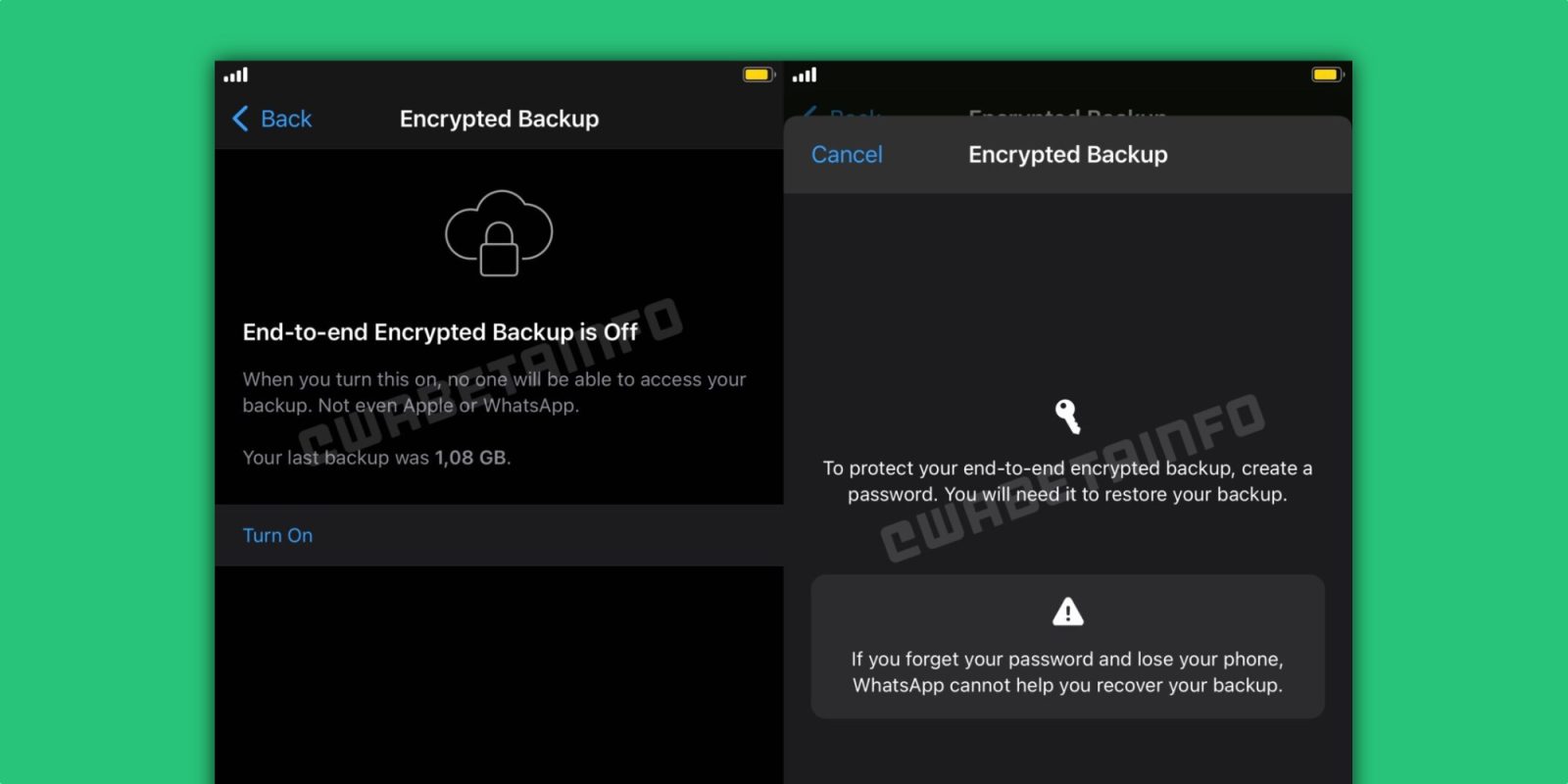 Almost a month since Facebook’s CEO Mark Zuckerberg announced WhatsApp would receive end-to-end encrypted backups, it looks like the feature is finally rolling out for some beta testers.

As reported by always reliable WABetaInfo, version 2.21.200.14 of WhatsApp released end-to-end encrypted backups for specific beta testers. With that, these users will already take advantage of protecting their data from everyone, including Apple, Facebook, and WhatsApp.

To discover whether you’re one of the selected beta testers, follow these steps:

The next time you use a new iPhone, WABetaInfo notes, users will need to “manually restore your chat history within WhatsApp.”

Here’s how Mark Zuckerberg described this feature when he announced it:

We’re adding another layer of privacy and security to WhatsApp: an end-to-end encryption option for the backups people choose to store in Google Drive or iCloud. WhatsApp is the first global messaging service at this scale to offer end-to-end encrypted messaging and backups, and getting there was a really hard technical challenge that required an entirely new framework for key storage and cloud storage across operating systems.

This new end-to-end encrypted backup is another step for the app’s plan of supporting multi-device with the same account as well as giving extra protection to its users.

Since this feature is already available for some public beta testers, it’ll probably not take long before it’s available to all users.

Are you already able to access end-to-end encrypted backups? What do you think about this feature? Tell us in the comments section below.