Ecobee rolling out ‘Hey Siri’ and Airplay integration to its SmartThermostat 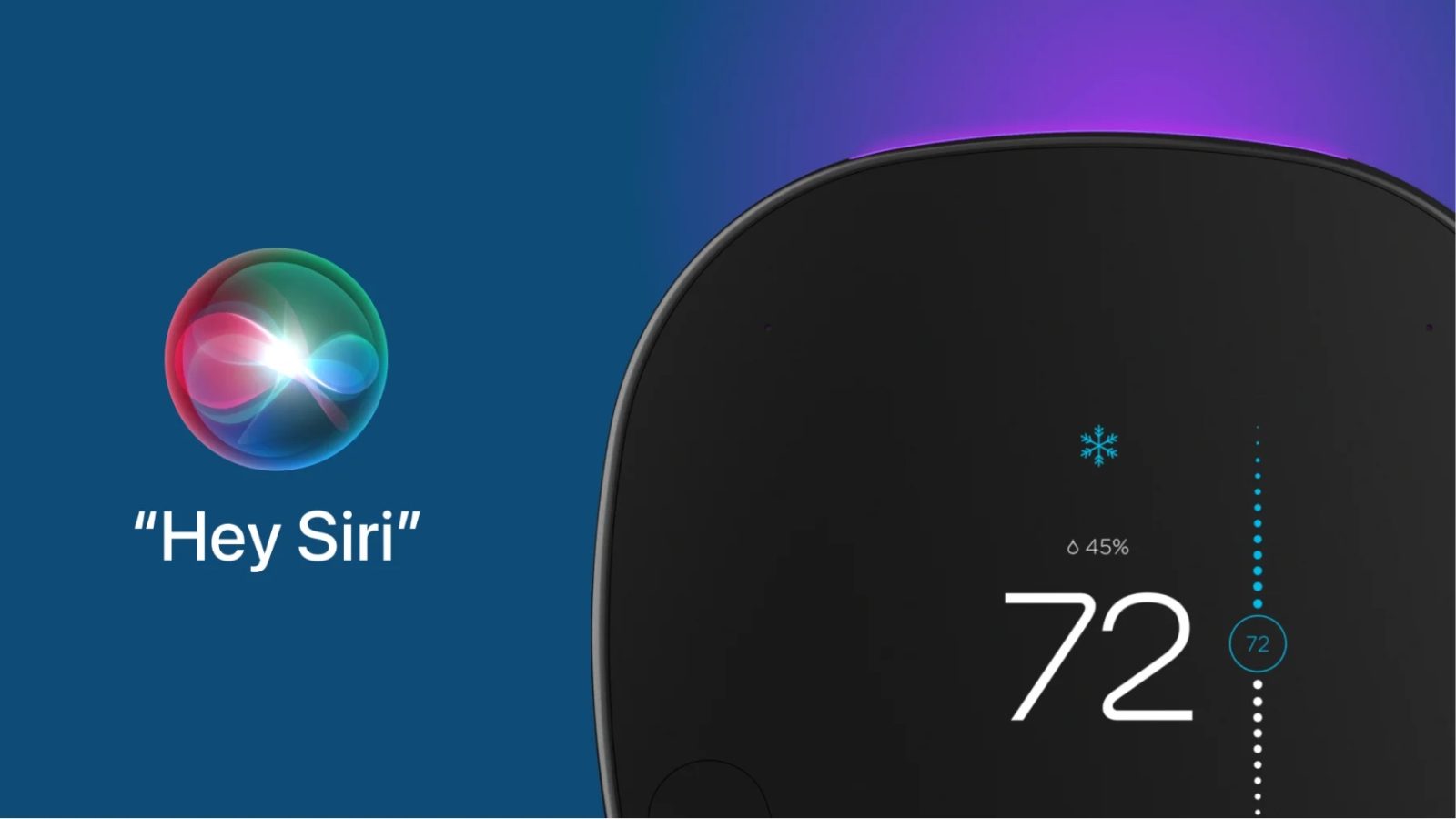 At WWDC this summer, Apple announced that it would be expanding Siri’s availability to third-party devices for the first time. Today, Ecobee is announcing that it is rolling out support for Siri integration for its popular SmartThermostat with voice control. Head below for the full details on how this works.

When we reviewed the SmartThermostat with voice control two years ago, we called it the best HomeKit option on the market, something that remains true today. At the time, the “voice control” portion of the device was limited to Amazon’s Alexa, but that changes with today’s announcement.

Ecobee made the announcement in a press release:

As Apple announced at WWDC, there is an important caveat to Siri being supported on third-party devices: You’ll need to have a HomePod mini on the same network as your Ecobee. This is because when you use “Hey Siri” and make a request through the Ecobee, it routes the request over your network and through the HomePod mini.

For instance, if you say “Hey Siri, unlock the front door,” the Ecobee SmartThermostat can pick up your request, send it to the HomePod mini in another room, where the command is ultimately performed.

Even further, as noted by the Verge, this update also turns your Ecobee SmartThermostat into an AirPlay 2 target. Of course, the SmartThermostat doesn’t feature the world’s greatest speakers, but this does let you play music and podcasts on the device, and include it in multi-room setups with other AirPlay-enabled devices.

We’re excited that customers will be able to talk to Siri directly from ecobee’s SmartThermostat with voice control, offering Apple customers a more seamless experience throughout the home. With every advancement to our products, we hope to make our customers’ lives better, with devices that bring even more comfort and convenience to each day. This new integration brings that promise to life by opening up new ways for our customers to control their home with our SmartThermostat.

Ecobee says the update is rolling out now to SmartThermostat with voice control models and will hit all users over the coming weeks. You’ll need a HomePod mini running software version 15 and for your SmartThermostat to be on firmware 4.7.5.352.