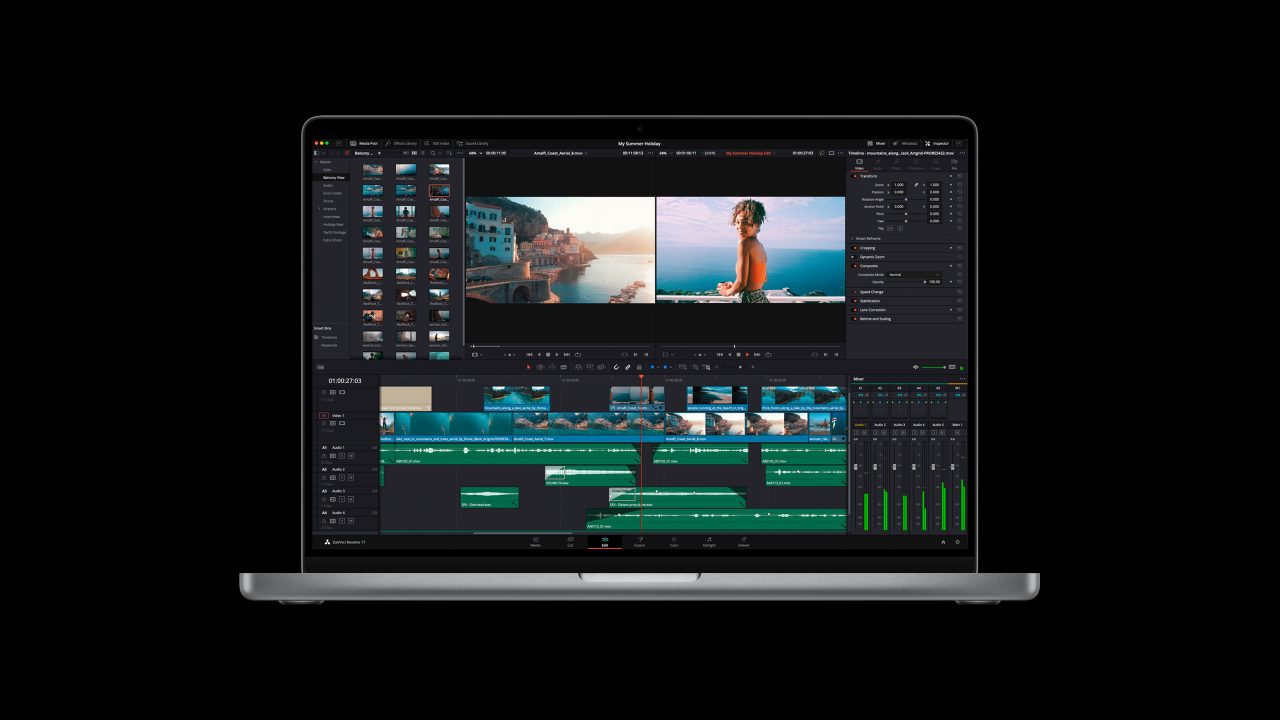 Blackmagic today released a new update to its popular video editing software DaVinci Resolve, which is available for multiple platforms – including macOS. In the Mac version of the app, the company has added full support for Apple’s new M1 Pro and M1 Max chips, and the developers say it runs up to five times faster on the new MacBook Pro.

DaVinci Resolve was updated with support for M1 Macs earlier this year, which had already improved the app’s performance considerably.

While apps updated with M1 support do not need another update to run natively on the recently announced M1 Pro and M1 Max chips, developers can make their apps take full advantage of the more powerful CPUs and GPUs in these chips.

Today’s update to DaVinci Resolve does just that, as it now supports hardware acceleration for the Apple ProRes codec – something that is exclusive to the new Apple chips. As a result, Blackmagic says DaVinci Resolve now runs up to five times faster on the new 14-inch and 16-inch MacBook Pro, even when editing 8K video.

An early benchmark result of the new MacBook Pro revealed that the M1 Max chip delivers up to 181% more graphics performance than the previous 16-inch MacBook Pro, putting the new laptops on par with the iMac Pro and other desktop machines with dedicated GPUs.

You can learn more about DaVinci Resolve 17 at Blackmagic’s official website.