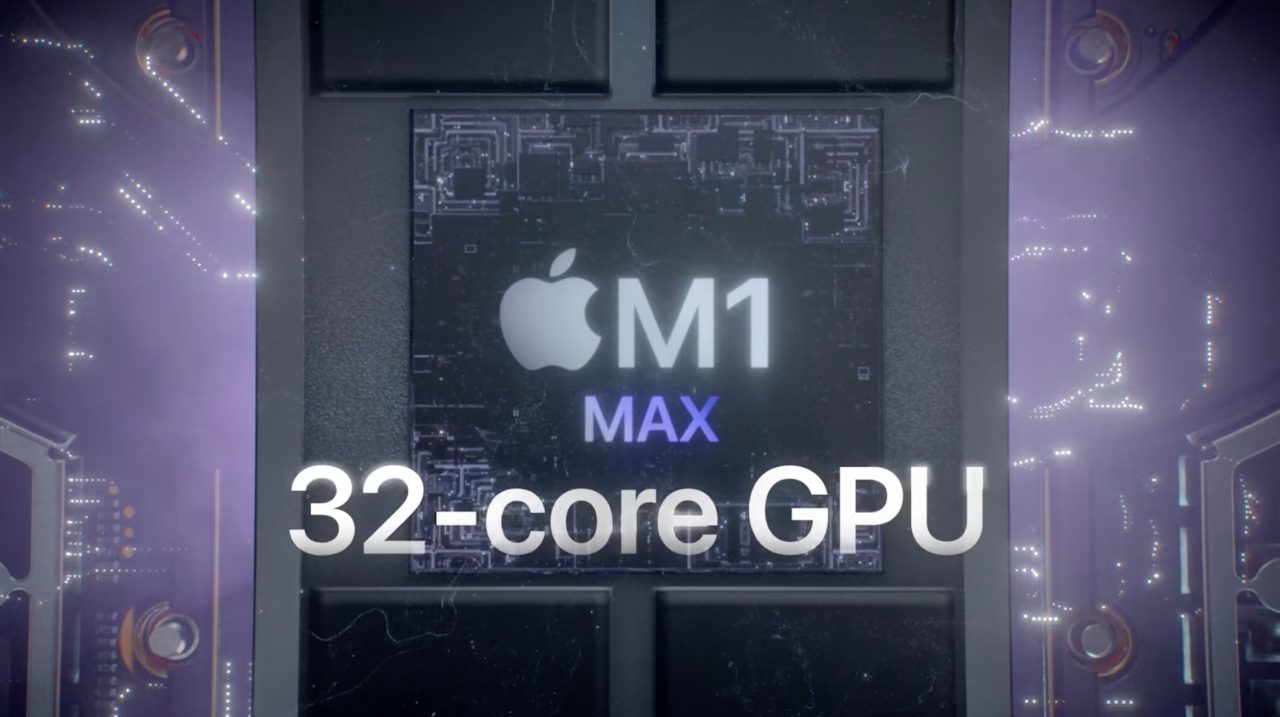 Apple this week unveiled the new 14-inch and 16-inch MacBook Pro, which are powered by Apple Silicon M1 Pro and M1 Max chips. An early benchmark already revealed that the M1 Max CPU delivers twice the performance of the M1 chip, and now a Metal score from Geekbench 5 shows that the M1 Max offers up to 181% faster graphics than the GPUs found in the previous 16-inch MacBook Pro.

When compared to the AMD Radeon Pro 5300M, which is the GPU found in the base model of the previous 16-inch MacBook Pro with Intel processor, the M1 Max chip has 181% faster graphics, as the AMD 5300M scores only 24461 in Geekbench 5. Even compared to the best GPU available for the previous model (which is AMD Radeon Pro 5600M), M1 Max still has 62% more powerful graphics.

This score puts the new MacBook Pro with M1 Max chip on par with the now-discontinued iMac Pro, which had a model equipped with the AMD Radeon Pro Vega 56 GPU.

While the M1 Pro chip is available with 14-core and 16-core GPU, the M1 Max chip has a 32-core GPU with unified memory, which means it shares the same 32 or 64GB of RAM for graphics. Apple points out that the memory bandwidth speed reaches 400GB/s. This, of course, makes the new MacBook Pro more than ideal for graphics-intensive tasks.

The new 14-inch and 16-inch MacBook Pro are now available for pre-order, with the first units expected to ship next week.