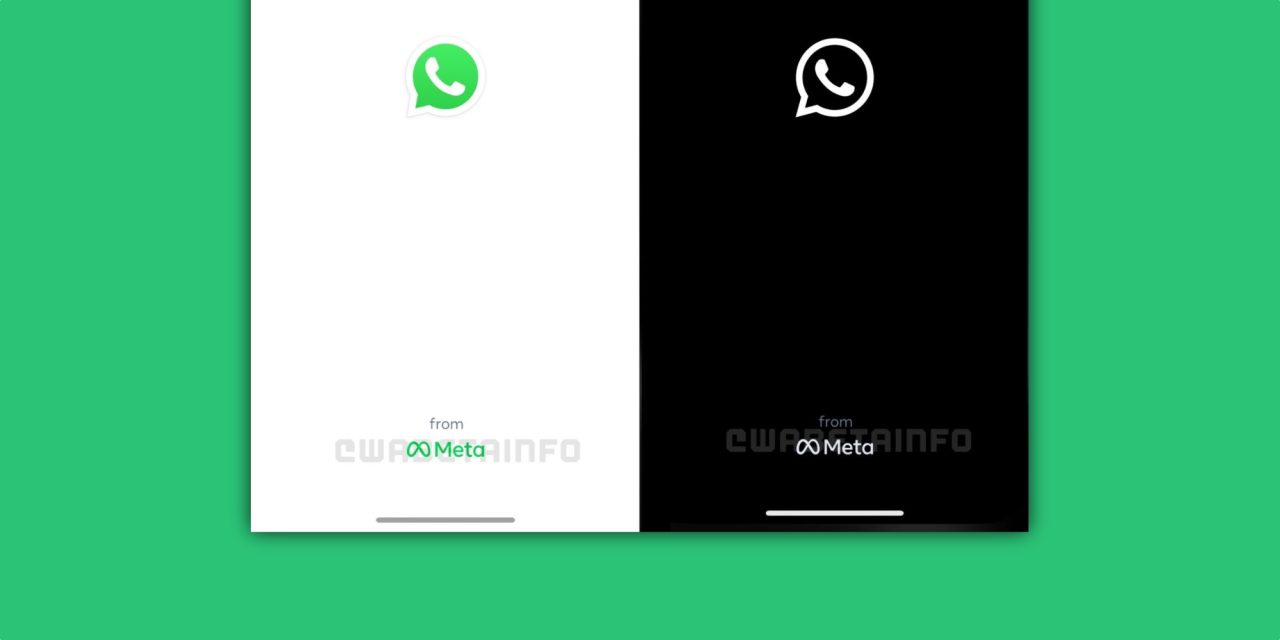 After Facebook announced this week that the brand that will gather Facebook itself, Messenger, WhatsApp, Instagram, and more will be called Meta, the company is now changing the footer of its apps to reflect that.

As spotted by WABetaInfo, with version 2.21.220.14 of WhatsApp beta, when you open the app, it doesn’t show “WhatsApp from Facebook” anymore and it now reflects “WhatsApp from Meta.”

About a year ago, WhatsApp added the “from Facebook” brand when opening the app and it’s now changing that to reflect its goals of being a metaverse company.

The publication also notes that WhatsApp also removed the “WhatsApp from Facebook” footer in the settings as well.

When Mark Zuckerberg announced this change alongside its plan for a billion users in its metaverse in a decade from now, he said:

As part of this, it’s time for us to adopt a new company brand to encompass everything that we do. To reflect who we are and what we hope to build. I’m proud to announce our company is now Meta.

According to WABetaInfo, “WhatsApp has developed this feature to help businesses improve their messages to customers. This means that they could be able to see general feedback about rated messages, but they cannot see who rated them and WhatsApp cannot see the content of the message. WhatsApp is using this technique to preserve your privacy, so the end-to-end encryption.”

What do you think about these changes? Do you think Facebook changing its name to Meta will make you have a higher vision of the company? Share your thoughts in the comment section below.