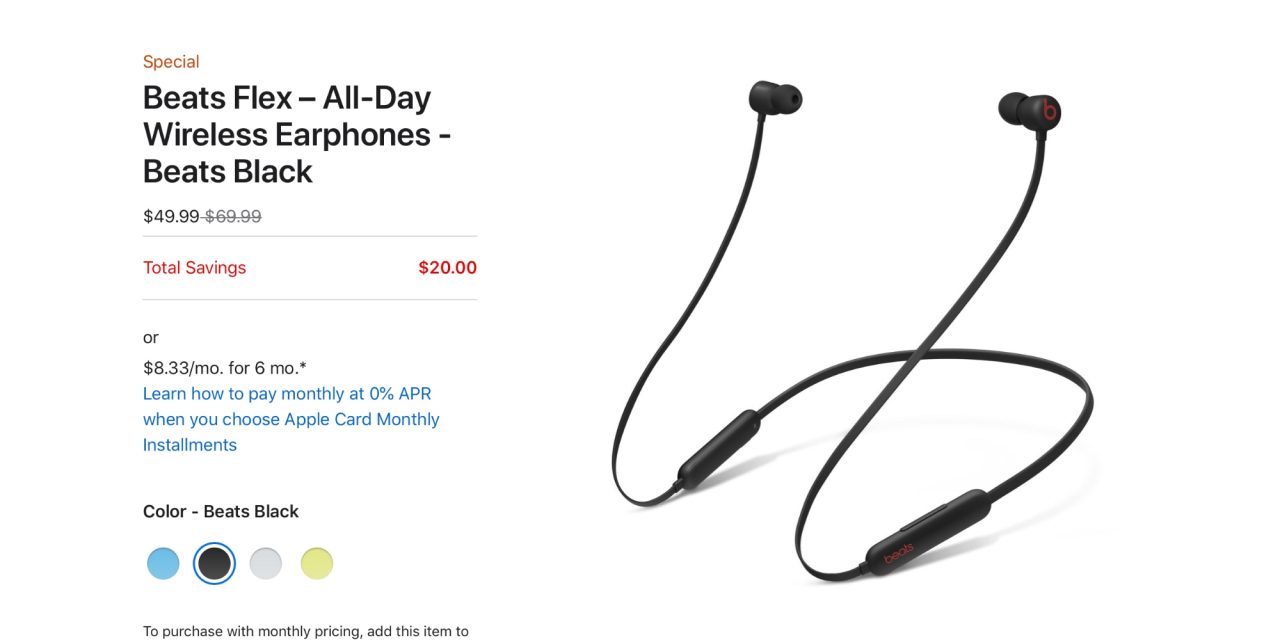 About a month ago, Apple raised the price of Beats Flex earphones to $69, possibly because it had difficulties maintaining a supply and demand balance. Now, mysteriously, the price is back as it always has been.

While this could be a special deal for the holidays, it’s weird that only a few weeks after raising the price Apple is now giving a discount, placing Beats Flex at $49.99 again.

Early today, 9to5Mac’s Chance Miller noted that Apple’s encouraging customers to ‘shop early.’ With the product shortages in mind, the company is running a new banner on its website that encourages customers to “shop early for the best selection of holiday favorites.”

Furthermore, Apple has announced that its extended holiday return window is now in effect. The company said:

Items purchased at the Apple Online Store that are received between November 1, 2021 and December 25, 2021, may be returned through January 8, 2022. Please note that all other terms and conditions provided in the Apple Online Store Sales and Refunds Policy are still applicable with respect to such items purchased. All purchases made after December 25, 2021 are subject to the Standard Return Policy.

Back in October last year, 9to5Mac’s Zac Hall described Beats Flex as “perfect for Apple Watch users who want to play music or podcasts directly without an iPhone, and iPhone users can turn to Beats Flex as wireless headphones to replace the Lightning EarPods that were previously included in the box.”

If you’re planning to get a new Beats Flex, now is the time to do that. You can find it on the Apple Store here.