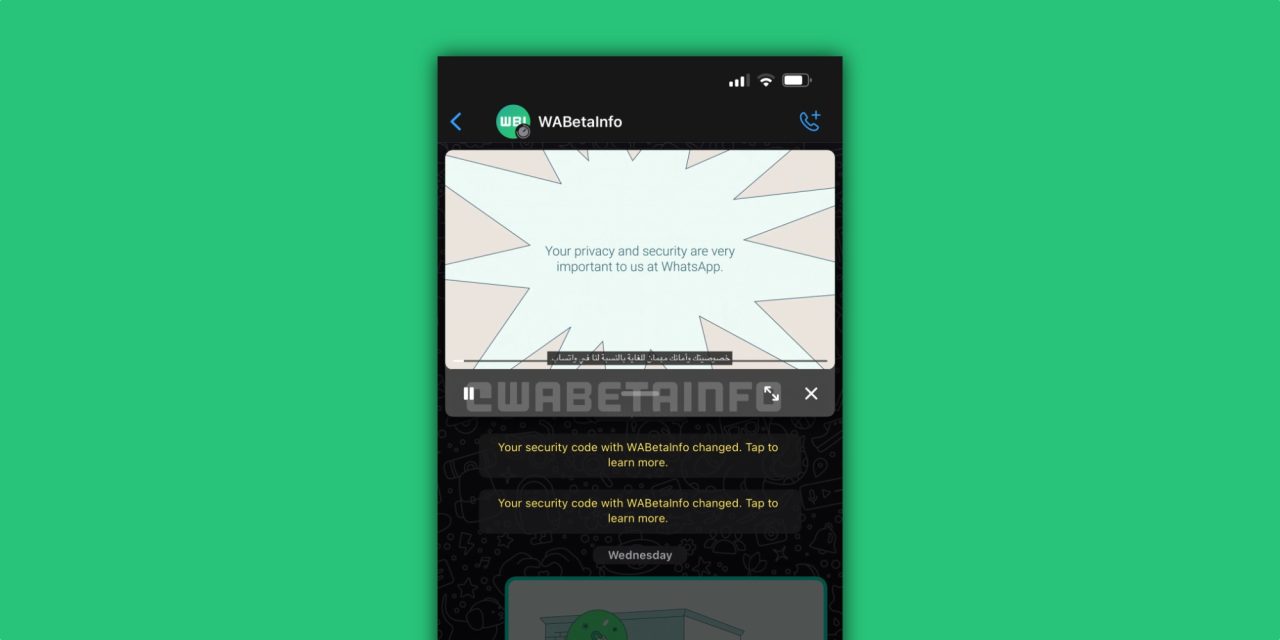 WhatsApp for iOS is rolling out a new beta version of its app. With this update, users can get a new interface to watch videos from Instagram, YouTube, and other sites within the app.

As reported by the always-reliable WABetaInfo, version 2.21.220.15 of the app brings a new interface for picture-in-picture video reproduction, implementing a new control bar. According to the publication, “it allows moving the picture-in-picture view easily, and it also implements some shortcuts, like the possibility to end the video and to show it in full-screen mode.”

WABetainfo notes that only a few iOS beta testers will be able to take advantage of this new control bar, as WhatsApp is slowly rolling out this feature over new versions of the app.

The blog also points out that “some iOS beta testers might notice a small change after playing a YouTube video within WhatsApp” as the app “immediately shows it in full-screen mode.” WAbetaInfo says this feature has also been rolled out for specific beta testers.

Of course, testing new functions doesn’t mean they will ever launch with the stable version of the app. Not only that, but in another beta version of WhatsApp, the company refreshed its branding for ‘WhatsApp from Meta’.

Meta is the name of the company that owns Facebook, Instagram, Messenger, among other apps. When Mark Zuckerberg announced this change alongside its plan for a billion users in its metaverse in a decade from now, he said:

As part of this, it’s time for us to adopt a new company brand to encompass everything that we do. To reflect who we are and what we hope to build. I’m proud to announce our company is now Meta.