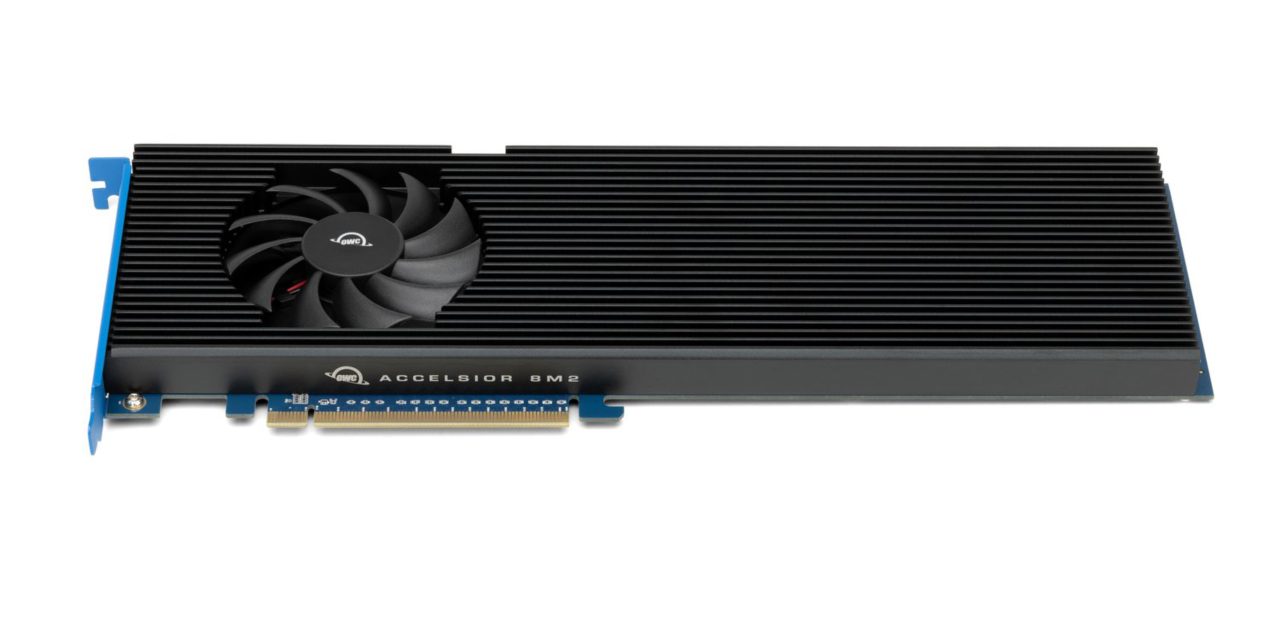 OWC, always on the forefront of third-party storage needs for Mac users, just launched its new OWC Accelsior 8M2 PCIE SSD, and it features some downright insane specs — with a price to match. The Accelsior 8M2 can be maxed out with up to eight 8TB NVMe M.2 SSDs for a total of 64TB of storage with up to 12,000MB/s real world PCIe Gen 3 speeds. The price? A mere $13,000.

I’ve been a big fan of OWC storage over the years. I used internal OWC storage solutions in my 2019 Mac Pro, and have used several external storage solutions with my MacBooks, iMac, and Mac mini machines. But for Mac Pro users in particular, this full-length, full-height x16 PCIe card takes the cake.

I thought I was doing something special when I built a 24TB PCIe SSD for my Mac Pro using six 4TB SSDs for my Mac Pro. While that drive was indeed fast and cavernous, this is on a whole different level with more than double the storage and significantly higher throughput.

As you would expect, the price rises quickly the higher your storage configuration:

As impressive as 32, or 64TB of storage is, the OWC Accelsior 8M2 is about more than just raw storage — it’s also about speed. OWC claims that the expansion features the fastest performance available for the 2019 Mac Pro, with up to 12,000MB/s real world PCIe Gen 3 speeds. What’s more is that the unit is PCIe Gen 4-ready, promising future speeds beyond 26,000MB/s.

Of course, to achieve such speeds, OWC employs the use of RAID, and utilizes its in-house SoftRAID to manage RAID arrays. With that in mind, performance will depend on how you configure the RAID array inside your Mac Pro.

OWC notes that its drive makes it possible for video editors to achieve the following:

While the OWC Accelsior 8M2 will work with Thunderbolt external storage solutions, to get the best performance out of it as a Mac user, you’d ideally want to use it with the Mac Pro. If you’re highly invested in the 2019 Mac Pro, this drive is a good way to keep it going strong for years to come, allowing you to work on many 8K video projects simultaneously without having to offload storage.

The OWC Accelsior 8M2 is now shipping and is macOS Monterey-compatible. Do you think Mac Pro users should take a serious look at it?