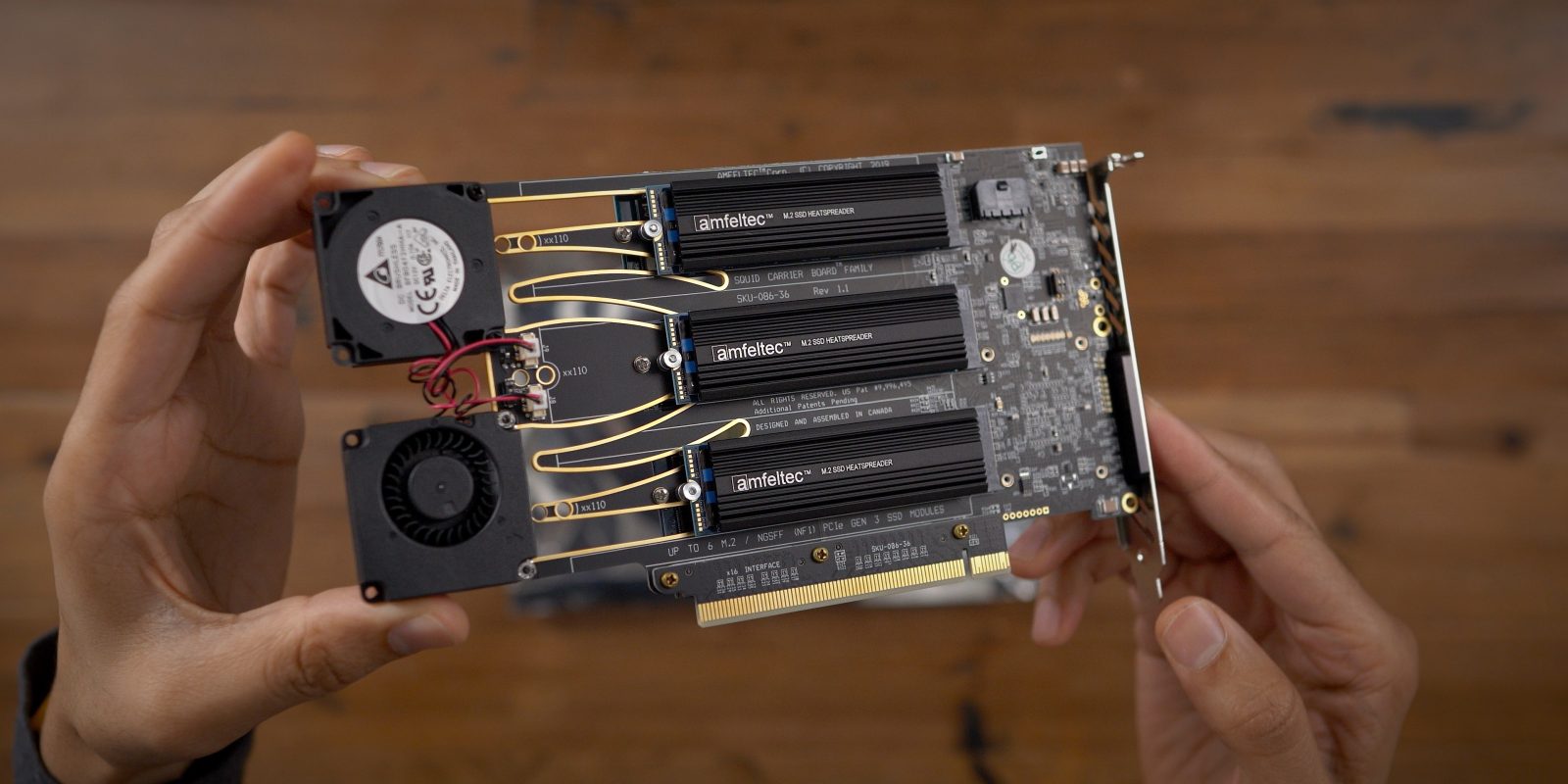 As I alluded to in my initial Mac Pro top features overview, I don’t need a Mac Pro to get my day-to-day work done, but the benefit I receive from its expandability makes it a very appealing machine for me.

In this latest episode of Back to the Mac I discuss why I purchased the Mac Pro, my Mac Pro setup, how I currently use it, and talk about some of the upgrades: a 24TB SSD and 384GB of RAM. Watch the full video for the details.

Why I purchased the Mac Pro

The main reason I purchased the Mac Pro was due to its expandability. As a former iMac Pro owner, I’d grown tired of the inability to upgrade simple aspects of the machine, like RAM and storage. Thunderbolt 3 connectivity has come a long way since it first arrived on the Mac in 2016, but it’s not a replacement for internal upgrades.

I also purchased the Mac Pro because I wanted a more capable CPU. I opted for the base model iMac Pro with the 8 core Xeon, so replacing it with a 16 core Mac Pro was a big step up. Simple things like timeline rendering in Final Cut Pro X and exports via often-used apps like ScreenFlow perform much better now. 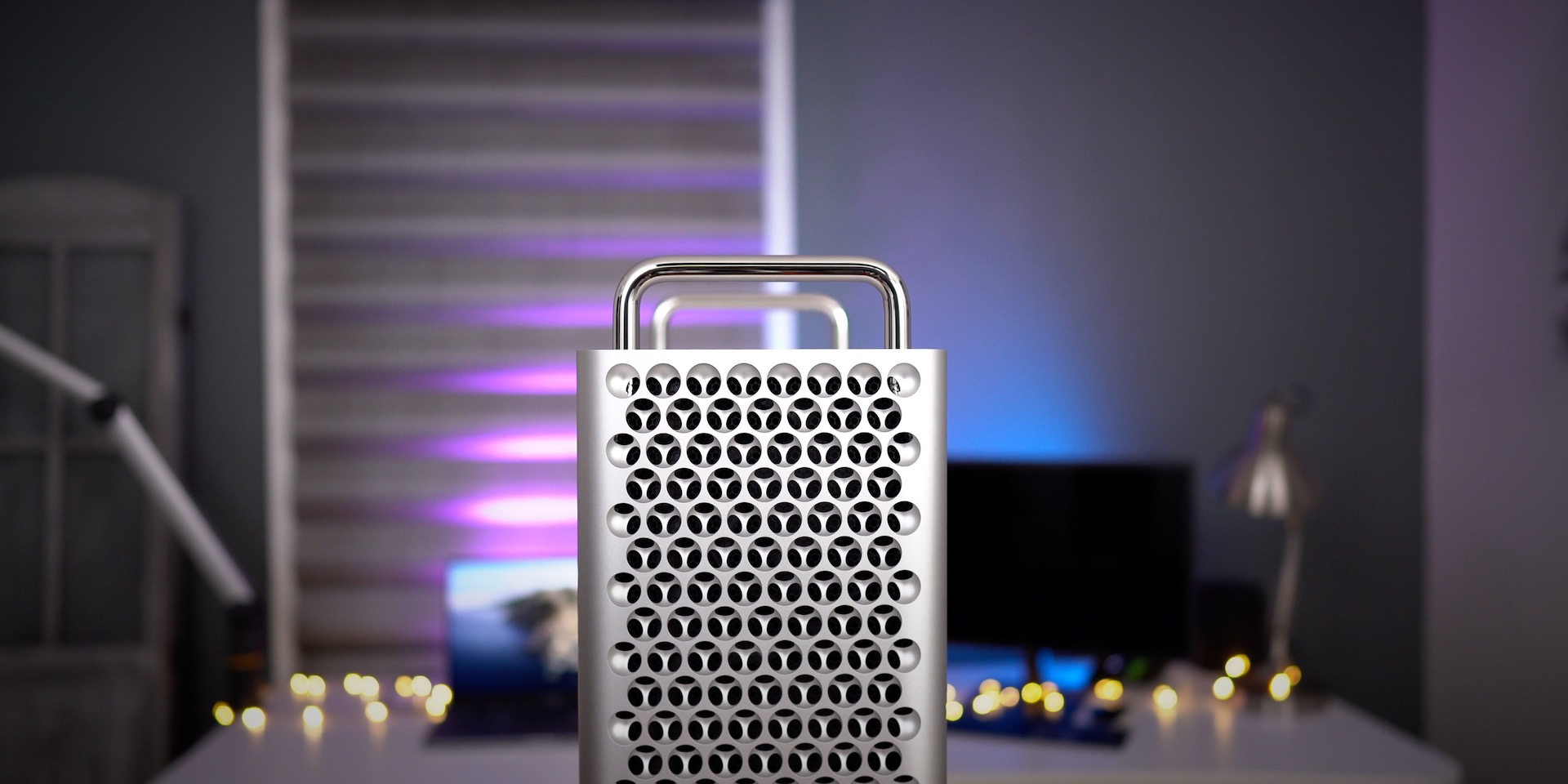 And as great as the iMac Pro 5K display is, I enjoy the flexibility of being able to select my own display. I’ve been testing the Pro Display XDR (stay tuned for a video walkthrough about that soon) and it’s a phenomenal monitor with lots of screen real estate and none of the ugly bezels found on the iMac. Like the Mac Pro, it’s definitely not perfect, but I’m quite enjoying using it so far.

Back to the Mac 015: My work-in-progress Mac Pro setup

Special thanks to iFixit for sponsoring 9to5Mac on YouTube. Get your iFixit Repair Kits today.

I left everything on the Mac Pro stock during the build-to-order process except for two key areas: processor and storage.

As mentioned, I opted for the 16 core processor. The base model 8 core didn’t really make sense for my needs, and I ultimately decided that I didn’t want to have to fool with upgrading the CPU myself at a later date. Besides, Apple charges a reasonable price for the CPU upgrade that’s largely in line with what you’ll find when purchasing the processor separately. 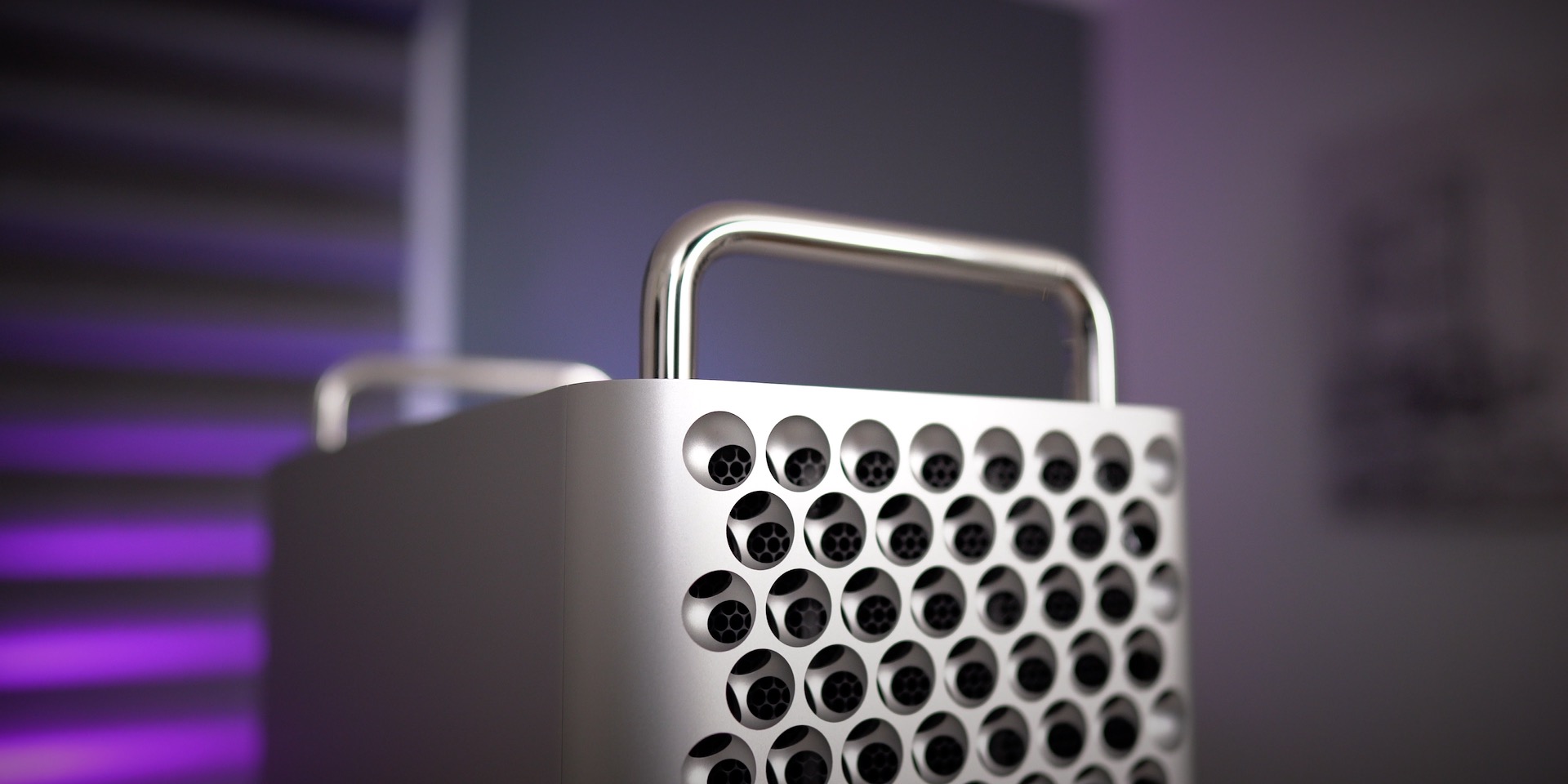 Apple includes a paltry 256 GB of storage in the base model Mac Pro. Although I could have managed having such a small amount of storage, I feel like 1 TB is the sweet spot. It’s just enough to not have to worry about micromanaging the system and installed apps, and it allows enough space for a comfortable Boot Camp Windows partition if desired. 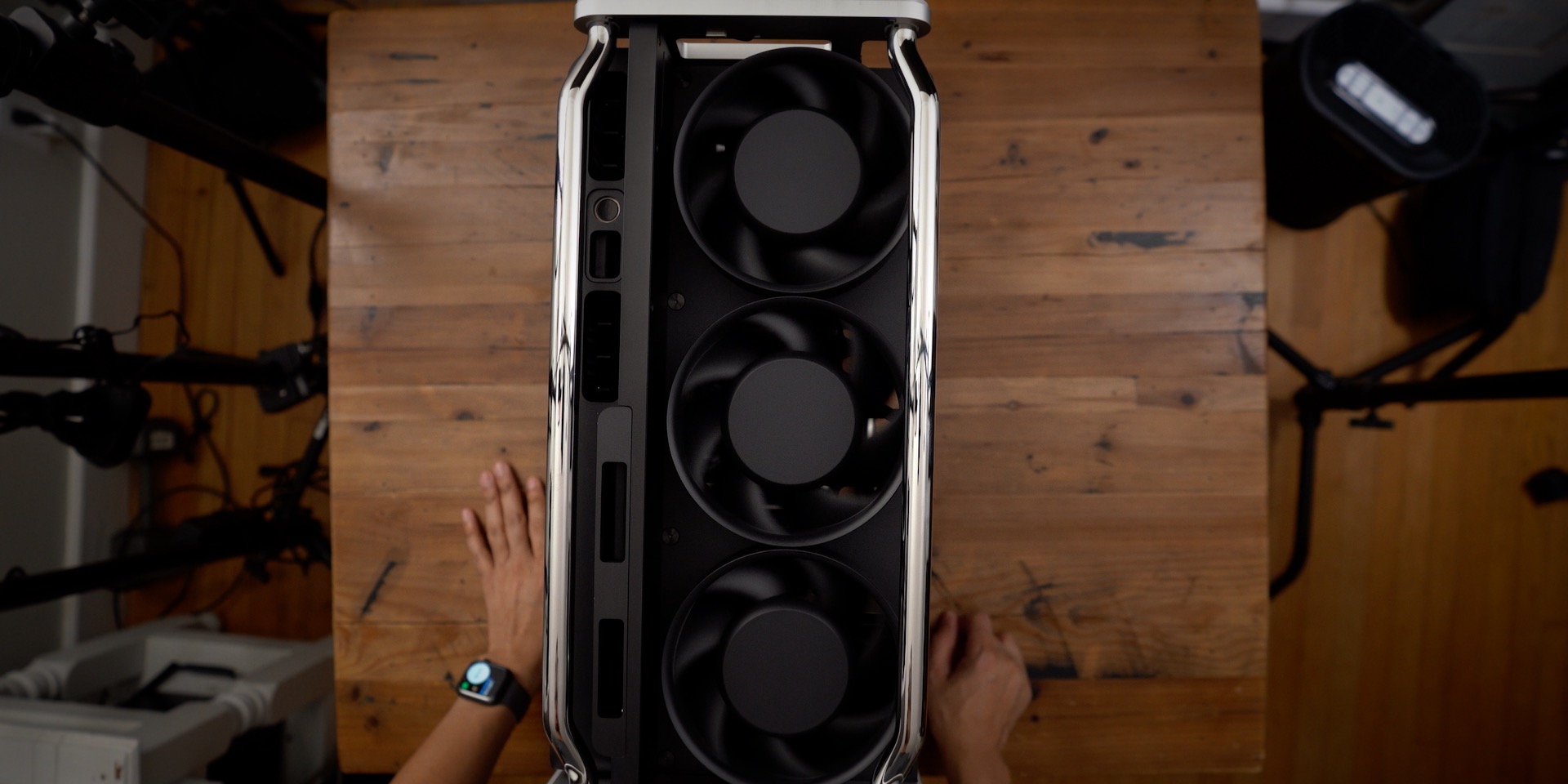 For everything else, I kept it stock, including the GPU. The Radeon Pro 580X is less than ideal, especially with only 8 GB of VRAM, but I’m waiting until the Navi-based Radeon W5700X MPX modules become available before I upgrade the GPU.

As stated, the great thing about the Mac Pro is that it’s so upgradable. Although I kept a lot of the system stock during the build-to-order process, I’ve already added several key upgrades during my brief time with the machine.

One of the most obvious upgrades is adding more memory. As we showed you late last year, you can easily upgrade the RAM in the Mac Pro and save tons of coin in the process. The folks over at Nemix make the Mac Pro compatible DIMM modules in either R-DIMM or LR-DIMM varieties. Remember, Apple notes that you cannot mix DIMM types, so you’ll have to select one or the other.

With this in mind, I opted for a 384GB RAM LRDIMM configuration from Nemix. This cost somewhere in the ballpark of $2000 right now, which is a really great deal when you consider that Apple charges three times that ($6000!) for the same configuration. Folks, please save your hard-earned money, and don’t but RAM from Apple. 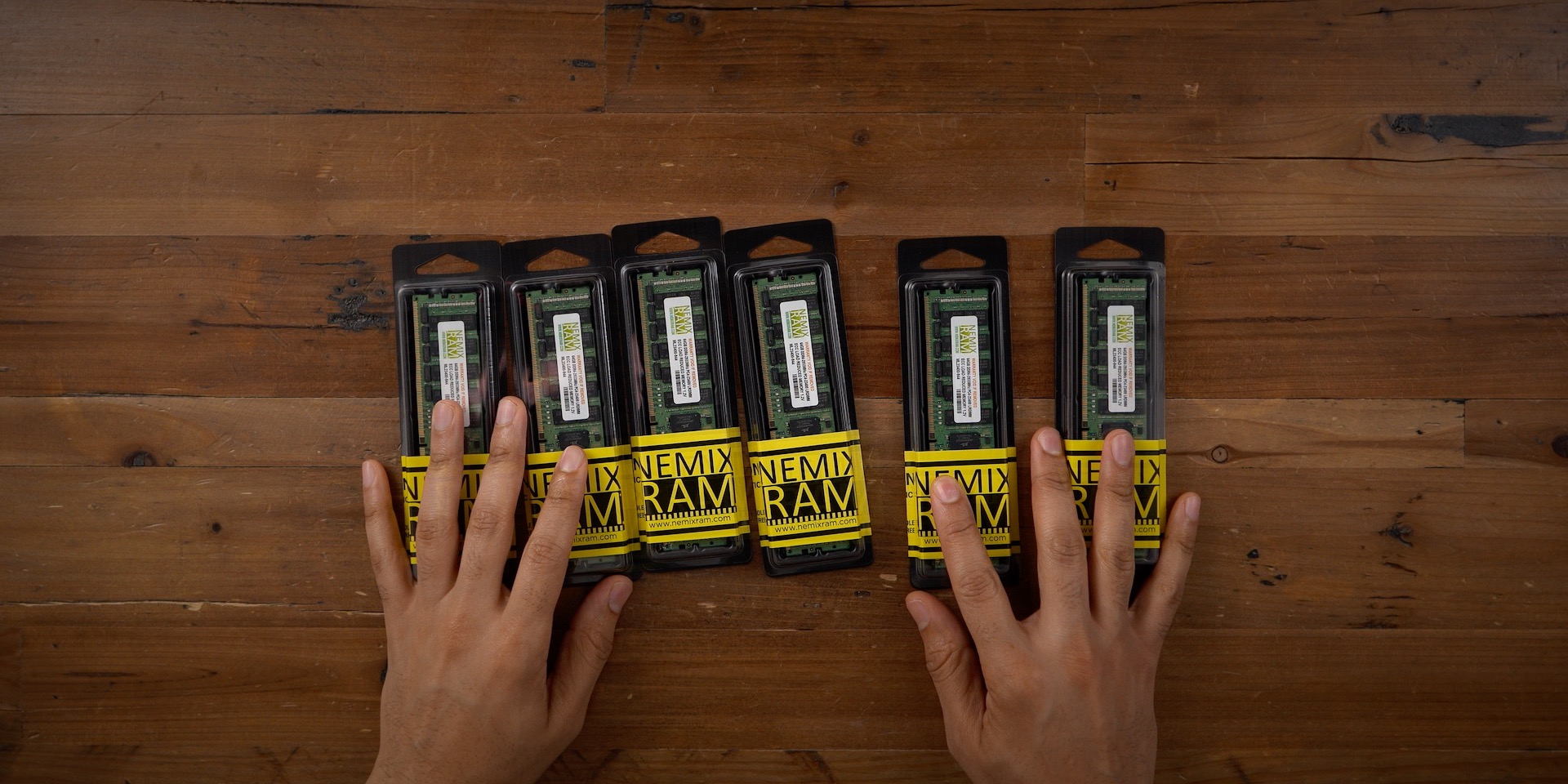 If you have anything less than a 24 or 28 core Mac Pro, you’re limited to 768 GB of RAM, whereas the two highest-end machines can accommodate a ridiculous 1.5 TB of memory. 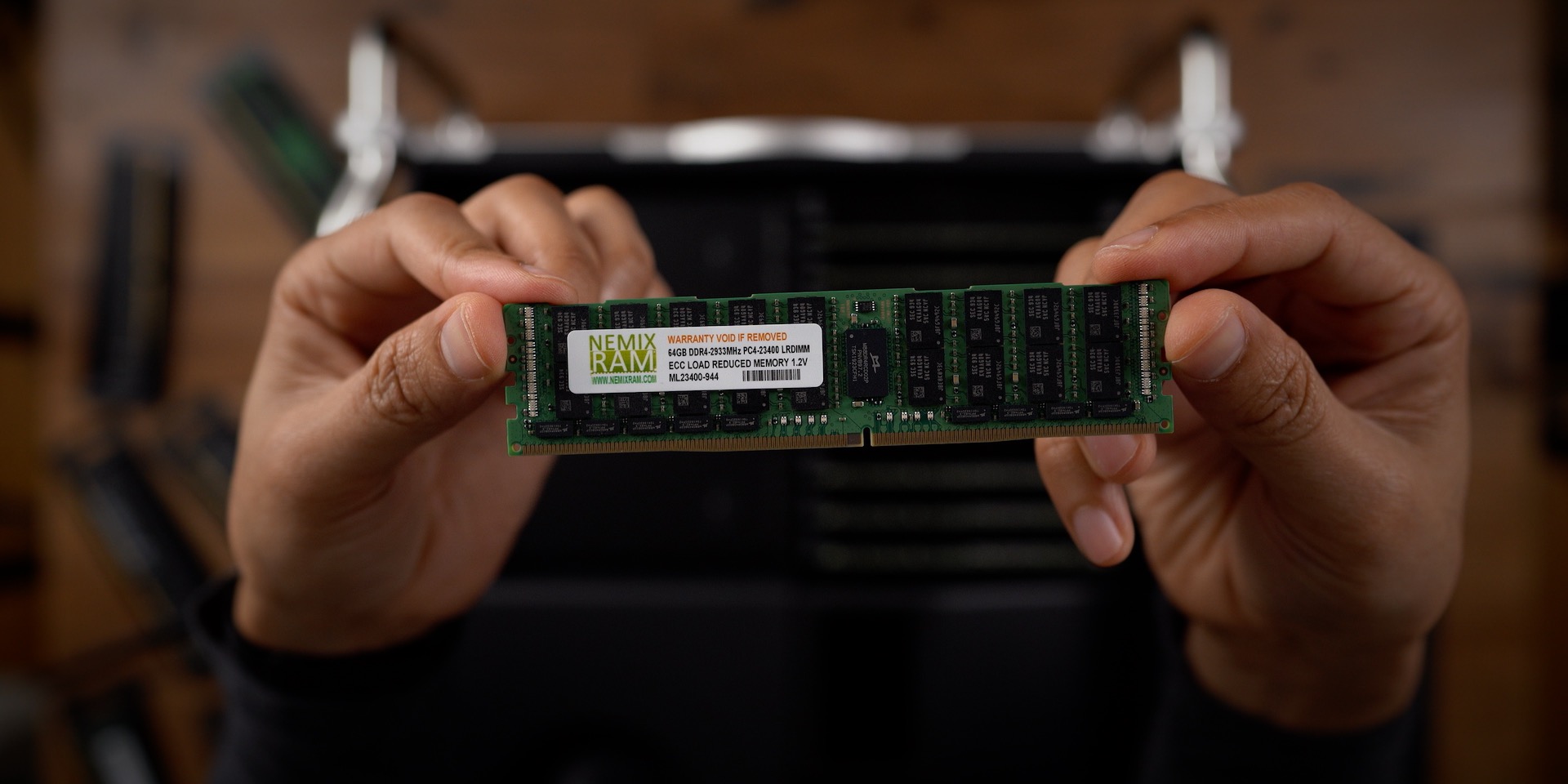 With the 768 GB limitation in mind, I think it makes the most sense to opt for six 64 GB LR-DIMM modules initially for 384 GB, and then you can always add more later if needed. That is, of course, if you need that much extra RAM. 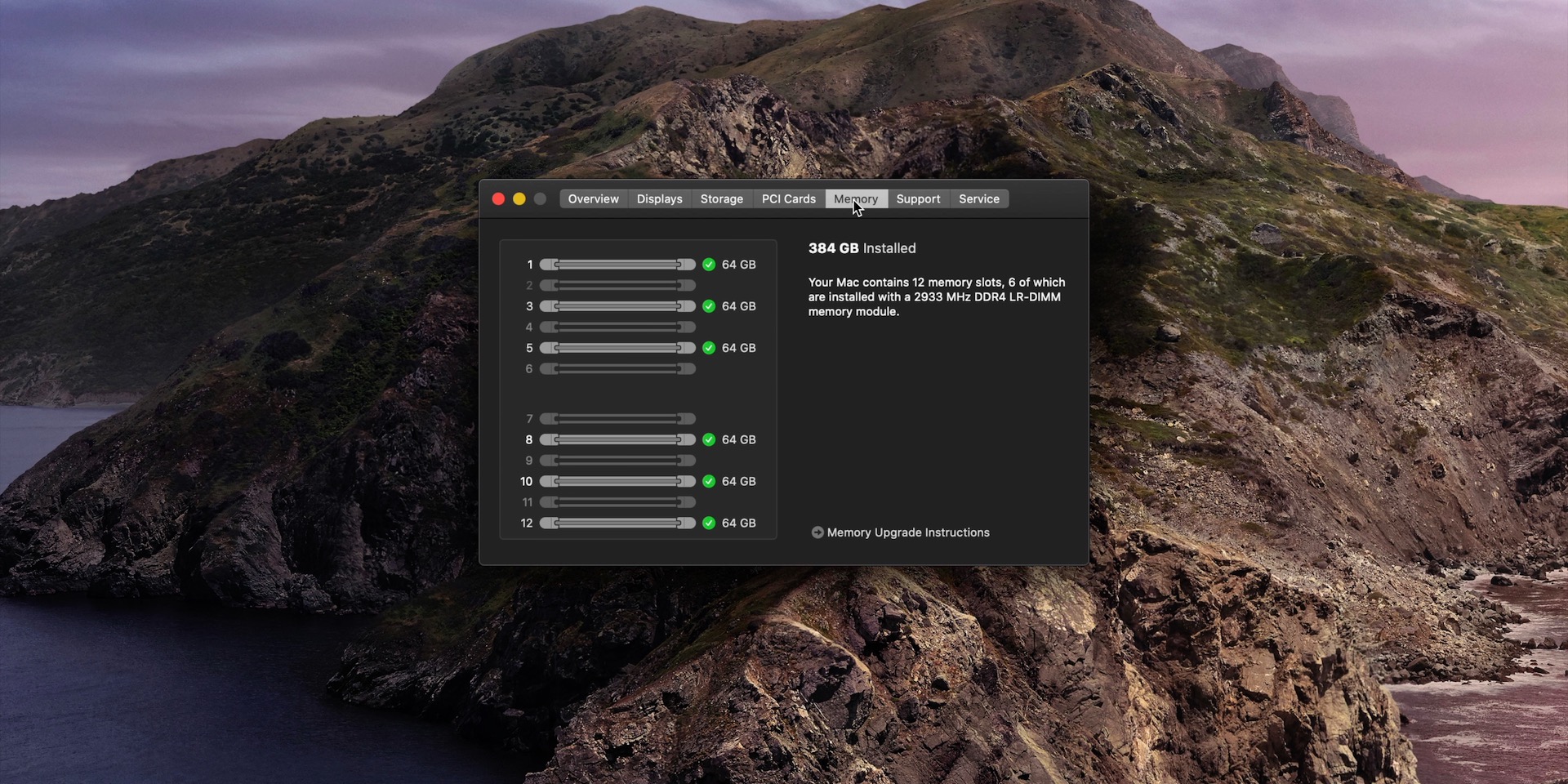 Admittedly such an addition may be overkill for many people, but if you run a lot of apps — Final Cut Pro X, ScreenFlow, Apple Motion, Affinity Designer, Affinity Photo, Google Chrome, Slack, etc. — and multiple virtual machine instances, etc., you could make the argument that such an upgrade is worthwhile. Who am I kidding? It’s still overkill for pretty much anything I do personally, but I love having the room to grow, and the price just destroys Apple’s prices.

I tried the Promise Pegasus R4i, and while it was great and provided tons of storage, I prefer having faster flash storage that’s completely silent. The problem with flash storage is that there’s just never enough, as is the case with the 1 TB SSD that I configured during my Mac Pro build-to-order process. 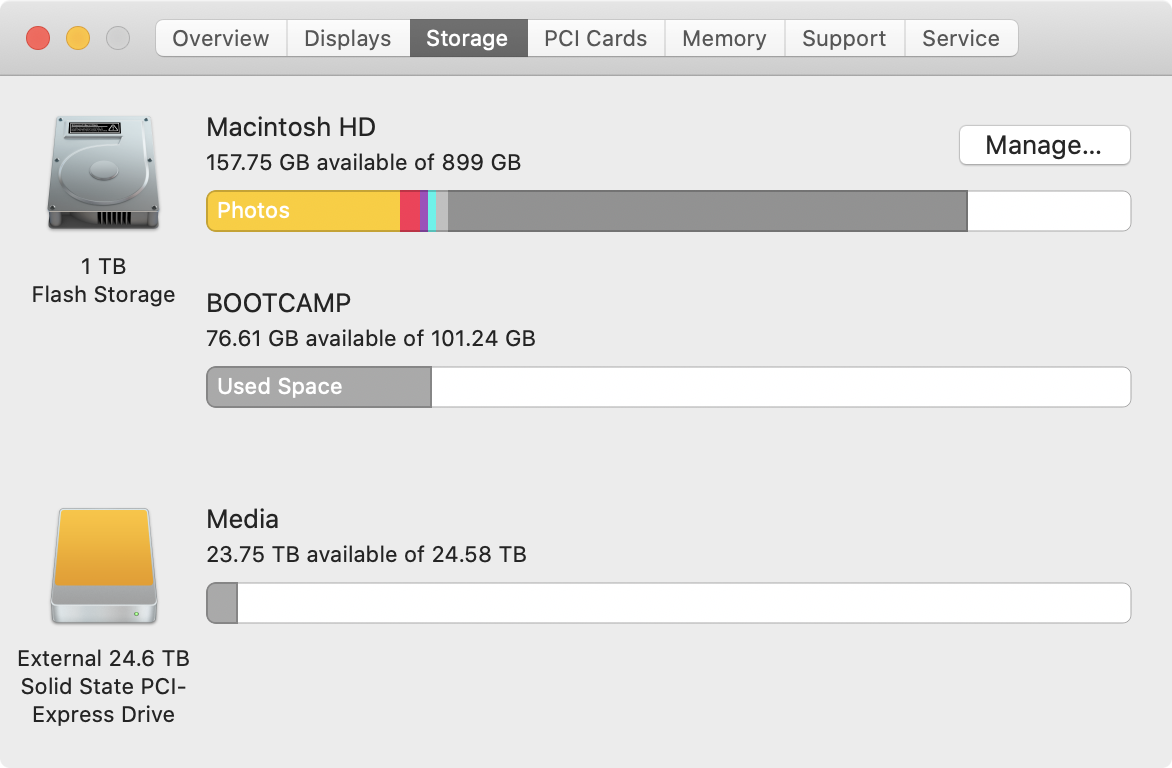 But thanks to having direct PCIe access, adding more flash storage is a relatively simple affair. Several companies, like Sonnet and OWC, offer carrier boards to add solid state M.2 SSD blades to the Mac Pro. I already went hands-on with the Sonnet M.2 4×4 PCIe SSD, and am in the process of testing the OWC Accelsior, both of which allow you to add lots of speedy flash storage to the Mac Pro.

But the storage upgrade I’ve been most interested in revolves around the Amfeltec Squid PCIe Carrier board. This board lets you connect up to six M.2 blades to the Mac Pro via a single PCIe connection. 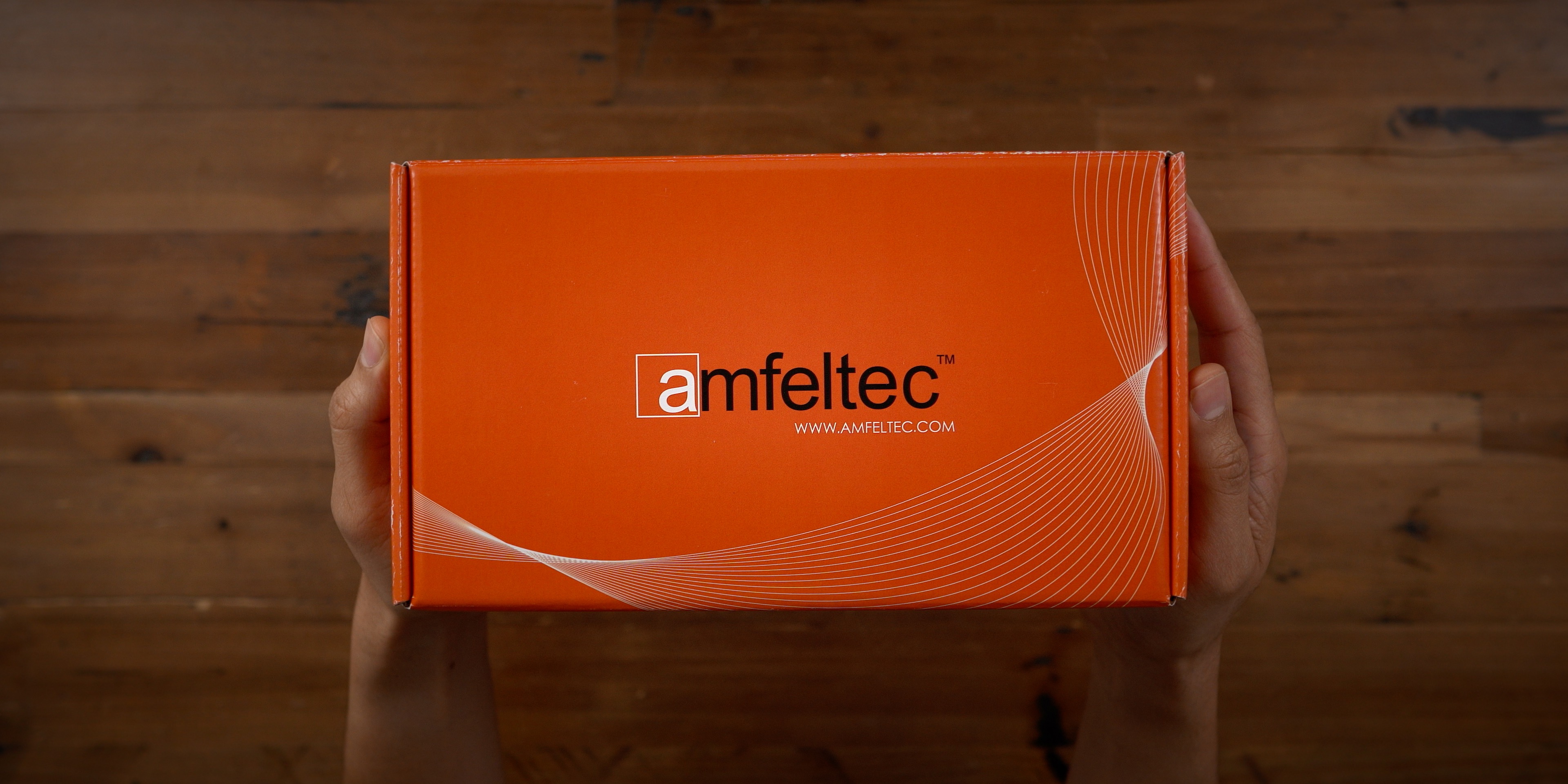 Sabrent’s Rocket line of SSDs features what appears to be the largest standalone M.2 SSD available, with configurations up to 4 TB per blade. By placing six of these 4 TB M.2 blades in the Amfeltec Squid carrier board, I was able to create what amounts to a 24 TB PCIe SSD via a RAID 0 configuration. 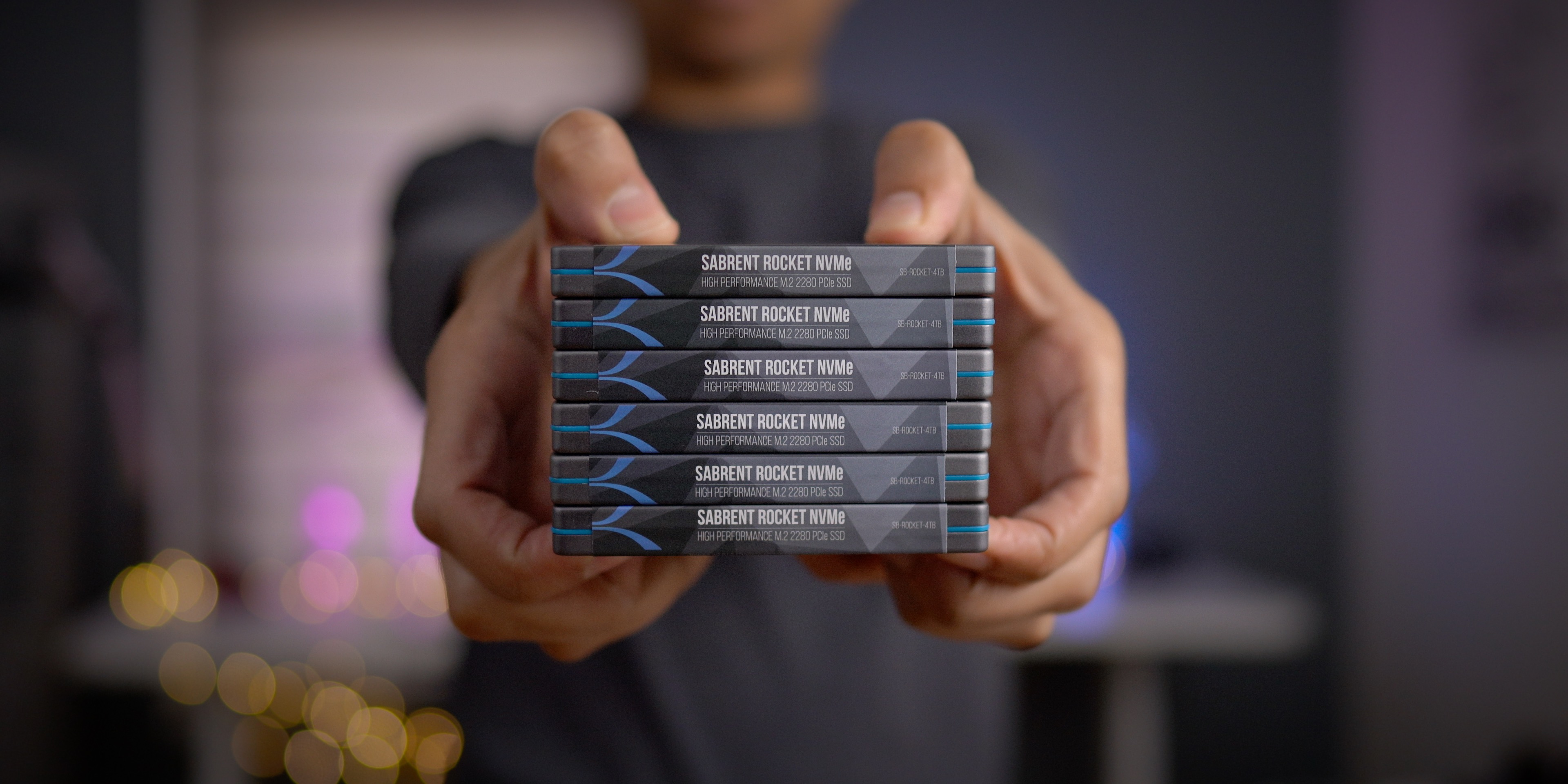 As you would expect, having what amounts to a 24 TB SSD is amazing. Not only is it faster than the built-in SSD that Apple sells, it’s three times as large as Apple’s most spacious $2600 8TB offering. Such a setup makes storing and working with multiple large Final Cut Pro X libraries a breeze. 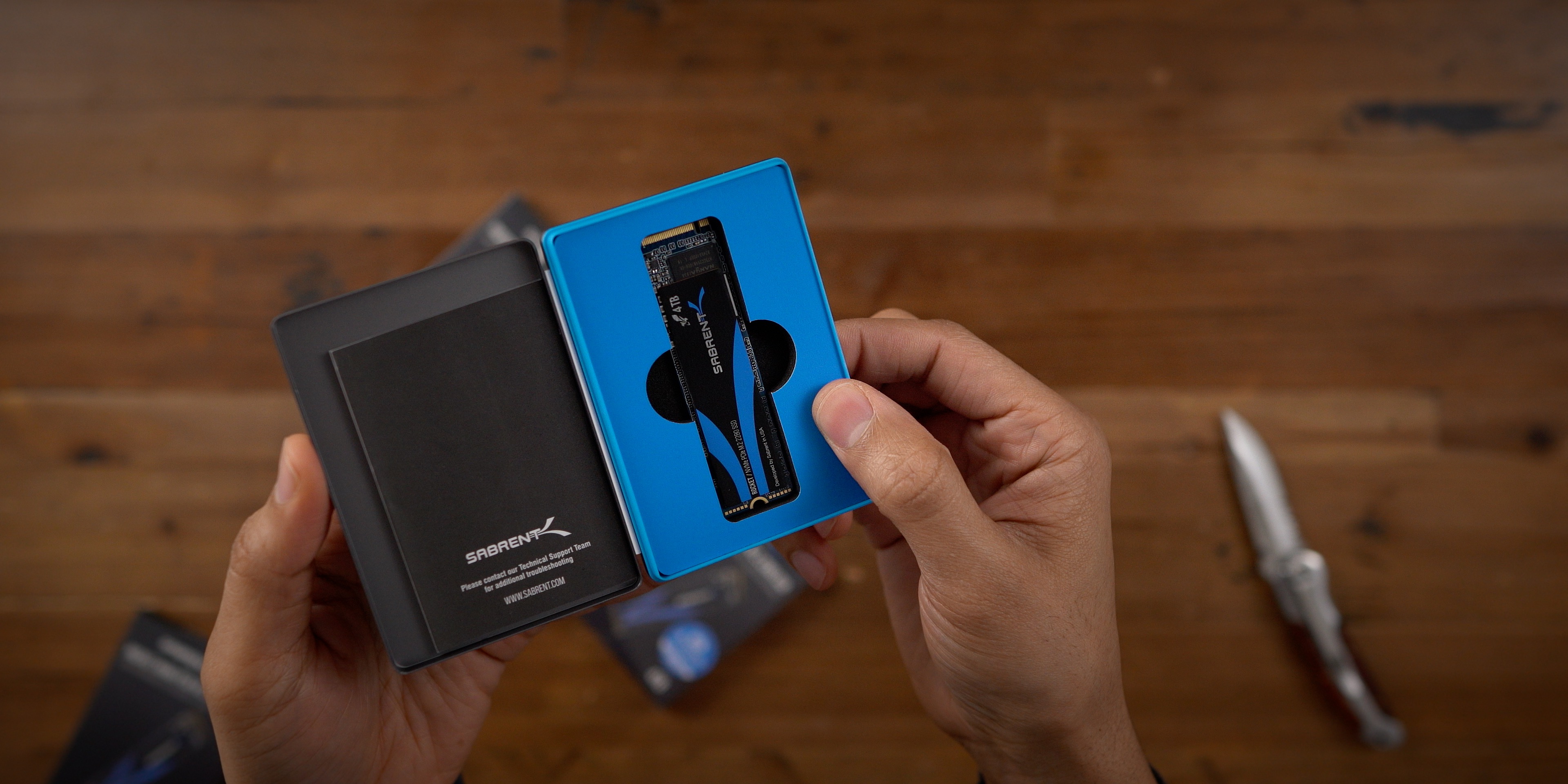 Yet I do have a few complaints about the setup. The most annoying thing about the Amfeltec Carrier Board is its fans, which are very loud by default. In a loud server room, this wouldn’t matter, but it’s not okay for a home office. Fortunately, the fans are easily removable, and Amfeltec includes ceramic heat spreaders to help dissipate heat. 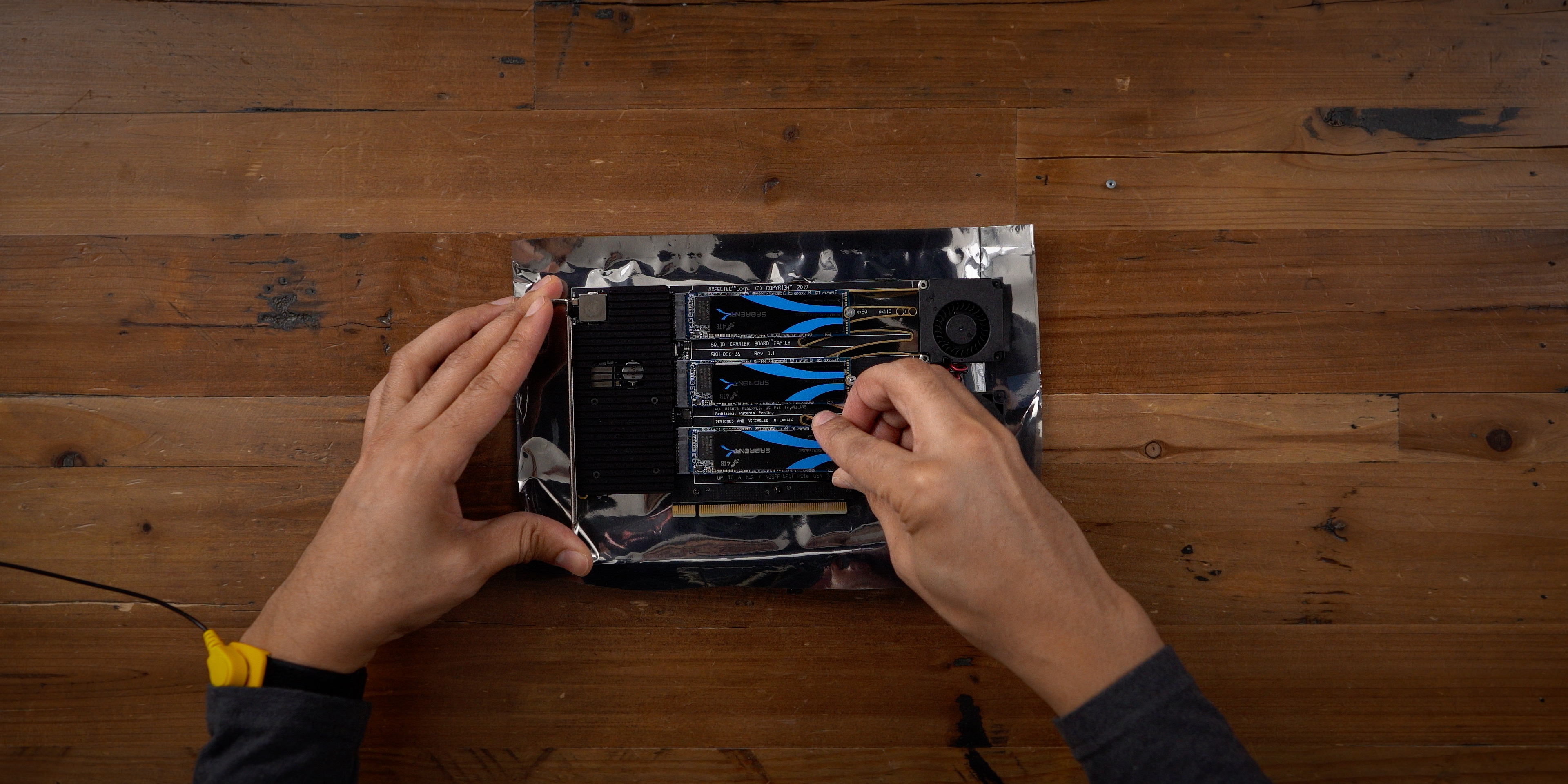 So far so good, as the M.2 blades tend to stay below their 70-degree threshold when pushed, but I don’t know if I’ll be comfortable going without active cooling over the long term. I’ve been pondering several other potential solutions to help keep the Sabrent blades cool and will provide updates in an upcoming review of the setup. 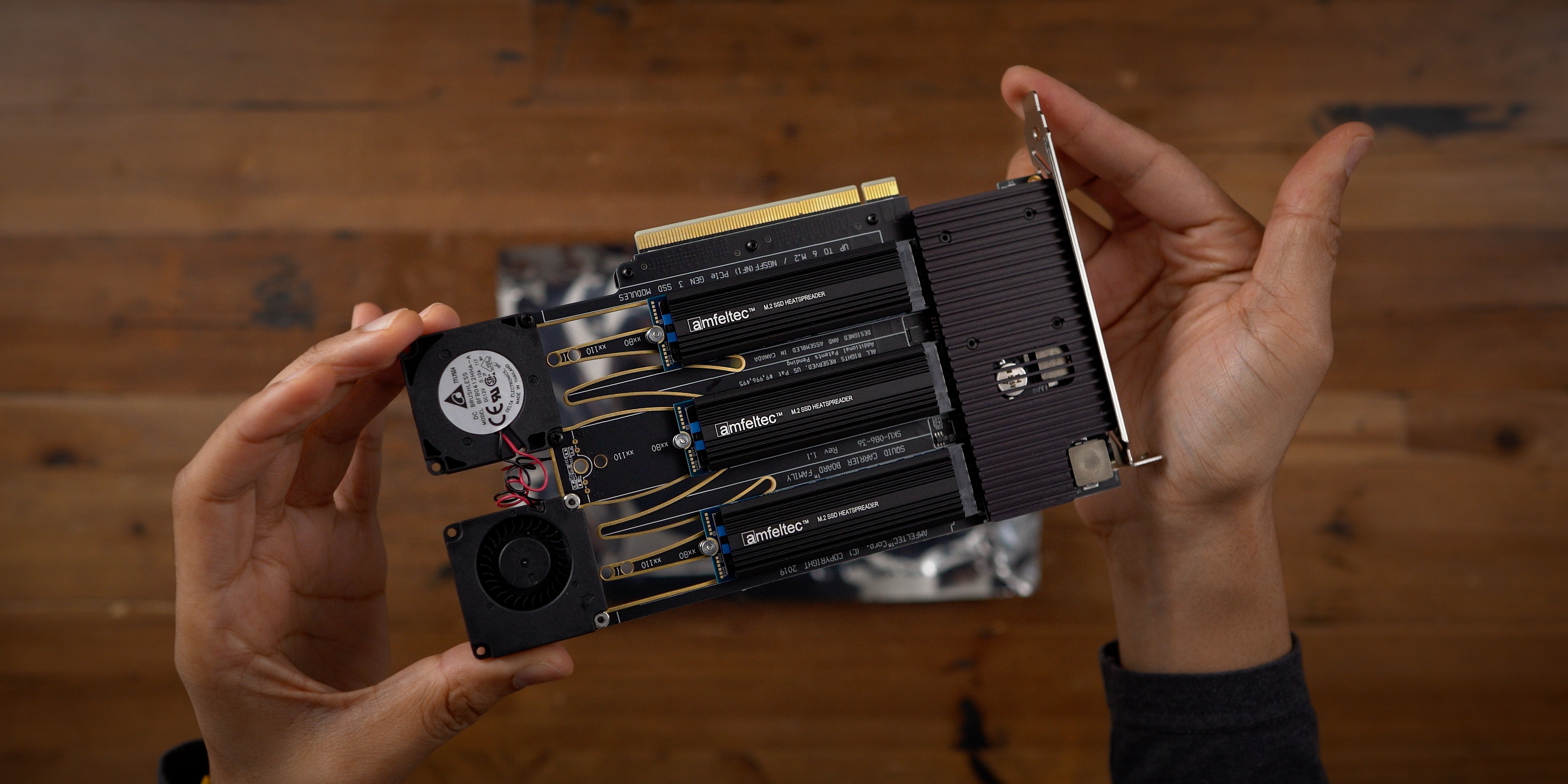 As I noted at the outset, all of this remains a work in progress, and I’m still doing lots of testing to come up with the best solution for my needs. I’ll keep you all updated in future posts and videos. 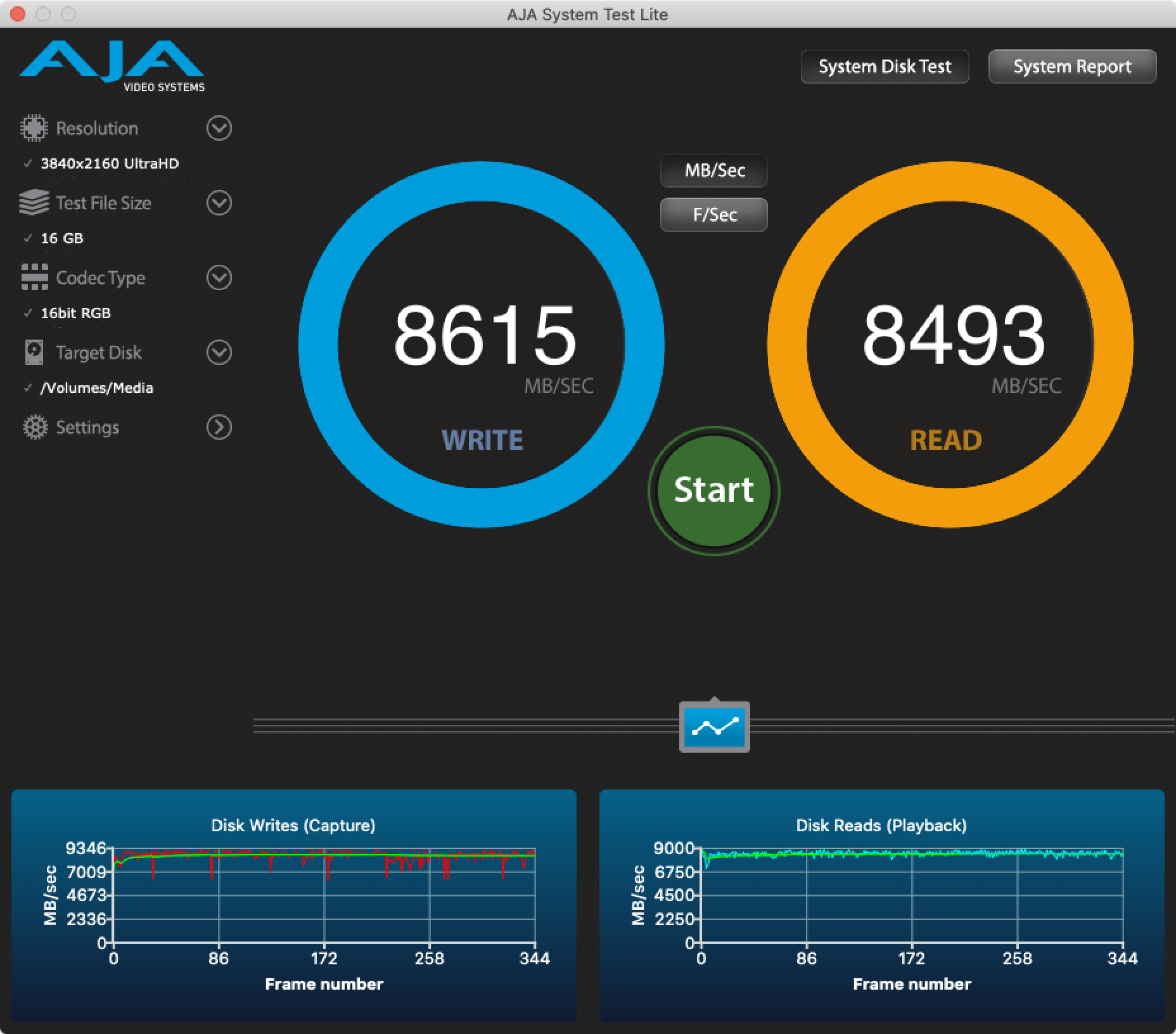 Full disclosure: Sabrent and Nemix provided me with some of their products for testing purposes.

Besides a sorely needed GPU upgrade, I’m very happy with the current state of my Mac Pro setup. Here are the specs of my build, including upgrades:

This Mac Pro isn’t what I would describe as the perfect machine — no machine fits that designation in my opinion — but it’s hardware that I enjoy using, and it helps to free me of some of the bottlenecks that I faced with my previous iMac Pro. 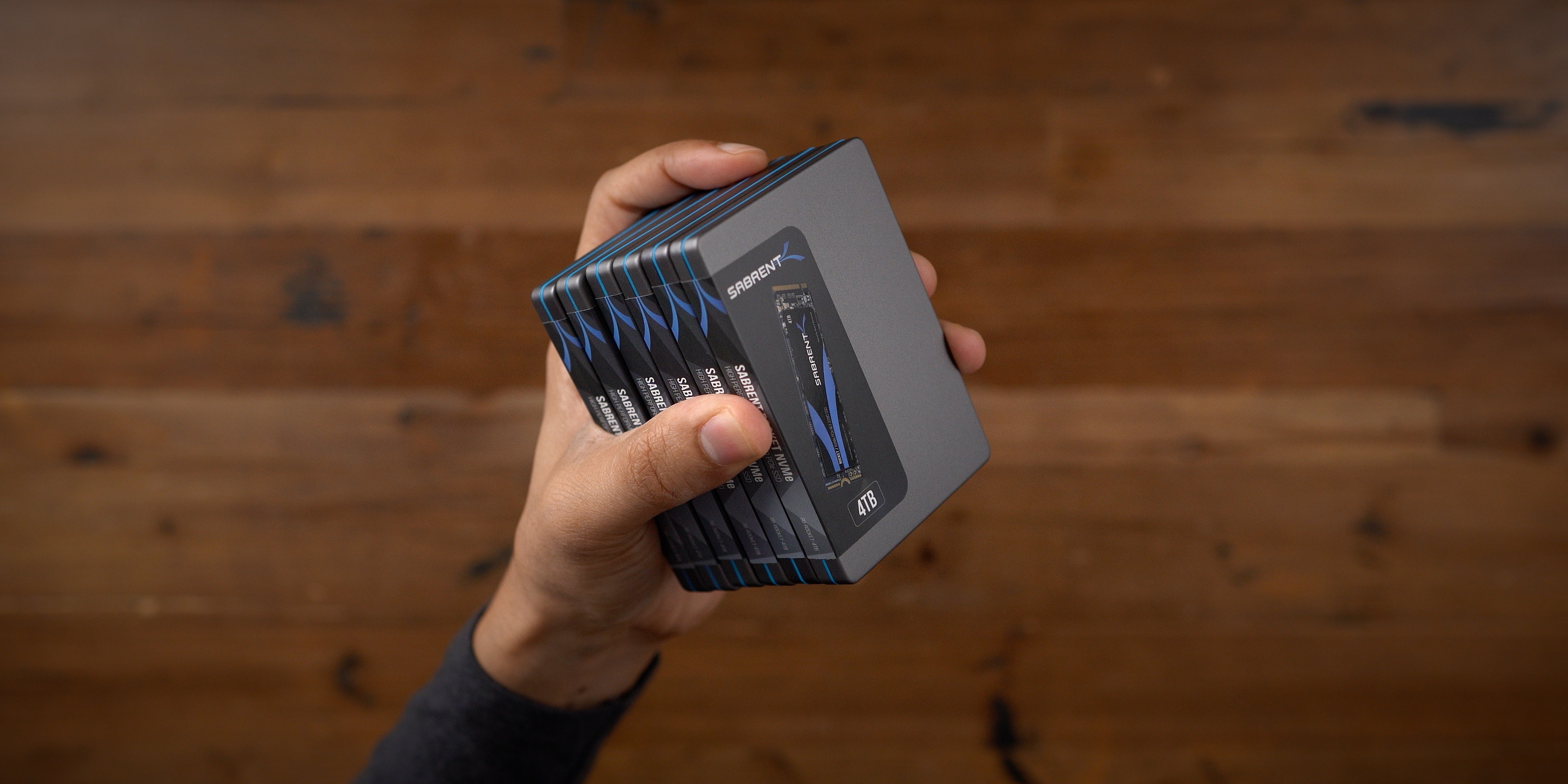 Make no mistake, I don’t need a Mac Pro, just like I don’t need an iMac Pro or even a MacBook Pro. I edited videos on a 12-inch MacBook and shot them with a Sony RX 100 point-and-shoot camera for a couple of years. The fact is, If I needed to, I could edit videos on a Windows laptop and use my iPhone as a camera. But such a setup wouldn’t be nearly as enjoyable; it would take me a lot longer to make the same content, and it probably wouldn’t look as good, either. 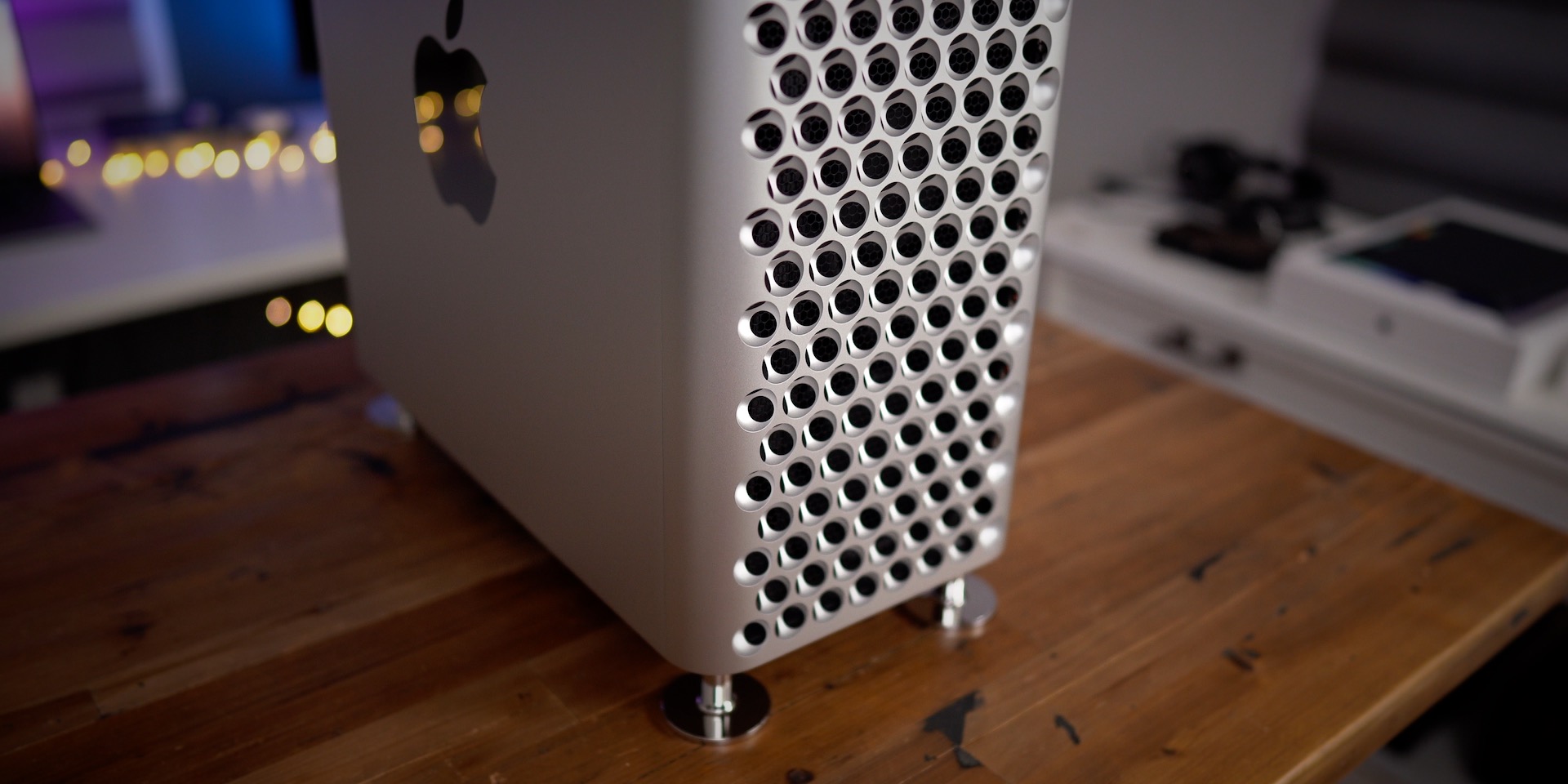 The truth is, this is my very first Mac Pro, and as a Mac user for the past dozen years or so, it’s something that I’ve always wanted — a Mac that I can open up and actually upgrade like a typical Windows PC.

One of my goals for 2020 is to be more regular with this series, and I’m going to work hard to stick with it. Thank you for watching and reading. Please share any thoughts, questions, or comments below.