OWC launches Accelsior PCIe SSD for Mac Pro, up to 8TB with speeds up to 6000MB/s 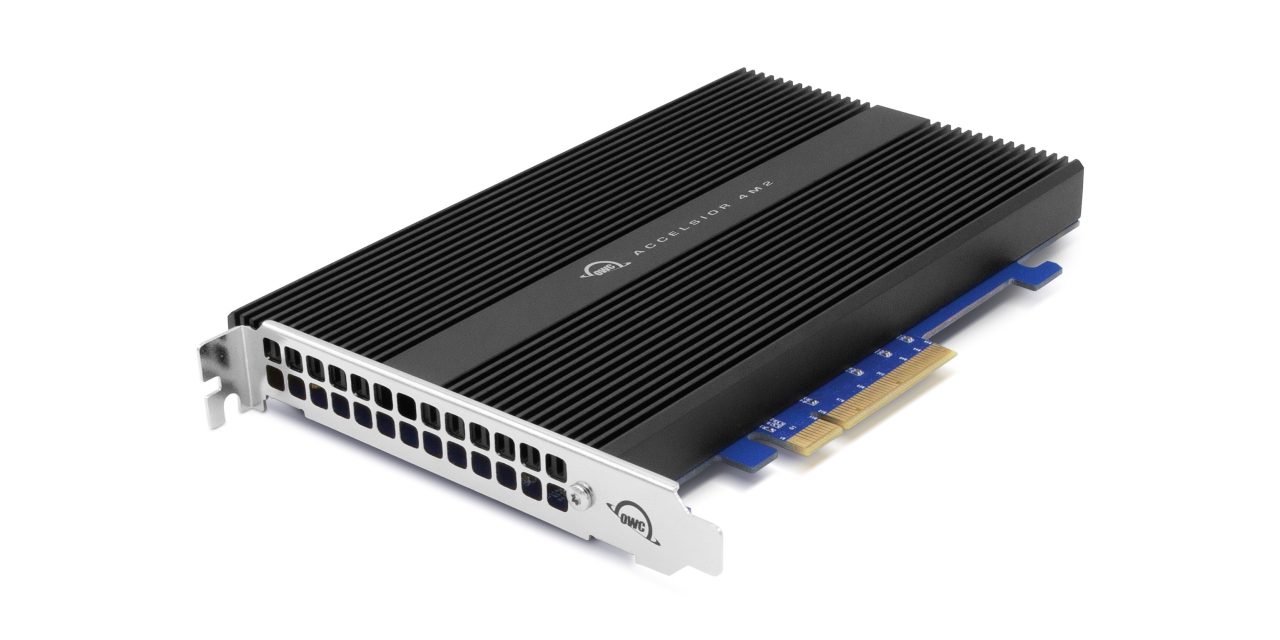 Just as Apple announced the 8TB SSD option for the Mac Pro, OWC has launched a PCIe SSD with storage up to 8TB capacities and speeds hitting up to a blazing 6000MB/s. The OWC Accelsior 4M2 SSD is slot powered and starts at $480 for the 1TB model.

OWC announced the launch of its new PCIe SSD in a press release today:

the all-new Accelsior 4M2 ultra high-performance PCIe M.2 NVMe internal SSD that delivers over 6,000MB/s real-world speeds in capacities up to 8TB. The Accelsior 4M2 is the fastest SSD ever built by OWC and is the perfect storage solution for large format video editing, VR/AR/MR environments, extreme gaming, compute-intensive applications and other high bandwidth needs.

Apple just opened up the 8TB SSD option when configuring a Mac Pro and the upgrade from the base 256GB SSD runs $2600 and that storage offers up to 3400MB/s speeds.

In comparison, the Accelsior 4M2 SSD with 8TB of storage is priced at $1600 by OWC and offers almost twice the max speeds at 6000MB/s.

We previously reviewed OWC’s Thunderbolt 3 version of this SSD and found it to be a good option for those working with lots of heavy data.

In addition to the new Mac Pro, the Accelsior 4M2 SSD is compatible with PCs and 2010 and 2012 Mac Pro machines.

Stay tuned as we should give the Accelsior SSD a review in the near future.