M1 Pro MacBook Pro cryptocurrency mining ‘insanely efficient’ and profitable, but not worth it 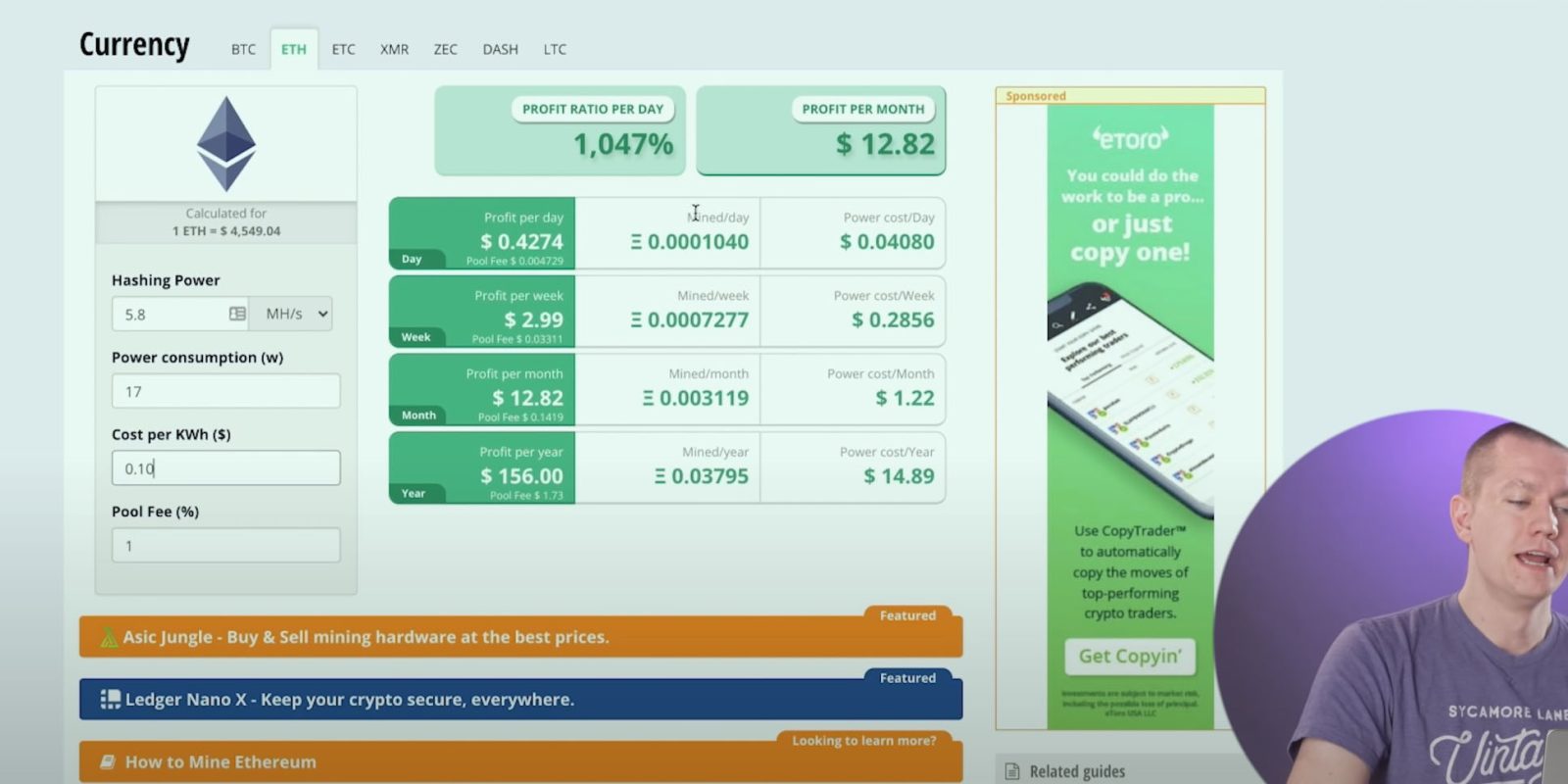 With the new M1 Pro and M1 Max chips offering huge performance increases, a question occurred to me: Might MacBook Pro cryptocurrency mining be feasible? …

Some Redditors wondered the same thing.

“Facts to consider: It’s the most efficient SoC, it will consume much much much less power than a dedicated gpu. MacBooks resale value is basically the best in the market […] The SoC has multiple dedicated processors for specific things like screen output, super fast video encoding, encryption and an extremely powerful neural engine. If some world class apple and crypto mining programmer put his hands on it, magical things would happen. It’s basically both the most efficient generalized CPU and the most efficient programmable ASIC too.”

“I have the 64GB M1 Max 16″, running in high power mode, I am getting ~10.25MH/s with stock ethminer-m1 binary. Not blazing fast by any means, but it is pretty damn efficient, and the per W hash rate is probably really good.”

Naturally, someone has already put it to the test and run the numbers. YouTuber UFD Tech tested it with the M1 Pro model, as seen in the video below.

There are already precompiled binaries out there for M1 Mac crypto mining, and the video explains how to install and run one. In this case, it was mining for Ethereum.

The first thing to note is that you wouldn’t want to be mining in the background! The mining app destroys the performance of the machine for anything else, even casual web browsing, so you’d only ever want to do it when you’re not using your Mac.

The M1 Pro machine was generating just over 5Mh/s (megahash per second), which looks better when you factor in the total power draw of just 17W, far lower that would be consumed by a Windows PC generating the same result.

Running the numbers through a crypto calculator shows that the profit, after allowing for electricity costs, is just $12.82 per month – or around 42 cents per day. If you were buying the MacBook Pro purely for mining, that means it would pay for itself in… 17 years!

More realistically, you’d calculate the purchase cost minus the resale value after four or five years to base it on the true cost of ownership, but it’s still peanuts either way.

The M1 Max ought to roughly double the mining rate, and we’re not factoring in assumed rises in the value of the currency mined, but you can see that nobody is going to be buying these as mining rigs.

Of course, if you already own one, you might decide that there’s no harm in doing some MacBook Pro cryptocurrency mining when you’re not using the machine (other than the environmental harm of the waste of energy) – just don’t expect to get rich!

Some have speculated that Apple might get into the cryptocurrency business, either investing some of its own cash surplus, enabling crypto in the Wallet app, or even creating a hardware wallet. Tim Cook dismissed the first of these possibilities, at least for now, but did reveal that he has invested some of his own cash.