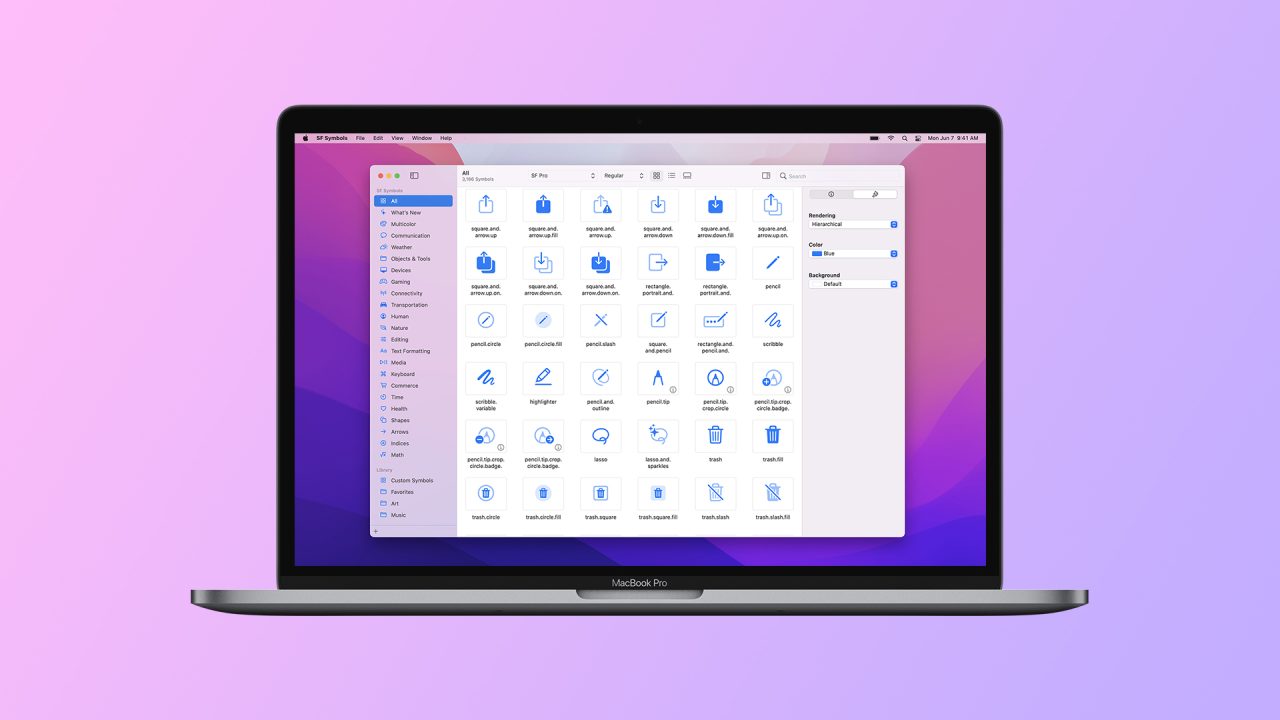 Earlier this year, at WWDC 2021, Apple introduced SF Symbols 3 with 600 new icons. Following the official release in September, the company has now released the SF Symbols 3.1 update, which not only brings bug fixes but also adds even more symbols to the app.

As mentioned by Mike Stern on Twitter, the update brings “dozens of new symbols” in addition to the 600 icons that were added with the previous update.

For those unfamiliar, SF Symbols is a library of over 3,100 symbols that developers can use in their projects. In addition to 600 new icons, SF Symbols 3 features improved color customization, a new inspector, and improved support for custom symbols.

With over 3,100 symbols, SF Symbols is a library of iconography designed to integrate seamlessly with San Francisco, the system font for Apple platforms. Symbols come in nine weights and three scales, and automatically align with text labels. They can be exported and edited in vector graphics editing tools to create custom symbols with shared design characteristics and accessibility features.

SF Symbols 3.1 can be downloaded on the Apple Developer website. A Mac with macOS Catalina or later is required to install SF Symbols 3.