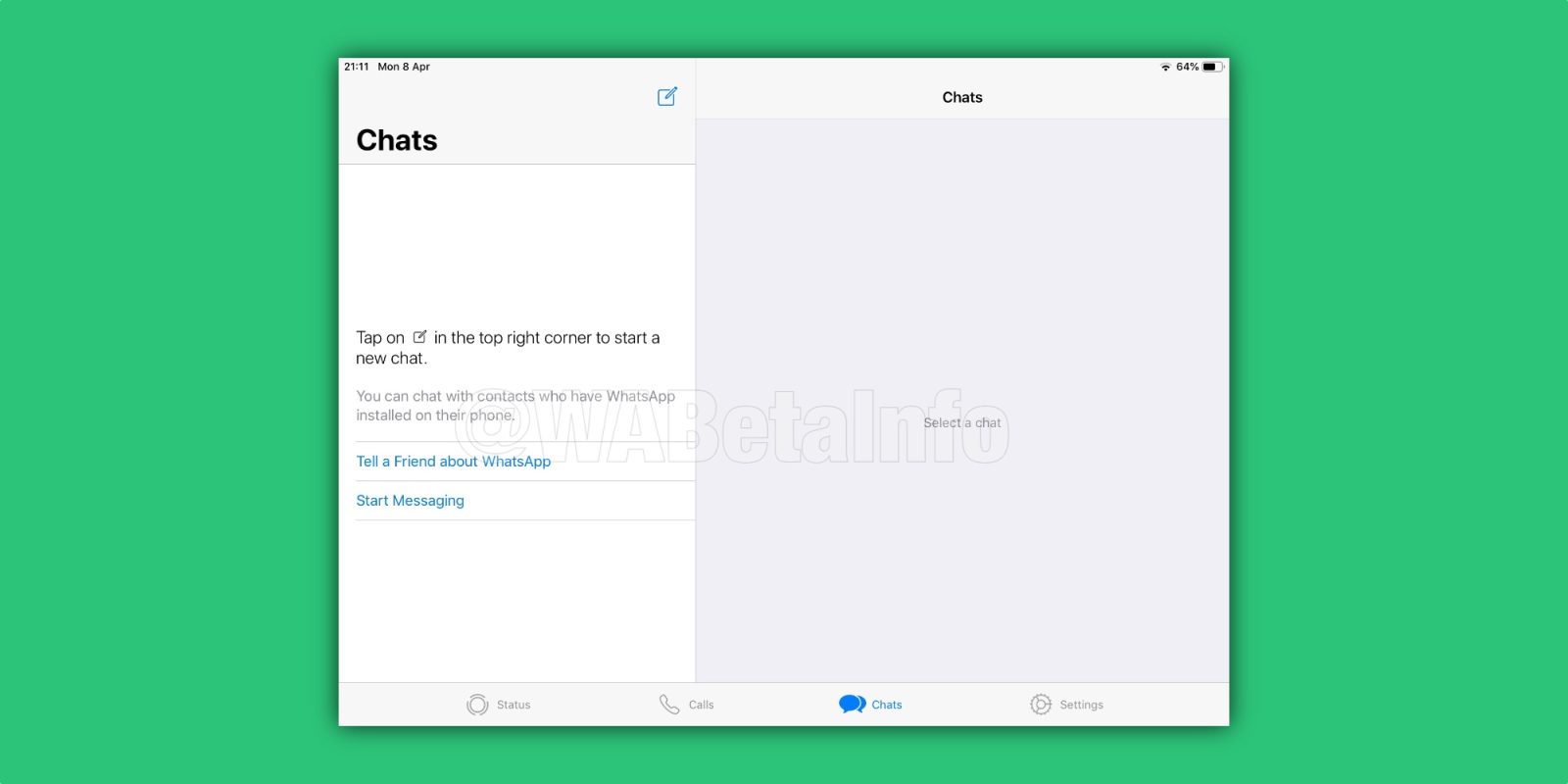 It’s been quite some time since WhatsApp has been teasing an iPad app. Now, the company is set to release a new macOS app thanks to Apple’s Catalyst project, which is heavily connected to a future iPad app.

As reported by WABetaInfo, the publication says that WhatsApp is working on a new app to release on macOS’s Catalyst project thanks to the iPad app. The blog says:

How does the macOS app look? Exactly like the iPad app we spotted some time ago. They have the same interface, but WhatsApp for macOS Catalyst will have some UI improvements: they are needed to use the app correctly on a desktop interface.

As of now, the publication still doesn’t know for sure when the iPad app will be finally released. Even though it’s been a few months that Mark Zuckerberg himself hinted this version was coming.

In an interview in June, WABetaInfo asked about multi-device support – which would be needed to offer a true native WhatsApp iPad app – and Zuckerberg said that it was “coming soon.”

Q: And… what about multi device?
A: And yes this is coming too!
Q: So do you mean I can really use the same WhatsApp account on multiple device, without an active internet connection on my main device?
A: Yup. It’s been a big technical challenge to get all your messages and content to sync properly across devices even when your phone battery dies, but we’ve solved this and we’re looking forward to getting it out soon!

Currently, all WhatsApp users can try multi-device compatibility, although it’s currently on public beta. For the iPad app, on the other hand, people must wait for version 2.0 of the multi-device feature.

About project Catalyst, this is something developers have been able to try for a few years now. It adds new tools that enable developers to design and engineer a single application that runs on iPhone, iPad, and Mac.

Are you excited to have a WhatsApp app on your iPad? Share your thoughts in the comments section below.