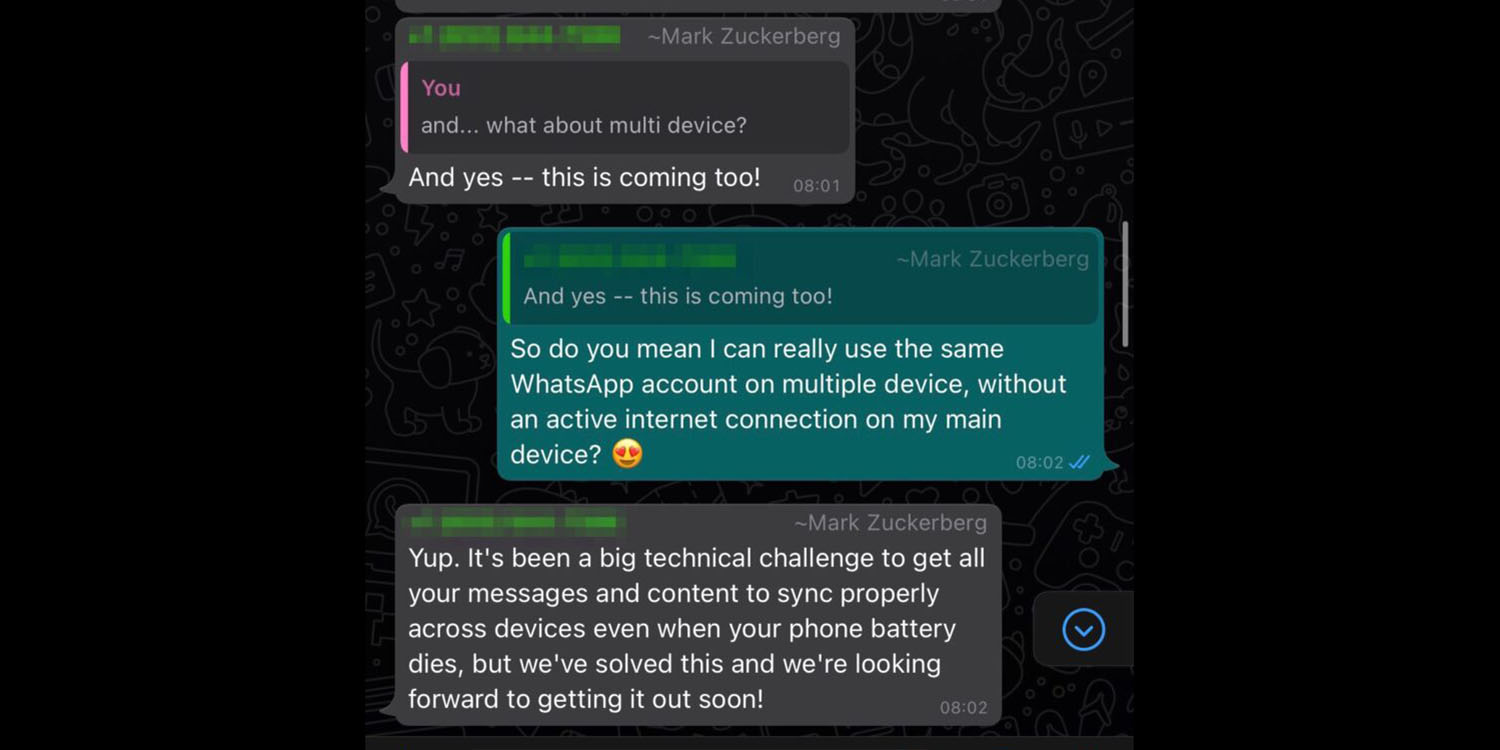 It’s been almost two years since the first reliable rumor that there is a WhatsApp iPad app in the works, but the company has now dropped an official hint that this may finally be arriving in the coming months.

WABetaInfo was offered an interview with Cathcart, carried out on WhatsApp, and was then surprised to see Zuckerberg join the chat.

But… something more unexpected happened… Mark Zuckerberg joins the group chat to confirm some features!

The site previously gave us an early look at an upcoming Disappearing Mode, but Zuckerberg now says the feature is about to land.

So a couple of years wrote this long note about our vision for building a private social platform. It’s all built around private messages as the most important interaction people have. So for the foundation of that, we think messages should be end-to-end encrypted and if you don’t need to keep them around, they should also disappear.

WhatsApp was the first global scale messaging network to roll out end-to-end encryption, and now we’ve been working on rolling out more disappearing messages features globally as well.

We’re also about to start rolling out “view once”, SO you can send content and have it disappear after the person sees it.

WABetaInfo asked about multi-device support – which would be needed to offer a true native WhatsApp iPad app – and Zuckerberg said that this too is coming ‘”soon.”

Q: And… what about multi device?
A: And yes this is coming too!
Q: So do you mean I can really use the same WhatsApp account on multiple device, without an active internet connection on my main device?
A: Yup. It’s been a big technical challenge to get all your messages and content to sync properly across devices even when your phone battery dies, but we’ve solved this and we’re looking forward to getting it out soon!

Currently, there’s an official app available for the Mac, and third-party ones available for iPad, but both are essentially wrappers for the web service – which relies on your iPhone to be running the main app.

Zuckerberg didn’t specifically confirm an iPad app, but this is one of the main reasons for interest in native multi-device support, so it seems pretty much a given.