‘Tasks’ to-do app gets folders, smart lists, and filters with its latest update 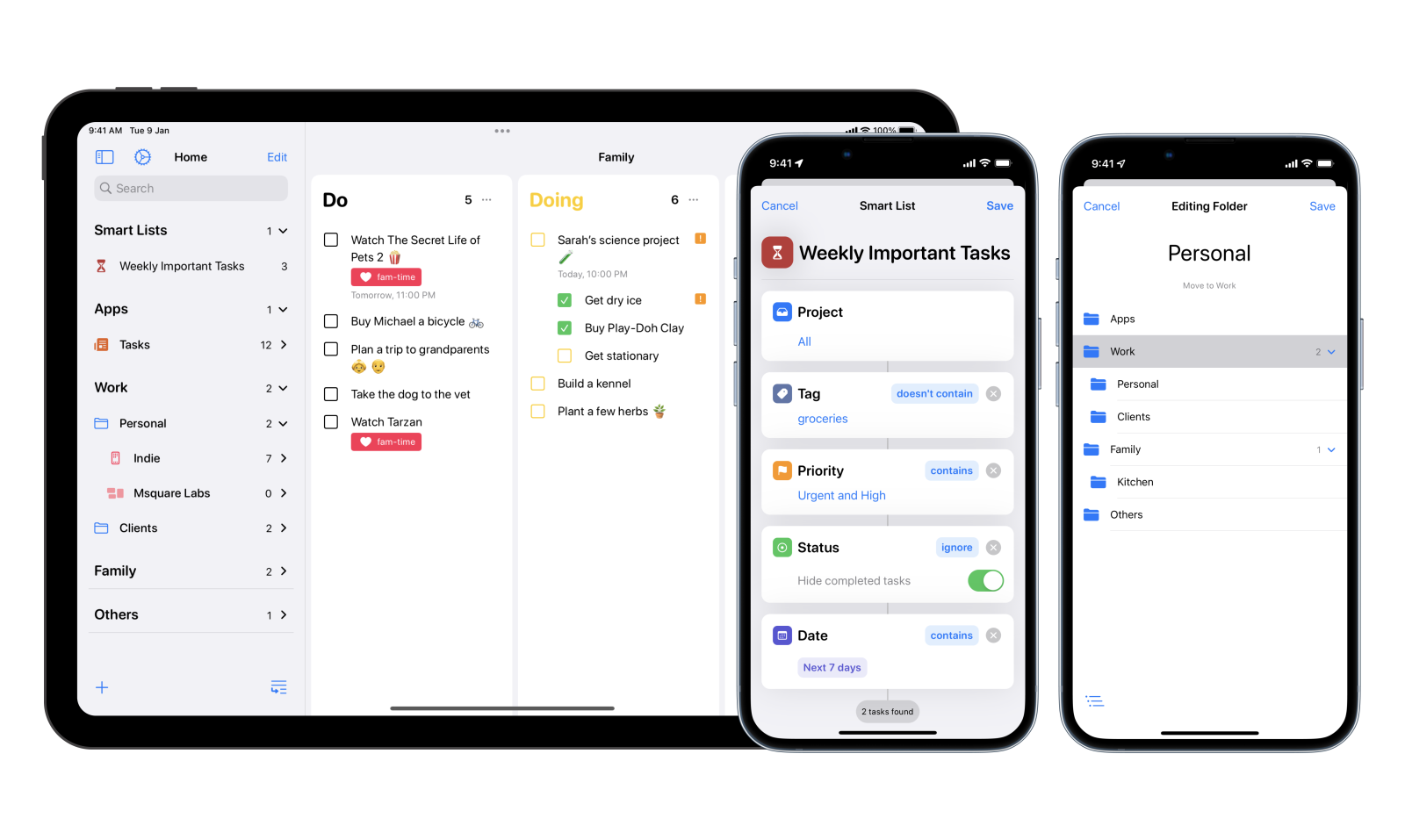 Tasks has become my main app for to-do lists, and I’ve written about it here on 9to5Mac before. Now the app has been updated to its version 2.0, which brings several new features to Tasks. The update comes with folders, smart lists, filters, and more.

One of the main features of Tasks 2.0 is the ability to organize your tasks into different folders. This way you can separate your projects and lists, and even use nest folders. And for users who like lists, Tasks now has smart lists – which let you easily query tasks across projects, tags, statuses, priorities, types, date, and other categories.

Filtering tasks has also become more intuitive with the update, as users can now see “the filter reflect instantly without while seeing the kanban view at all times” as described by the app’s developer. Other improvements have been made to the app, such as tweaks to the widgets interface and better haptic feedback when performing actions.

You can check out the full changelog for Tasks 2.0 below:

Tasks is available for both iOS and macOS on the App Store, and you can try it out for free. The full license of the app costs $14.99 per year, and there’s also a lifetime license for $49.99. However, during the week of Black Friday, you can buy the license of the app at a discounted price.

Be sure to read the full review of the Tasks app on 9to5Mac.