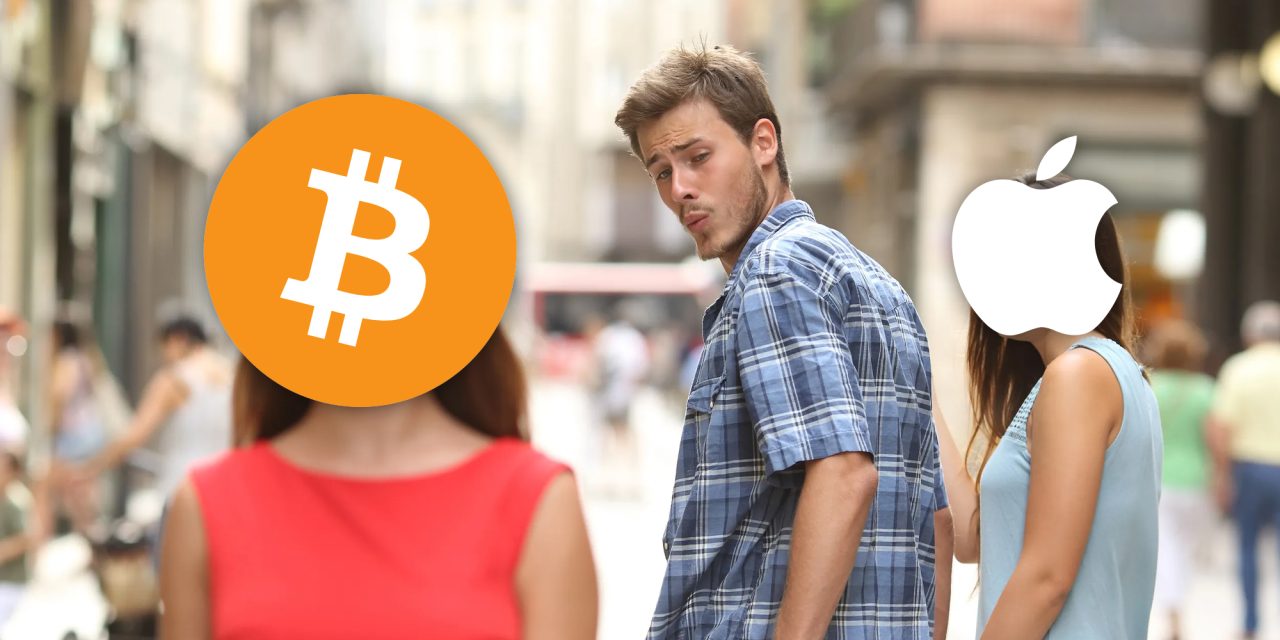 Many of the tech giants are taking their time considering whether or not to support cryptocurrencies amid a huge wave of investment and interest in the space. Now a new report from the New York Times looks at how executives and engineers are leaving companies like Apple, Amazon, Google, and Meta for crypto startups.

Last month, we heard Tim Cook share in an interview that he personally owns bitcoin and/or Ethereum while reiterating that Apple is “looking at” it but that the company does not have immediate plans to implement support for cryptocurrencies.

But while companies like Apple, Amazon, and more take time deliberating if or how to jump in, fast-moving startups in the crypto space are attracting executives and engineers from the tech giants.

When Sandy Carter left her job as a vice president of Amazon’s cloud computing unit this month, she announced in a LinkedIn post that she was joining a crypto technology company. She included a link for open positions at the start-up.

Within two days, she said, more than 350 people — many from the biggest internet companies — had clicked the link to apply for jobs at the firm, Unstoppable Domains. The start-up sells website addresses that sit on the blockchain, the distributed ledger system that underpins cryptocurrencies.

The NYT report highlights that over $28 billion has been invested into crypto and blockchain startups around the world this year, which is 4x what was seen in 2020.

Carter also noted that beyond the potential for being very lucrative, people are interested to join crypto startups to move toward the goal of decentralization.

Ms. Carter, the former Amazon vice president, said people were interested in working at crypto firms for more than just money. Some were drawn to the ethos of web3, which strives to decentralize power and decision making. It’s an alternative to how Google and Facebook came to dominate the internet by sucking up personal data from users to sell targeted ads.

Former Google executive Sridhar Ramaswamy compared where crypto is at now to the 1990s and the “birth of the internet”:

“There is a giant sucking sound coming from crypto,” said Sridhar Ramaswamy, chief executive of search engine start-up Neeva and a former Google executive, who competes with crypto companies for talent. “It feels a bit like the 1990s and the birth of the internet all over again. It’s that early, that chaotic and that much full of opportunity.”

The full NYT piece is an interesting read, check it out here.