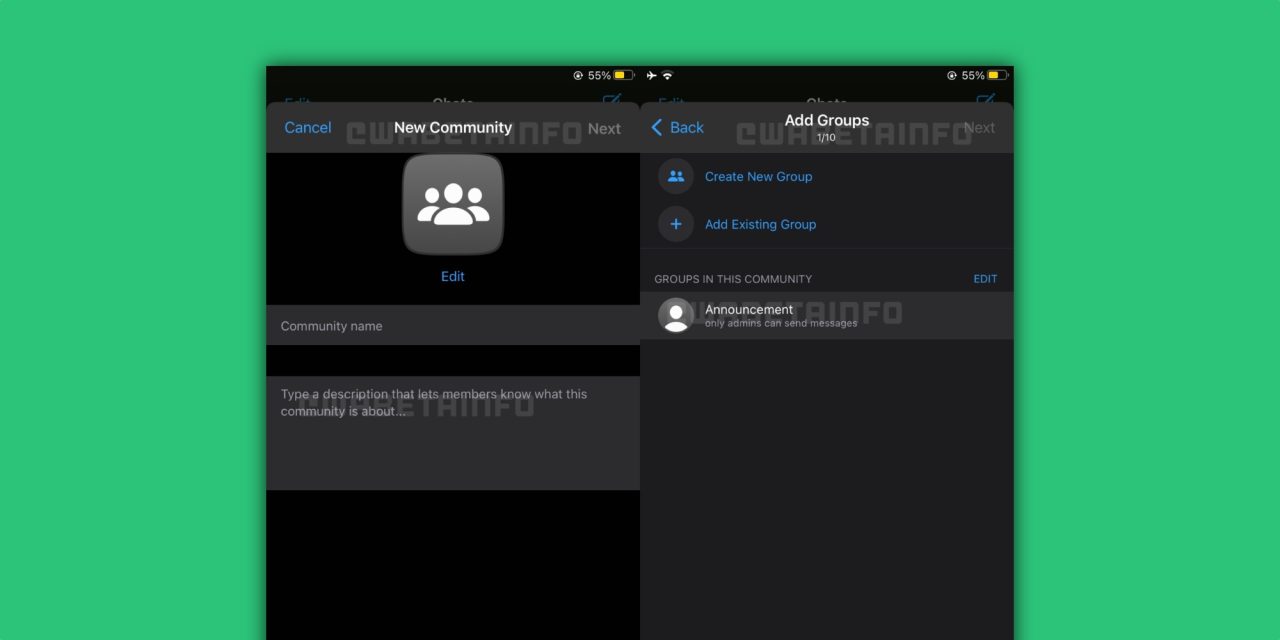 WhatsApp for iOS just released a new update for public beta testers. With that, WABetaInfo has been able to discover more about the upcoming Community feature. The publication also shared more functions coming to the app.

The Community feature was first previewed by WABetainfo at the beginning of November. The publication said this function is “a new place where group admins have more control over groups on WhatsApp, mainly to group other groups easily.”

“It’s like a group chat at the moment, so nothing like a social network: it’s still a private place between people protected by end-to-end encryption.

Now, WABetaInfo has been able to show a better preview of this upcoming feature and how it’s going to integrate with WhatsApp:

In this screenshot, you can also see a new “Announcement” group: we didn’t create it but it seems WhatsApp will automatically create a new group where to post messages that may be automatically forwarded to linked groups.

The publication also says that when users join a community, “they won’t be able to view groups that have been unlinked from a group admin.”

Alongside this Community feature, WABetaInfo was discovered more tweaks WhatsApp is readying. For example, in an upcoming feature, when sending media on WhatsApp chat, users will be able to choose different recipients.

Another feature coming is a new section called “Businesses Nearby.” This function will allow you to search for nearby businesses such as restaurants, grocery stores, clothing shops, and more.

Last but not least, WhatsApp will introduce revamped Contact info. It will be similar to a new interface introduced for business info, but with a search shortcut. All of these three features are under development and are currently unavailable for public beta testers.