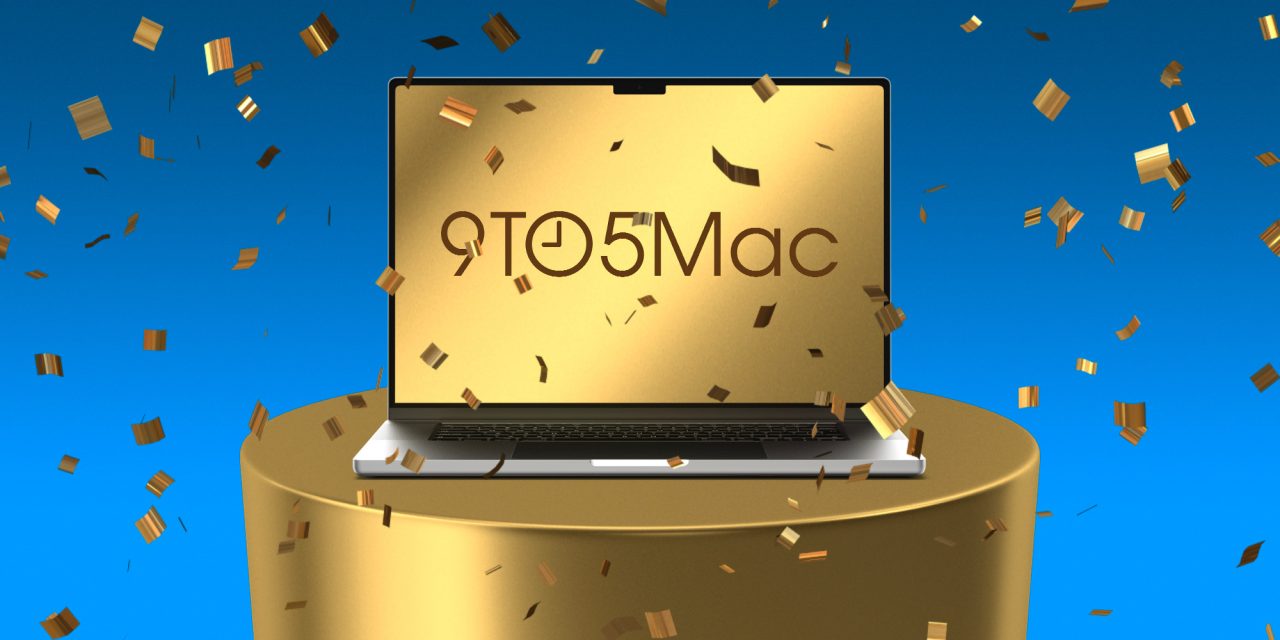 The Apple Silicon transition continued in full-force this year, with the introduction of not only an all-new 24-inch iMac but also a completely revamped 14-inch and 16-inch MacBook Pro lineup. The new MacBook Pro rights many of the wrongs of the 2016-era MacBook Pro generation, and it shows the true prowess and versatility of the M1 chip.

For these reasons, and many more, we are crowning the new 14-inch and 16-inch MacBook Pros as the 9to5Mac Product of the Year.

As I wrote on the day the new 14-inch MacBook Pro was released, I believe the new machines are a stunning return to form for Apple’s pro-grade laptops. Not only to the right the wrongs of the previous MacBook Pro, they also move the goal post even further forward thanks to the ProMotion display with mini-LED.

One of my favorite features of the 14-inch MacBook Pro is that extra inch of screen real estate you get compared to the previous 13-inch model. The 13-inch MacBook Pro/Air display had always felt a bit cramped to me, but I didn’t want to make the jump to the boat-sized 16-inch MacBook Pro. The 14-inch is a perfect compromise for my use case.

None of this is to say the new MacBook Pros are without fault. There have been some issues with the ProMotion display, the SD card slot and HDMI ports aren’t the latest and greatest, and the notch cutout in the display is a clear compromise. Unlike the problems that plagued 2016-era MacBook Pros, however, these problems can be fixed with iterative updates over the next few years.

Anecdotally, I’ll also give an honorable mention to the 24-inch iMac. As Parker talks about later in this post, it’s an incredible machine that strikes a perfect balance between form and function.

Starting at $1999, the new MacBook Pro made the M1 MacBook Air an even better value a year later.

The 16-inch MacBook Pro is by most accounts, the Apple laptop that pro users have been waiting on for years. It’s a product with very few compromises that addresses key areas that users like myself are most concerned about. Out are superfluous features like the Touch Bar, and in are full-sized hardware function keys, MagSafe, and even ports like SD Card (UHS-II) and HDMI (2.0)… — okay, perhaps Apple could have reconsidered its port selection, but it’s clear out of the gate that this laptop means business.

Obviously the most standout feature about the M1 Max MacBook Pro is the performance, which runs circles around any laptop before it, and, depending on the type of work you’re doing, can put many desktops to shame.

If you’re a Final Cut Pro user like myself who opted for the fully-specced version, this is basically your dream laptop. Not only does it have immense bandwidth to handle 8K ProRes timelines, but it also has a forward-thinking display. The M1 Pro and M1 Max MacBook Pro displays provide a 120Hz-capable HDR editing experience that even bests Apple’s high-end $4999 Pro Display XDR, albeit in a much smaller form factor.

Simply put, the 16-inch MacBook Pro can function like a traditional desktop workstation in almost every area. It still boggles my mind that this much power is available in a device that I can throw in bag and take with me on the go. And while I’m on the go, the battery life has been nothing short of absurd. It’s basically as close to perfect as a high-end laptop has ever been in my eyes, making it the obvious winner for 2021 product of the year.

Over the last five years I’ve relied on two MacBooks as my primary machines. From 2016 to 2020 I used the 15-inch Intel MacBook Pro and then for a year I gave a shot to the 13-inch M1 MacBook Pro.

After spending two months with the 14-inch MacBook Pro with M1 Pro chip, it’s become my favorite MacBook. While ports returning is valuable for many, the biggest benefits for me have been the removal of the Touch Bar and the new 14-inch size with slimmer bezels. I’ve found it to be the sweet spot between the 15/16-inch and 13-inch where you get enough of a screen increase to be noticably useful while remaining very light and portable.

Like the 2020 M1 MacBook Pro and Air, the 2021 MacBook Pro’s battery life is super impressive and can often last through two or more days of work at a time. Finally, I love the new form factor with a slightly thicker build that gives a small nod to the design of Apple’s late PowerBooks.

Design-wise, there’s a mix of the modern (slim bezels) and nostalgic (Powerbook G4 look), and I really like it. The screen brightness, contrast and ProMotion smoothing are all big improvements.

Performance is buttery-smooth even when doing 4K video editing, but for me the complete lack of heat and fan noise during everyday use are also big wins. Finally, one of of my favorite features is the battery-life. My Intel machines typically provided five hours of real-life use, while the M1 Max Pro machine gives me a touch over ten hours – which is true all-day life. Personally this is hands-down the best product Apple launched this year.

Apple Silicon continues to extend Apple’s lead in the computer hardware space. The M1 Pro and M1 Max chips inside the MacBook Pro offer powerful CPU and competitive GPU performance without the need for noisy fans. These laptops are not just benchmark kings, they feel noticeably faster in real-world use than their Intel-based predecessors, whilst operating for hours on a single charge with near-silent operation.

However, the 2021 MacBook Pro is more than just new silicon. The new display is stunning to look at and the overall industrial design of the laptop is notably improved, featuring thinner screen bezels and a stylish black keyboard well. The webcam has also been brought up to an acceptable standard and Apple brought back HDMI and SD card slots to satisfy the professional customer base that bemoaned their absence for so long. These new machines are so good in every respect; their brilliance makes it easy to forget Apple’s Mac mistakes of yesteryear.

As an Apple user since 2001, the new 16″ MacBook Pro is the best Mac (and arguably the best computer) I have ever owned. The new display makes design work a dream and, unlike my Intel Core i9 MacBook Pro, the M1 Max is whisper quiet and never gets uncomfortably hot. It’s fast, it’s responsive, and it’s the most-exciting Mac since the Titanium PowerBook G4. It feels like it took a long time for Apple to get here, but it was worth the wait.

Apple reinvigorated two of its most important products this year: the iMac and the MacBook Pro. Each of them is an exercise in restoring a product’s greatness. And while I firmly believe that the M1 iMac is the more fun product of the two gaining a revived personality, the MacBook Pro has been a tour de force in fixing a product’s problems.

Over the past 5 years, Apple tried to fix individual parts of the MacBook Pro one by one. They tried to make the terrible butterfly keyboard work, they improved the thermal envelope, extended battery life, but none of these were enough. The 2021 MacBook Pro fixed nearly every single gripe in one swoop. It brought back much needed ports like HDMI and an SD card slot. It packs a spectacularly good scissor switch keyboard without the dreaded Touch Bar. And while I could do without the notch, it’s at least undeniably new when seen in person.

The best features of the 2021 MacBook Pro aren’t necessarily what’s fixed though. It’s what’s entirely new. My personal favorite feature is the 120Hz ProMotion Retina display. I’ve been waiting years for high refresh rates to make it to the Mac and they have done an excellent job. Another feature that I love is the all-new design. While it takes lots of cues from PowerBooks from the early 2000s, it’s got a fresh look that is completely different from previous generation MacBook Pros. The boxier design coupled with the all black keyboard makes quite the statement.

Obviously though, the star of the show is the next generation of Apple Silicon in the M1 Pro and M1 Max chips. I’ve been using a machine with the M1 Pro chip and I’ve had almost zero hiccups or lag. These machines scream, no matter which configuration you pick. At the end of the day, you can’t go wrong with the MacBook Pro. It’s a no-brainer purchase if you are willing to pay for it.

After relying on a baseline 2019 16-inch MacBook Pro for the past two years, I was delighted that Apple not only brought all of its custom silicon to some higher-end machines, but also introduced the new 14-inch form-factor earlier this year. So that’s the model I had to go with. Stepping down to that smaller size but with all of the power offered by the M1 Max chip has been nothing short of a game changer for my workflow.

The return of MagSafe and a capable battery make it a dream for working away from the desk, and having an SD card slot once again truly comes in handy every day. That alone makes it a notable upgrade, never mind all of the other improvements. So it’s a pretty easy choice to have the new M1 Max MacBook Pro be my favorite release of the year from Apple.