The 9to5Mac Apple Product of the Year: The M1 MacBook Air, Mac mini, and MacBook Pro 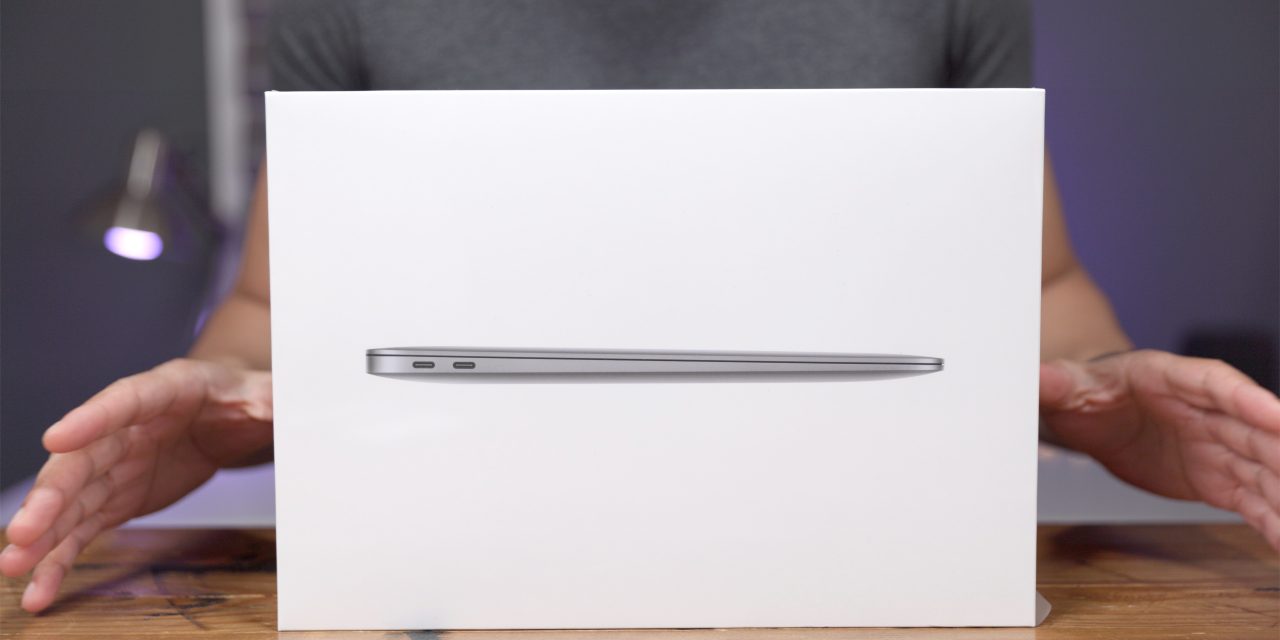 Apple first unveiled its plans to transition away from Intel processors at WWDC in June, detailing that the first Mac powered by Apple Silicon would be released before the end of the year. As it turns out, Apple released three Macs powered by its new M1 chip: a MacBook Air, MacBook Pro, and Mac mini.

Despite Apple having a strong 2020 in nearly all regards, the M1 Mac is what we are officially crowning as the 9to5Mac Product of the Year.

We debated about whether to focus purely on the M1 MacBook Air or to branch out and include the M1 Mac mini and MacBook Pro in the “Product of the Year” category. Ultimately, because all three of these machines are so similar, we decided to focus on the entire family of M1 Macs. This is a monumental shift in the state of the Mac, and even bigger changes are still to come in 2021.

Read on for a round table discussion with the 9to5Mac team on what we love most about the first M1 Macs.

Of all of Apple’s incredible products released this year against the backdrop of the pandemic, the M1 Macs and specifically the M1 MacBook Air changed the game the most. Those working from home now found themselves with beyond desktop-level snappiness in the interoffice envelope-sized fan-less MacBook Air. If that weren’t enough, real battery life went from less than a workday to multiple workdays. Compatibility-wise, Apple knocked it out of the park with almost all but a few edge case apps working out of the box and an almost transparent Rosetta 2 emulator cleaning up the apps still built for Intel.

For me personally, it means I no longer need a pro machine when I’m out and about (which I will someday take advantage of!). And specifically, when I go on ski trips, I no longer need to bring an iMac to get serious work done. I can just leave a big $200 display in both my office and our ski condo and it feels just as snappy. I imagine a lot fewer people will opt for desktop computers in the coming years when all of this power is available in a portable…with no fans!

During the era of the butterfly keyboard, stagnant performance improvements, and a rough transition to USB-C and Thunderbolt 3, it was hard not to feel discouraged about the state of the Mac. Over the last 12 months, all of that has changed and I can now confidently say that I’m hopeful and excited bout the future of the Mac.

I’m using the base model M1 MacBook Air, and it’s the best Mac I’ve used in years. It’s fast, reliable, has stellar battery life, and comes in at under $1000. I upgraded to the M1 MacBook Air from a beefed-up 16-inch MacBook Pro, and the only thing I miss is the larger display.

As such, I fully expect to upgrade to the Apple Silicon-powered 16-inch MacBook Pro, whenever it’s released in 2021. For now, however, the M1 MacBook Air is the best Mac for most people, and the first Mac I feel entirely comfortable recommending to the average consumer in years.

The M1 Macs are worthy of being crowned product of the year, not only because they have impressive power and are incredibly efficient, those qualities were a given to anyone who’s been paying attention to Apple’s year-over-year silicon advancements. What surprised me, however, is how well Apple was able to make the software work so seamlessly on day one.

The experience hasn’t been without a few hiccups, but by and large, the M1 Macs are a feat when it comes to software compatibility. Right out of the gate, all of the so-called “pro” Mac apps were updated with native universal binaries, and even apps that weren’t designed for Apple silicon ran smoothly thanks to macOS’s impressive Rosetta 2 translation.

Of all products released in 2020 — and it is an impressive lineup if you go back and peruse the entirety of the year’s timeline — the M1 Macs stand alone. Think about it: Apple released three new Macs with an all-new architecture in the middle of a pandemic. That’s amazing to me.

We’ve seen hardware redesigns, OS evolutions, Retina displays, and even a bizarre butterfly keyboard debacle since then. Still, nothing has been as dramatic and platform-shifting as the debut of the M1 processor. The $999 MacBook Air not only outperforms machines that cost 3x that amount, but it does so with remarkable battery life and a fanless design without compromising on cooling and performance.

The current design even gets a pass since it only debuted in 2018, and the M1 chip is such a leap forward in the overall experience. My biggest wish for a second revision in the future is built-in cellular, you know, like iPads. The MacBook Air is so portable and adaptable that built-in LTE or 5G would be a no-brainer upgrade for me.

I picked up the base 13-inch M1 MacBook Pro at launch with the plan of replacing my 2016 15-inch MacBook Pro. I was a little hesitant to go for 8GB RAM with the new machine since I had 16GB with my 15-inch. However, I was really curious to see how well the base M1 MacBook Pro could perform.

Over the last two months, I’m stoked to say it runs circles around my 15-inch MacBook Pro. I don’t have really intense daily workflows but I usually run 7 or 8 apps at a time with lots of Safari tabs open and some light photo editing.

The best way I can describe how an Apple Silicon Mac feels is it’s the closest I’ve had a MacBook (or any notebook/desktop) come to moving about as fast as I think. Apps open almost instantly, it’s just so responsive and smooth.

I’ve been a Mac user since 2005 when I purchased the PowerBook G4. That was the only PowerPC computer I owned as the Intel transition happen a few years later. In my lifetime, I can count on just a handful of technology transitions that have felt like true breakthroughs: Wi-Fi, solid-state drives, and Apple Silicon.

In just a few weeks with the M1 laptop, I can say that I never knew battery life on a laptop could achieve these results while remaining so powerful. For those people that wanted Apple to release a Netbook for ultra-portability, they’ve finally done it. Apple Silicon is as important to Apple’s future as any consumer product they’ve released in their history.

No other Apple product improved more this year than the MacBook Air. I’ve been a fan of the Air since Steve first pulled one out of a manila envelope more than a decade ago. But the 2020 M1 MacBook Air is the first version to make no compromises when it comes to performance. It’s the thinnest Mac you can buy and yet it’s now also one of the most powerful. I switched to the new M1 MacBook Air from a 2019 16” MacBook Pro. It seemed like it’d be a radical shift, but I was used to the form factor as I had previously used a 2018 MacBook Air.

They may look the same but they feel worlds apart in day to day use. I feel as though I’ve made no compromises switching to the smaller, lighter, and far more affordable machine. It’s blazing fast and rarely ever has hiccups. I can push it to its limits and not be afraid of getting the dreaded infinitely spinning rainbow beach ball. It’s the first Mac that succeeds in answering the question Steve once pondered while introducing the 2010 MacBook Air, “What would happen if a Mac and an iPad hooked up?”

Yesterday, I returned my new MacBook Air with Apple’s M1 chip. That might not sound like a resounding endorsement in an article proclaiming it as Apple’s best product of 2020, but it really is. In truth, I came away from it so astounded by its performance that I’m eager to pick up whatever the next version of this silicon will be on Apple’s higher-end Pro laptops — hardware that will presumably bring other features I need (mostly just more USB-C ports, if I’m honest).

I took a look at how the entry-level computer does under load with its measly 8GB RAM around launch time, and the results were astounding to say the least. And after more than a month using the computer, I stand by most of what I said in that article. Even with just 8GB of RAM, I just can’t express enough how pleasant juggling multiple tasks has been on this $999 machine, and performing those tasks feels just as fast in normal use as Apple’s top-of-the-line offerings.

For now, I’m so impressed that I’d rather wait a year or two to get the same Apple Silicon benefits in a machine (M2X?) that’s more in tune with my needs. Oh, and I’m also looking forward to rumored external design modernization coming to the next generation laptops, too. If that’s not you, you should certainly feel confident making the 2020 MacBook Air with Apple Silicon your multi-year laptop commitment. It’s truly an incredible value.

In general, I find myself slow on the uptake when it comes to first-generation tech. When it came to the new MacBooks, I felt that pull to stay put even more given how much I loved my 16-inch MacBook Pro. But the hype eventually wore me down and I couldn’t resist. I now have a 13-inch MacBook Pro and Mac mini, both featuring the new M1 silicon. It’s that good. While my daily use may be more limited than some, every app that I use regularly has functioned without issue. First-party software has been flawless and the speed of apps like Pixelmator has been a joy. I can’t remember the last time I was genuinely excited about a new piece of technology.

The M1 Mac lineup are easily some of the most exciting machines to launch from Apple in years, and the latest Mac mini has proved that for me already. It’s as snappy, powerful, and efficient as all the hype lets on, making its application as a home media server all the more notable in my use case. Rather than taking it for a spin as a daily driver, I’ve had it handling Plex alongside a series of other tasks with impressive results. So if there has ever been a Mac mini geared towards using as a home server, the M1 model is certainly it and far exceeded my initial exceptions.

Now that we’ve voiced our opinion on the “Product of the Year,” we want to do know what you think. What was your favorite new Apple release this year? Let us know down in the comments!