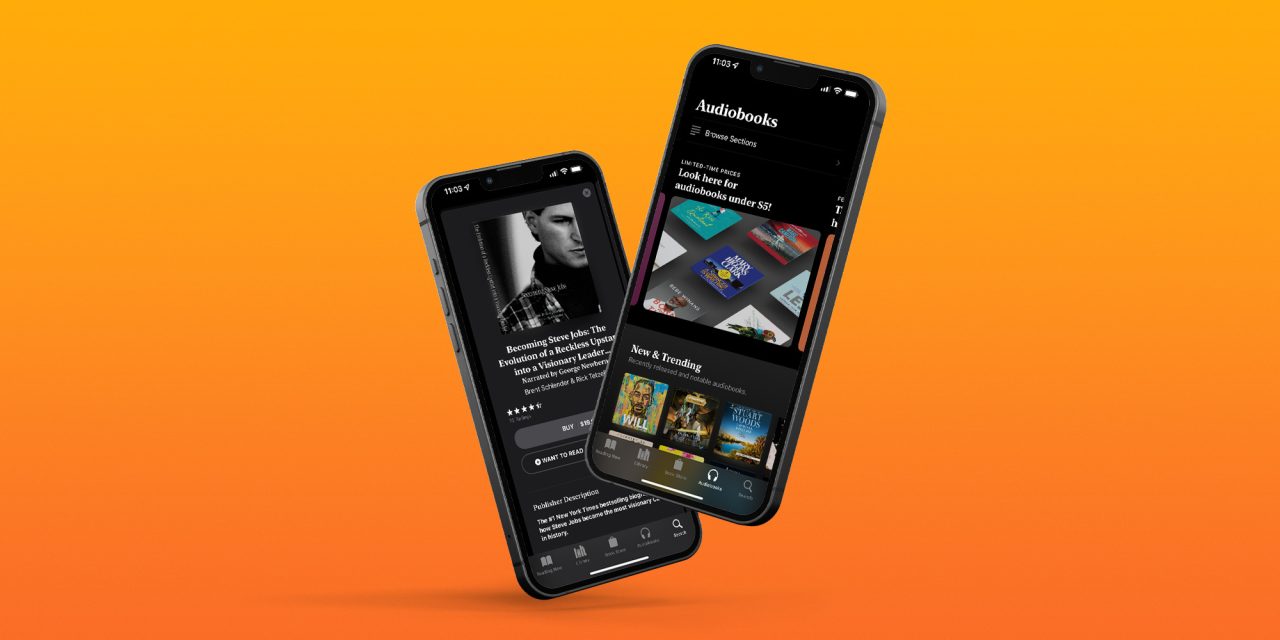 According to a piece by The Economist about Apple’s effort in competing with Netflix, Disney, and Amazon on the video streaming war, there’s an interesting tidbit regarding the company’s next move in services:

In the past couple of years Apple has made smaller media bets including Arcade, a subscription gaming package, News+, a publishing bundle, and Fitness+, which offers video aerobics classes. There is talk of an audiobooks service later this year.

Unfortunately, the story only mentions the possible audiobooks service once, but this is the first time a major publication backs up this new field. For example, a few weeks ago, Bloomberg’s Mark Gurman wrote in his Power On newsletter that we should get ready for more Apple services in 2022.

Although he doesn’t make any assumptions, Gurman gives his opinion about what Apple should do. In his words, “expand the Apple One program and better integrate services.”

The next thing I believe Apple can do to grow services is to better integrate them. Right now, Apple One makes sense for consumers because of the discounts, but Apple’s individual offerings really don’t integrate with one another in the same way that an iPhone, Mac, and Apple Watch all play nicely.

Apple could address this by integrating Apple TV+ with iTunes Movies. For instance, the company could throw in a few free rentals a month with a TV+ subscription. That could solve the back catalog problem and make the monthly fee more valuable. Another idea possibility is requiring a TV+ subscription to access podcasts about TV+ shows in the Podcasts app.

In order to get as much value out of its services, Apple will need to offer better bundle packages and better integrate its various different offerings in 2022 and beyond.

In these past years, there hasn’t been a lot to corroborate with The Economist‘s report. For example, in 2020, Apple hired Amazon Video executive James DeLorenzo to lead the sports division on Apple TV. Since then, the company hasn’t aggregated a lot of efforts on the sports section, but, at least, DeLorenzo has an interesting background in another Amazon subsidiary. He was a Senior Vice President of Audible, Inc., a company focused on audiobooks and storytelling.

Audible, it’s important to note, is part of Apple’s “established program for premium subscription entertainment providers,” and since 2021, its users can buy audiobooks directly within the app, using Audible credits, like the way users can buy Amazon Prime movies and TV shows within Amazon’s built-in content store.

Although we still have to wait and see if more analysts and leakers will corroborate with Apple adding new services to Apple One, there are some areas the company could easily create new services to make its Apple One bundle even more appealing. For example:

Not only that, but Apple has still a long way to go to expand already existing services. Apple News+ is still very limited and the Apple Card, although not a service subscription-based product, is still only available in the US. Apple Fitness+ saw a major expansion later last year, but there are a ton of countries still waiting for this option.

Of course, it’s not that easy for the company to simply roll out products across the globe. In Brazil, for example, Apple never offered the ability to buy TV shows within the iTunes Store nor have access to audiobooks.

When or whether Apple adds or expands its services, the company has also a better opportunity to earn more money by offering pricier bundles such as the Apple One Premier.