You can now buy audiobooks directly within the Audible app, using Audible credits 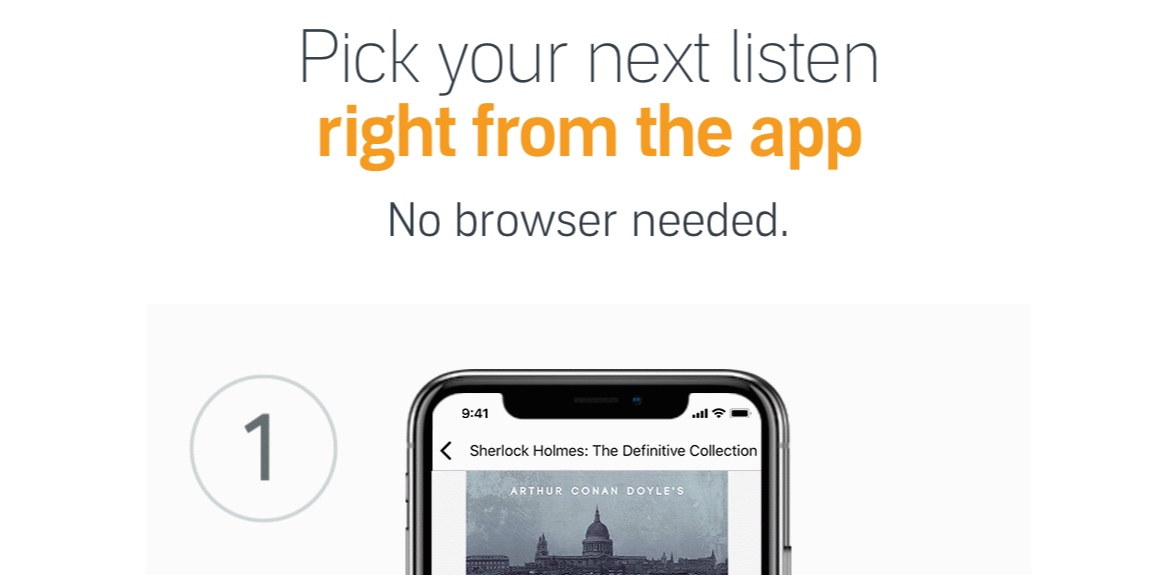 It is now possible to buy new audiobooks and add them to your Audible library without having to use the web browser. (Update: Some readers are telling us they have had this ability for a while. We have reached out to Audible for clarity.)

With an Audible membership, users get (at least) one credit per month to spend to buy and own an Audible book forever. Before today, iOS users were forced to visit the Audible.com website to actually spend these credits. But now, this functionality is available directly inside the native Audible app on iPhone and iPad.

The old requirement to use the website instead of the in-app flow is thought to be due to Apple’s strict rules about In-App Purchase. App Store rules ensure Apple gets its 15-30% commission on eligible digital goods transactions.

To work around these fees, many companies only let users log into their accounts in the app but anything involving subscribing or purchases must happen outside of the app (usually, through the website). This is why Netflix doesn’t let you subscribe in the iPhone app itself, or why you have to go to Amazon.com to buy Kindle books. The purchased Kindle books can then appear in the Kindle app, but you can’t actually perform the transaction inside the application.

It is believed Audible’s subscription model was previously caught up in this policy mess. However, starting today, the company is advertising that these workarounds are no longer necessary as of Audible version 3.45. If an account has available credits to spend, users can simply browse the Audible catalog in the native app and press the Add to Library button to buy it.

It’s not clear what happened that led to this sudden change in behavior. It is possible Apple has changed its interpretation of some App Store rules surrounding in-app purchase in the wake of looming antitrust regulation. A major lawsuit trial between Apple and Epic Games begins in May.

Note that it is still not possible to buy additional credits within the app, or subscribe to the membership in the first place. These actions must still be done outside of the iOS app.

Almost exactly a year ago, the Amazon Prime Video app suddenly started allowing customers to buy TV shows and movies from within the app directly. It was later confirmed to be part of a new program Apple had arranged for premium video partners.