The Rewind: iPhone 13 mini – the last of the best smartphone? 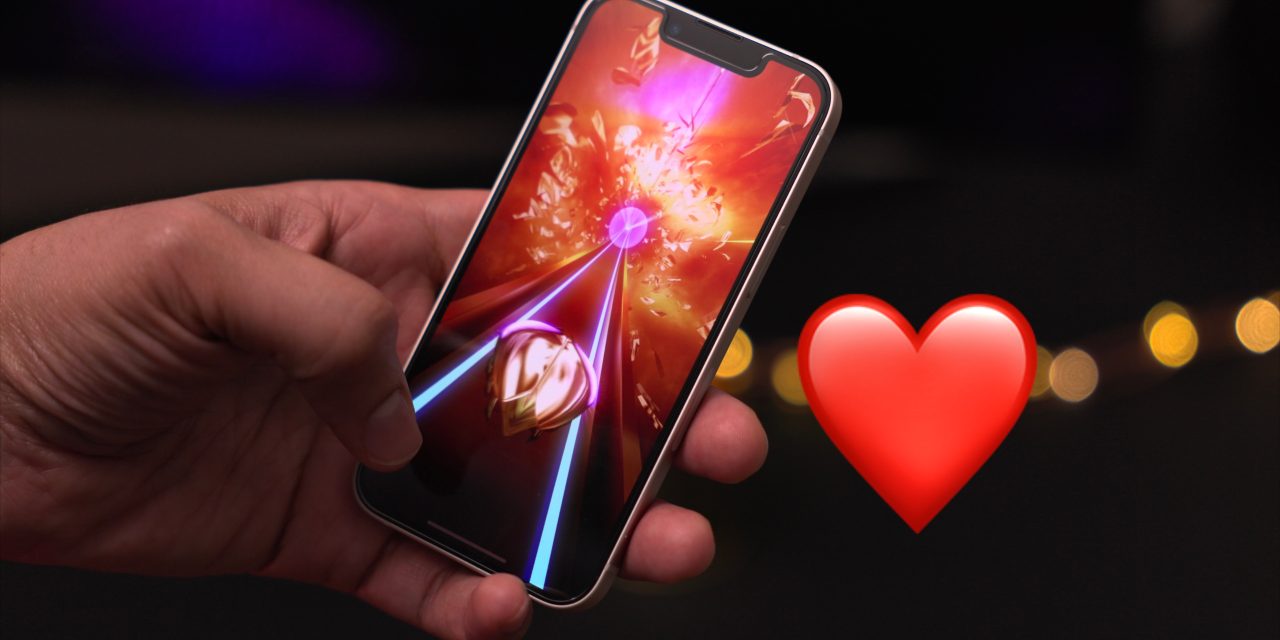 Rumors have suggested that Apple’s mini iPhone, which first came on the scene with 2020’s iPhone 12 mini, won’t be long for this world. Although Apple released the iPhone 13 mini last summer, it’s possible that its release is the last “mini” iPhone that we’ll see. That’s unfortunate, because as I discuss in this episode of The Rewind, the iPhone 13 mini is my favorite smartphone of all time.

As I’ve stated many times in the past, iPhone 4-era design, with its flat edges, sandwiched between two pieces of glass, was my favorite iPhone design up until last year’s iPhone 12. With that release Apple perfected an already great design by removing the Home button in favor of what roughly amounts to an edge-to-edge display.

By adopting swipe gestures for navigation and Face ID for authentication, Apple was able to delete the Home button. This gave way to a much larger display than we had with the 3.5- and 4-inch displays found in the iPhone 4 and 5, respectively. The iPhone 13 mini features a 5.4-inch display, yet it’s placed inside a chassis that’s only 0.31 inches taller and 0.22 inches wider than the iPhone 5. Granted, the iPhone 13 mini sports a roughly 2:1 aspect ratio versus the decidedly wider 16×9 aspect ratio of older generation phones, so it’s not exactly apples to apples.

But what really makes this smartphone so great is its handheld usability. I can easily navigate around iOS with just one hand, and finger fatigue is much less of an issue than it is with larger phones. It’s also easier to store the iPhone 13 mini in a jeans pocket, and it looks better than its siblings when mated with accessories like the MagSafe Battery Pack and the iPhone Leather Wallet.

While it doesn’t feature the lofty battery life, pro camera features, and display improvements of its bigger brother, the iPhone 13 mini is the pinnacle of iPhone design, if you ask me. When you combine its proportions, materials, and user experience, it doesn’t get any better than this.

The Rewind: iPhone 13 mini – my favorite smartphone ever

Sponsor: GET 30% off iMazing for a limited time

The iPhone 13 mini features 800 nits max brightness (typical), which is a decent improvement over the iPhone 12 mini’s 625 nit max brightness. This results in a device that’s a little bit easier to use while in bright conditions, but it’s one area where the iPhone 13 Pro separates itself from the baseline models.

The iPhone 13 Pro features significantly higher typical brightness (1000 nits), and more importantly, ushers in ProMotion support to the iPhone for the first time. ProMotion, which first debuted in the iPad Pro, brings variable refresh rate technology to the iPhone, making it possible to enjoy 120Hz refresh rate for smoother scrolling and improved text rendering while scrolling.

ProMotion is one of the key features that had me strongly considering going with the iPhone 13 Pro as my daily driver, but I ultimately decided that I valued the portability of the iPhone 13 mini more.

Last year I came close to making the iPhone 12 mini my main device, but the battery life wasn’t quite good enough to make that happen. This year, primarily thanks to a more efficient A15 chip, Apple addressed the battery life issue on its smallest iPhone. Although it won’t compare to the ridiculously long-lasting Max model, the iPhone 13 mini improves just enough for me to usually get through a full day’s usage.

With that said, I’ve grown accustomed to keeping the MagSafe Battery Pack around to help get through days when battery life may be an issue. As I noted in my hands-on review of the MagSafe Battery Pack, this is a device that works with all MagSafe-enabled iPhones, but seems to have been specifically designed with the iPhone mini in mind.

The iPhone 13 mini comes with 128GB of storage, meaning Apple has doubled the storage of its baseline devices while charging the same $699 price. These days, 64GB of storage in a smartphone is doable, but having 128GB in the base model is a big win for customers, and enough storage for the average user.

MagSafe is probably the best smartphone accessory lineup that we’ve seen since smartphones became mainstream with the original iPhone. Besides my MagSafe-enabled iPhone Leather Case, my second most-used MagSafe accessory is the iPhone Leather Wallet. The Leather Wallet conveniently attaches magnetically to the back of the iPhone 13 or to the back of a MagSafe-enabled case. Apple recently improved the Leather Wallet by adding Find My support so that you can track it in the Find My app if it’s ever lost or misplaced.

The aforementioned MagSafe Battery Pack, of course, is an accessory I use here and there when necessary. At $99, it should probably cost half of what it does, but you can’t beat the ease of use and iOS integration.

A couple of additional MagSafe-enabled products that I use sparingly are the MagSafe Duo (review), which I’ve relegated to only using while traveling, and the Moment Multi Threaded Mount for MagSafe. Moment’s accessory is particularly intriguing, in that it provides a quick and easy way to mount your iPhone to a camera rig, which is great when using your iPhone for functions like monitoring and camera control.

All iPhone 13 models include Apple’s newest A15 system on a chip. From the cheapest iPhone 13 mini to the most expensive iPhone 13 Pro Max, you more or less get similar CPU performance across the board. Granted, there are discrepancies in the amount of GPU cores and memory when comparing baseline and pro devices, and this may make a difference depending on the apps you use.

Another noteworthy improvement is sensor‑shift optical image stabilization support for the wide angle camera, a feature that was previously exclusive to last year’s pro model. Sensor shift is also geared toward improving low light photography, and speeds up Night mode capture by helping to keep the camera stabilized while shooting handheld.

There are added software improvements, like Cinematic mode, which brings rack focus video capability to the masses, and Photographic Styles to add in-camera personalized looks based on tone and warmth adjustments.

As good as the iPhone 13 mini camera system is, the cameras make for the biggest differentiator between the iPhone 13 Pro and the baseline iPhone 13. The Pro version includes a telephoto lens, along with professional features like Apple Pro RAW capture for photos, ProRes capture for videos, macro support, improved Night mode performance, etc. Perhaps most notably, the iPhone 13 Pro features a faster aperture for better low light capture in both its wide and ultra wide cameras.

There’s no question that you sacrifice several noteworthy camera enhancements by skipping out on the pro models. Nevertheless, the iPhone 13 mini features a camera system that’s capable of taking fantastic-looking photos and videos.

The iPhone 13 mini isn’t the most feature-dense Apple smartphone that you can buy today, but it’s the best looking iPhone, and feels the best in the hand when using it. If you’re an iPhone mini fan, remember how this feels, because it’s probably not going to be this way for long. Chances are this is the last year of the iPhone mini based on rumors, which is sad, but not all that surprising given the reports about sales figures for Apple’s smallest smartphone.

If the iPhone 13 mini does turn out to be the last mini iPhone in Apple’s lineup, I can say that I enjoyed it to the full, and may continue to use it even after its time in the spotlight has passed.

What do you think about the iPhone 13 mini? Would you be disappointed if we don’t see an iPhone 14 mini? Sound off down below in the comments with your thoughts.

The Rewind is a series that aims to take a look back at Apple tech after extended usage. If you enjoyed this episode, consider subscribing to 9to5mac on YouTube and catch up with some of my previous episodes: